By Cara Crotty on 12.28.20
Posted in Affirmative Action

A federal judge in California has imposed a nationwide injunction prohibiting enforcement of portions of Executive Order 13950. The court’s Order grants a preliminary injunction against the application of the Executive Order to contractors and grantees.

President Trump issued Executive Order 13950, “Combating Race and Sex Stereotyping,” on September 22. We have previously reported on the Executive Order in more detail, but in summary, it prohibits federal contractors from “inculcating” in their employees certain concepts considered divisive. “Divisive” topics include race or sex stereotyping or scapegoating, and the idea that one race or sex is inherently superior to another race or sex.

Unconscious or implicit bias training is prohibited to the extent it teaches or implies that an individual, by virtue of his or her race, sex, and/or national origin, is racist, sexist, oppressive, or biased, whether consciously or unconsciously. Training is not prohibited if it is designed to inform workers, or foster discussion, about pre-conceptions, opinions, or stereotypes that people—regardless of their race or sex—may have regarding people who are different, which could influence a worker’s conduct or speech and be perceived by others as offensive.

Two lawsuits were filed challenging the legality of the Executive Order:  one by the National Urban League and the National Fair Housing Alliance, and one by the Santa Cruz Lesbian and Gay Community Center and other non-profit community organizations and interested parties. The second suit gave rise to the preliminary injunction.

The Santa Cruz Lesbian and Gay Community Center and seven other organizations and consultants filed suit in the Northern District of California. The plaintiffs include community organizations that serve underrepresented members of society, including people of color and LGBTQ individuals, and they provide training to healthcare providers, government agencies, business, and their own employees on topics pertaining to systemic and unconscious bias and its effect on individuals receiving healthcare. The plaintiffs are all contractors or grantees concerned that the Executive Order requires them to abandon or alter the training sessions that are vital to their missions.

The crux of the plaintiffs’ claims is that the Executive Order violates their First Amendment right to freedom of speech because it restricts their ability to train their own employees on matters that have nothing to do with a federal contract. They also argue that it violates the Due Process Clause of the Fifth Amendment because it fails to provide sufficient notice regarding what speech is prohibited. The plaintiffs contend that the Executive Order is so vague that they cannot determine what speech could lead to government penalties.

The district judge, Beth Labson Freeman (an Obama appointee), agreed with the plaintiffs. 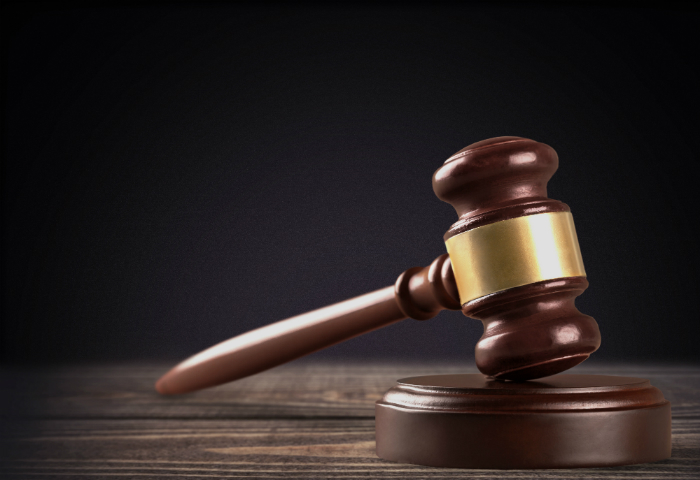 Judge Freeman's findings include the following:

On this final point, Judge Freeman discussed the prohibition in the Executive Order on training that “an individual, by virtue of his or her race or sex, is inherently racist, sexist, or oppressive, whether consciously or unconsciously.” The court found that the ambiguity of this language “is only exacerbated” by the OFCCP’s FAQ (quoted above), which provides that such training is not outlawed if it “informs” as opposed to “teaches” or “implies.” According to the judge,

The line between teaching or implying (prohibited) and informing (not prohibited) ‘is so murky, enforcement of the ordinance poses a danger of arbitrary and discriminatory application.’

Judge Freeman concluded that the plaintiffs are likely to prevail on their claims that the Executive Order unlawfully infringes on their freedom of speech and that it is void for vagueness. She also found that an injunction that was limited to the Northern District of California and the parties in the case would not adequately protect the plaintiffs from harm because it would not apply to third parties with which they contract; thus, she issued a nationwide injunction.

The preliminary injunction applies only to Sections 4 and 5 of the Executive Order, which relate to contractors and grantees. It does not affect those sections applying to the federal workforce or to the United States Uniformed Services, as those portions were not at issue in this case. The Judge's order prohibits the federal agencies named as defendants from doing any of the following:

The Order also directs the defendants to “take appropriate steps to ensure prompt compliance, and shall provide notice of this injunction to contractors, subcontractors, grantees, and sub-grantees for whom such terms have been imposed.” We note, that as of this writing, the OFCCP’s webpage on Executive Order 13950 is still active, but the agency has added the following notice:

Attention: OFCCP is complying with the recent preliminary injunction enjoining enforcement of Executive Order 13950 as to federal contractors. The agency will publish more information soon.

Significantly, the court’s Order is only a preliminary injunction, which -- although effective immediately -- could be reversed or modified upon further review by the court or on appeal. And of course, the case could become moot if (when) President-elect Biden rescinds the Executive Order in its entirety.