Minimum wage for some federal contractors increasing to $15

Some employees will be getting a raise. 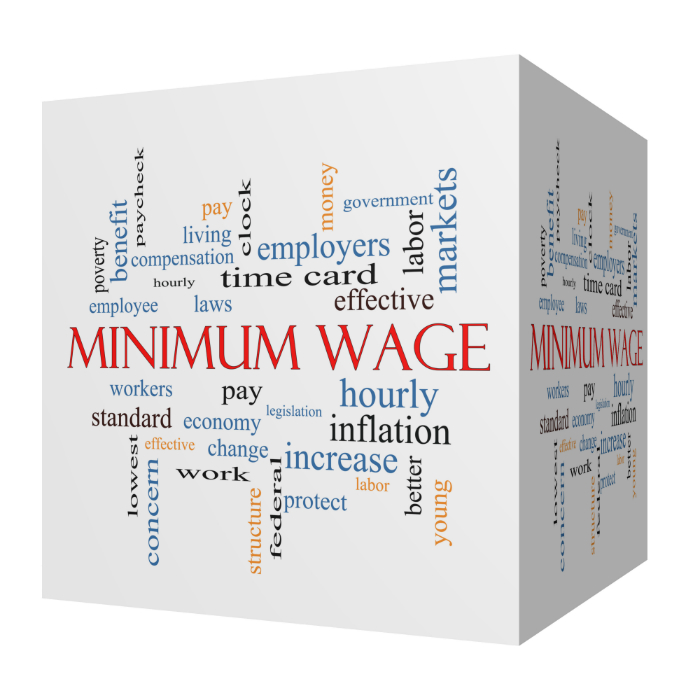 The changes won’t take place for months, but here is what covered contractors need to know:

Which federal contractors have to comply with the minimum wage requirement?

The new requirement will apply only to the following types of federal contracts where the wages of the employees are governed by the Fair Labor Standards Act, the Service Contract Act, or the Davis-Bacon Act:

In other words, this applies to the same contracts that were covered by Executive Order 13658, which is officially superseded by this new Executive Order to the extent that it is inconsistent.

Which employees will be covered by the minimum wage requirement?

When will the new minimum wage rate go into effect?

Federal agencies will not start including the $15 minimum wage in new solicitations until January 30, 2022, and the new wage provisions must be included in new contracts by March 30, 2022.

Will existing contracts be covered by the new minimum wage requirement?

The new minimum wage requirements will affect existing contracts only when the agreement is extended or renewed by the parties after January 30, 2022. However, for existing contracts that are renewed and for solicitations that occur between now and January 30, 2022, “agencies are strongly encouraged, to the extent permitted by law, to ensure that the hourly wages paid under such contracts . . . are consistent with the minimum wages specified” in the Executive Order.

Will the minimum wage increase each year?

You betcha! Consistent with prior Executive Order 13658, the wage rate will be adjusted annually to account for cost of living increases.

Can tipped employees still be paid a subminimum wage?

Can covered contractors pay workers with disabilities a subminimum wage?

Not anymore. The Executive Order requires all workers to be paid the $15 minimum wage, including “handicapped workers” whose wages are calculated based on special certificates issued by the Department of Labor under Section 14(c) of the FLSA.

Will the new requirements apply to subcontractors?

Of course! Covered contractors will be required to include the contract clause in lower-tier subcontracts.

Will there be regulations under this new Executive Order?

The Executive Order directs the U.S. Department of Labor to issue regulations implementing the Executive Order by November 24, 2021. Those regulations will provide contractors with more detailed guidance on compliance, so be sure to stay tuned for that additional information, including the proposed regulations that will be issued for notice and comment.