Posts in celebrating women.
Are women taking back Hollywood?

By Heidi Wilbur on 1.31.18
Posted in celebrating women

Continue Reading ›
Let’s Hear It for the Sheroes! 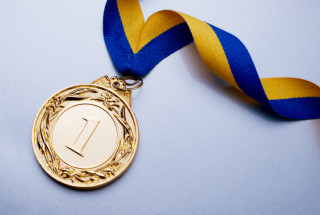 needed to tell the women attorneys at Constangy that they were #1 in the best law firms for female attorneys, but it is nice to get public recognition like we did today in Law360.

Women make up more than 40 percent of law school classes, but comprise only about 35 percent of attorneys in private practice, and only 23 percent of partners. Law360’s 2017 Glass Ceiling ...

Our politicians regularly debate how high the minimum wage should be, and which workers should earn overtime pay, but in my 30+ working years, I cannot recall any significant push to rid ourselves of the nearly untouchable dinosaur known as the Fair Labor Standards Act (FLSA). Women in particular, however, should take a fresh look ...

What do the following have in common?

EDITOR'S NOTE: This is the third and final post in the blog series Diary of a Pregnant Lawyer – Pregnancy in the Professional Workplace. The first blogmester is here, and the second is here. Mallory wrote all three installments before she had her baby on December 22.

Welcome to the Third Blogmester! This blogmester feels very near and dear to my heart, because as I ...

EDITOR'S NOTE: This is the second in the three-trimester blog series Diary of a Pregnant Lawyer – Pregnancy in the Professional Workplace. The first blogmester is here. On December 22 (after she wrote her last "blogmester" post, which we'll publish later this month), Mallory gave birth to Margot Eleanor Ricci. Congratulations, Mallory!

If you spent the first trimester escaping to your office for 30-minute power naps, escaping to the bathroom for vomit sessions, or escaping to the fridge for some craving-satisfying snacks, things may be looking a little better for you now.

Unless you’re like me, and the fun times are rolling for a little while longer.

In any event, this second 12-week period is considered to be the easiest. But that doesn't mean the second trimester doesn't come without issues, some of which involve the place where professional women spend the majority of their time – work!

Let’s read about some other practicing attorneys’ experiences during the middle of their pregnancy and see if this trimester is as uneventful as it seems . . .

"I was six months pregnant with my first child, and huge. I was at a hearing in the judge’s chambers. Opposing counsel asked when I was due, and I said in three months. The male judge looked at me in amazement and said 'are you expecting twins?' I said 'no,' and he was hugely embarrassed. Needless to say, I won the hearing."

"I may be one of the only women who HATED being pregnant. (Or at least one of the only ones to admit it.) I was grouchy, to say the least. However, with that grouchiness came a positive. For approximately 25 weeks (after I went public in the office), I reveled in the fact that the men completely left me alone. I got more work done those 25 weeks because our male dominated office at the time treated me like I had the plague. It wasn’t mean--it was for their own safety and self-preservation. I was spared the hour-long football story distractions and petty arguments that come along with practicing law with an office full of brilliant A-type personalities. My partners also took advantage of my 'grouchiness.' I was the one who was always picked to have the controversial phone calls with opposing counsel (also men). It was a great way for me to vent my irritation--and useful, too, because we were preparing for trial all that summer with a very difficult opposing counsel. Needless to say--I usually got my way, and my husband enjoyed the fact that I was a little nicer at home!"

"While I was pregnant, opposing counsel was pregnant, too. Under the state rule, the duration of a deposition is severely limited, and I ended up having to ask the Court for additional time because of the number of bathroom breaks that my opponent took. She opposed the motion, but I was granted the additional time."

As I sit here I am well into the third trimester of my first pregnancy. While typing this introduction, I have had to “go” three times, and I have my feet propped up on two unused computer bags under my desk because by the end of the day my feet look like ...

Our sister blog, Employment & Labor Insider has once again been named by the American Bar Association as one of the top 100 Blawgs out of 4000. Robin Shea is the Blawg Editor and primary author who entertains, informs and provides common sense employment law insight every Friday without fail. She has also been a great mentor to me - a more novice blogger - and our great team of FOCUS ...