Our politicians regularly debate how high the minimum wage should be, and which workers should earn overtime pay, but in my 30+ working years, I cannot recall any significant push to rid ourselves of the nearly untouchable dinosaur known as the Fair Labor Standards Act (FLSA). Women in particular, however, should take a fresh look at the FLSA and how it is hurting them from achieving what they want from their workplaces and pursuing work of choice, and consider whether it is time for a complete overhaul of this archaic law. Real foundational change could also have multiple other benefits including employer growth and success, benefits for minorities and children, and the lives of male workers.

This blog will be the first in a three part series taking a fresh look at the FLSA, with a particular focus on its negative impact on working women, and how real change could be a real boon for women. This "Part 1" will examine the history of working women, address why women are leaving the workplace, and what women want from their employers to attract them to stay.

Finally, Part 3 will bring everything together and explore how the FLSA works against women in achieving their professional goals as well as better work-life balance. It will also consider alternatives to the current structure of the FLSA and the positive impact real change could have on U.S. businesses and women alike.

History of Change for Working Women

Next year, 2018, will mark the 80th anniversary of the Fair Labor Standards Act (FLSA). Following the great depression, it was passed in 1938 with the good intention of encouraging business to hire more workers (by paying a penalty for working employees over 40 hours), establishing a minimum wage for workers with low bargaining power, and protecting children from horrendous child labor and working conditions. In 1938, these goals were important for helping one parent obtain gainful employment and allowing children to get an education and be kids.

In 1960, only 25% of married households with children under 18 had both parents working. By 2012, that number more than doubled to 60%, and the number of     households with only a married mother working tripled. In 2015, 64% of women with children under age 6 were working (compared to 74% of working-age women with children between 6 to 17 years old), and 29% of working women with children under 6 were single parents.[1] While women are breaking glass ceilings, are more valued by companies who recognize that diversity contributes to higher financial outcomes, and more women than men have college degrees, women are still choosing to leave the workforce. The Bureau of Labor Statistics show that between 2000 and 2015, the percentage of women in the workforce decreased from 59.9 to 56.7, with the highest decreases in the prime age range of 25-54. So why is this happening?

While every woman who has decided not to work has their own individual reason, according to the 2016 Gallup study, “Women in America: Work and Life Well-Lived,” companies’ biggest competitors for talented women are their children. Whether a working mother decides to accept a particular job is often less about a paycheck, and more about having the ability to do what they do best, having a job they can depend on, and having greater flexibility, including flexible hours, schedules, and time out of the office. According to Gallup, female millennials are surprisingly aligned with female Gen X and baby boomers in these considerations. For working mothers, jobs with rigid schedules are rarely attractive or practical. 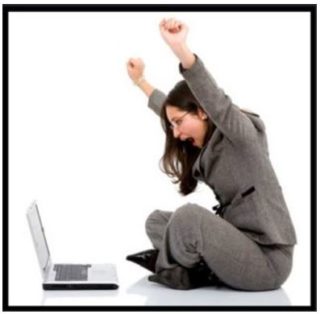 While pay is not the highest priority for the majority of working women, to better analyze what women want, it is important to discuss the "gender pay gap." Personally, I have a major pet peeve when people discuss the gender pay gap with the sound-bite, "women earn $.83 for every $1.00 a man earns,” because this is way too simplistic, and often intentionally ignores numerous factors of personal choice that explain at least part of the disparity. That being said, there is plenty of evidence that the gap is not fully explained by personal choice. In addition, the greater disparity for African-American and Latina women compared to men ($.64 and $.56 respectively) leaves more room for question well beyond personal choices. Nevertheless, one underlying factor cited by Gallup as accounting for these disparities has a very real significance for working women, especially given the flexibility they value in the workplace: hours worked and perception of hours worked. To better balance their workplace and family needs, women often decide to cut down, or change their work hours, pursue less time-intensive jobs, or leave the workplace altogether. In 2015, 25% of employed women worked part-time compared to 12% of employed men. These decisions affect the perceptions of how hard women are working and their dedication to their employer, reduce women's up-to-date work experience, and thus reduce women's pay and chances of getting promoted.

Statistically, salaried men report working more hours than women. But does this mean men are working harder or getting more done? Anecdotally, I have seen professional women allegedly “cut down” their hours – that is they cut time working in the office - which really translated into working just about as much time or getting as much done, but at odd times working harder and faster, and whenever they had a few minutes here and there. They often got more done in less time than people clocking more hours at the office. Indeed, studies like this and this are providing scientific evidence that women's brains are better at multi-tasking then men's brains - working moms probably don't need science to prove that! So, continuing to value face-time in the office instead of productivity, which can favor men over women, doesn't make much sense.  And this will lead to next week's installment of our blog - what businesses really want.