The Florida Bar has taken steps to recognize parental leave as a valid reason for a continuance of trials and significant court activity for lead attorneys in cases—including both women and men attorneys. Recently, the Florida Bar Board of Governors voted unanimously to recommend a new Rule of Judicial Procedure to allow lead attorneys to obtain a three-month continuance for parental leave, provided the continuance does not cause "substantial prejudice" to opposing parties. If this rule is approved by the Florida Supreme Court, it will be the first of its kind in the United States.

Getting to this point hasn’t been easy. The vote marks the third time the Florida Bar has attempted to get such a rule passed. Some members of the Bar who opposed the proposed rule in the past believed it to be unnecessary and that continuance decisions should remain at the discretion of the judge.

But recent incidents of judges denying continuances for maternity leave—and even failing to permit short breaks for breastfeeding mothers to pump milk—continue to abound,  as suggested here, here, here and here. Admittedly, many great judges do reasonably accommodate expectant mothers, but overall, there’s evidence that the discretion of judges has not worked well. In fact, often the system puts women attorneys in the difficult position of having to justify the "favor" of a continuance, or even filing bar complaints against judges who are hostile towards their pregnancies (when the women may very well have to appear before those judges again). Florida Special Committee on Gender Bias member, Paul SanGiovanni got it right when he said he’s not so much concerned with judges abusing their discretion, but

“my position is, a woman should not be put in the position of having to argue that in the first place. The same for men who have to go home and take care of their wives and families.”

As indicated by SanGiovanni, this proposed rule is probably as important to male attorneys as it is to female attorneys. While only women have the physical impact of giving birth, many male attorneys are unlikely to even ask for continuances due to the birth of their child.

The Florida proposed rule takes the burden off the attorney having to justify the need for parental leave. Rather, the rule would require the judge to identify in writing how the requested continuance would result in "substantial prejudice" to the parties before he/she may deny a continuance based on parental leave. The rule applies only to lead attorneys in a case, in recognition that lead attorneys are not as easily replaced, and clients should be able to keep their choice of counsel—even if their attorney is pregnant.

Studies show that women are graduating law school and entering the profession in equal or higher numbers than men, but women attorneys are not staying in the profession at the same rate. While not trying to generalize the many reasons why this is occurring, we can agree that, in part, women who want to raise families are more likely to leave the legal profession if they find it hostile to pregnancy and motherhood.

The proposed Florida rule is not about entitlements or special treatment for women. It is about looking at our court system, which has at times been antagonistic 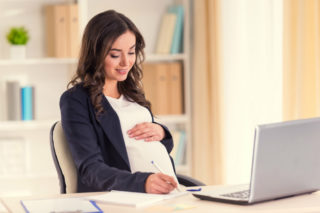 to women, pregnancy, and families (even in 2017) and seeing if reasonable changes can be made that will make the system friendlier to parents. Efforts to advance women’s success in law firms have a harder road ahead if women still face unfair reactions and decisions from judges. Why should we make intelligent, capable women attorneys, who undeniably benefit our profession, choose between successfully representing their clients … and becoming a mother?

As a management-side labor and employment attorney—and a woman who had a difficult pregnancy carrying twins—I still recognize the need for striking a balance among the needs of parents, clients, and the court system. I’ve worked with clients who’ve had pregnant employees use their condition to avoid undesirable duties, and critics of Florida’s proposed rule could express concern that women attorneys may also use pregnancy to gain a strategic advantage in a client’s case. I believe the risk of attorney abuse pales in comparison to the reality of pregnant attorneys facing resistance, if not outright hostility, when they request considerations for their pregnancy and childbirth from judges, opposing counsel, and in some law firms, even from their own partners.

Bravo to my home state of Florida for taking the lead on this issue! 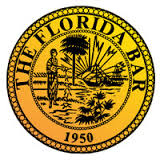