This Week’s Dinner Conversation, brought to you by the Ninth Circuit Court of Appeals
5.30.17
Posted in Legal analysis

Mark and Michelle are hired at the same time, by the same law firm in the same city, to do the same job. They are both third-year associate attorneys; they went to the same law school; they graduated with the same GPA; and they have the same skill set and job experience. Now, let’s assume the law firm, their new employer, offers them two different salaries. Mark is offered $10,000 a year more than Michelle.

What is your first reaction to this set of facts? Let me just tell you. I read that paragraph and immediately got hot and bothered. How can it ever be ok to pay a woman less than a man – to do the same job, with the same education, skill set, and experience?

Well, interestingly enough – there are a few circumstances where it is ok, under federal law, to pay women and men different pay rates for the same work.

The federal law that governs equal pay is fittingly called the Equal Pay Act. The EPA makes it illegal for an employer to pay different wages to to employees of the opposite sex for equal work on jobs that require equal skill, effort and responsibility and are performed under similar working conditions. Although the EPA was enacted to redress wage discrimination against women, the act protects men as well as women from wage discrimination based on sex.

That being said, the EPA provides four exceptions to the general rule. Employers can pay men and women different rates for substantially equal work if the disparity is justified by:

Can Employers Use Prior Salary to Justify Wage Disparity?

In a recent case, Rizo v. Yovino, the U.S. Court of Appeals for the Ninth Circuit examined “a differential based on any factor other than sex.” Aileen Rizo sued her employer, the local school system, under the EPA, alleging that she was paid less than her male counterparts for the same work. Ms. Rizo’s employer conceded that she was paid less but argued that the disparity was justified by a “differential based on a factor other than sex.” This other factor was prior salary. The school system argued that it paid Ms. Rizo less than her male coworkers because her prior salary with a former employer was lower than her male coworkers’ prior salaries with their former employers.

The lower court granted summary judgment in favor of Ms. Rizo, finding as a matter of law that the school system violated the EPA. On appeal, the Ninth Circuit held that in some circumstances, prior salary can be “a differential based on a factor other than sex.” The Ninth Circuit remanded the case to the lower court, instructing the court to determine whether the school system's policy to set salaries based on salary history “effectuates some business policy” and whether the school system uses prior salaries “reasonably in light of its stated purposes as well as other practices.”

The school system offered four business reasons for using salary history to set starting salaries: (1) the policy is objective, in the sense that no subjective opinions as to the new employee's value enters into the starting-salary calculus; (2) the policy encourages candidates to leave their current jobs for jobs, because they will always receive a 5 percent pay increase over their current salary; (3) the policy prevents favoritism and ensures consistency in application; and (4) the policy for a public sector employer like the school system is a judicious use of taxpayer dollars. 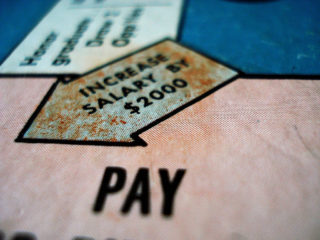 This Ninth Circuit ruling is NOT the law of the land, and employers need to proceed with caution. There is a federal circuit split on the use of salary history.The U.S. Courts of Appeal for the Tenth and Eleventh circuits have held that the EPA prohibits employers from relying solely on salary history. Meanwhile, the U.S. Courts of Appeal for the Seventh and Eighth circuits have sided with the Ninth Circuit – holding that in certain circumstances, the use of salary history does not violate the EPA.

Let’s go back to Mark and Michelle. The argument made by the school system, if applied to Mark and Michelle, is that the law firm can pay Michelle $10,000 less than Mark because Michelle’s former law firm paid her $10,000 less than Mark’s former law firm paid him. The Ninth Circuit in Rizo said the law firm can do this – but only if this policy or practice of setting salaries based on prior salary “effectuates some business policy” and is implemented reasonably.

This issue gives way to an interesting debate. The most recent Bureau of Labor Statistics data show that women in the United States collectively earn 83 percent for each dollar that men earn. In 2015, in as many as 28 states, women earned less than 80 percent of what men earned.  In Wyoming, women were paid 64 cents on the dollar compared with men. The pay gap for minority women compared to all men is even wider (64 cents for African-American and 56 cents for Latinas). Admittedly, these statistics are not necessarily comparing apples to apples because they don’t control for positions held, among many other variables that affect pay. But herein lies the dilemma – if even some of the wage gap is due to gender bias, isn't using prior salary as a basis for hiring salary perpetuating the wage gap, and thus gender and minority bias? If an employer's policy is to offer new hires 5 percent more than their current salary, then doesn't this facially neutral policy perpetuate and exacerbate discrimination, at least where women had lower prior salaries because of discrimination?

On the flip side – how is an employer to know whether an applicant’s prior salary – set and paid by another employer -- has anything to do with gender bias or discrimination? And should an employer have to pay more than an applicant is willing to accept just in case prior salary is tainted by bias? The opening hypothetical does not reflect reality because it is rare for two employees or applicants to have identical backgrounds. Instead, assume our hypothetical attorneys Mark and Michelle are both fantastic third year attorneys and a Tennessee firm wants to hire them both. Mark, however, works at a firm in California, and Michelle works in Tennessee. Michelle would be thrilled with a 10 percentincrease over the respectable salary she is currently making.  In contrast, salaries in  in California are higher for many reasons, including local market, cost of living, and state laws. Further, if Mark accepts the position in Tennessee, he is going to have to leave his home, move across the country, and take the Tennessee bar exam. Therefore, Mark needs an incentive to accept the job in Tennessee. The salary that Michelle is happy to take would involve a 15 percent pay cut for Mark. Under this scenario, would it be gender discrimination for the firm to offer more to Mark than to Michelle? What if the firm offers Michelle 10 percent more than she makes and Mark 10 percent less than he makes, yet Mark still makes more? Is this really gender discrimination? The salary differential does not perpetuate gender discrimination because gender is not the reason Mark was making more in the first place. Mark is unlikely to accept the position at the lower rate, so the firm will lose out on a great hire. Alternatively, would the firm have to give Michelle a huge increase to match what it would have to pay to get Mark, just so it can hire Mark?  What if Mark’s salary ends up being higher than than that of more experienced attorneys in the firm, both male and female? Does everyone have to be given a raise in order to hire Mark? In short, the firm's ability to recruit great candidates is negatively affected. The reality is that it often makes sense for employers to rely on salary history.

Debate makes good dinner conversation for the intellectually curious, but it is also a critical conversation for our generation. The legal landscape of equal pay is constantly evolving, and this particular issue – the use of salary history – will continue to be a hot topic for years to come. Constangy is keeping an eye on developments in this area of the law and will continue to keep you updated.