Last week, I talked about why documentation is so important as part of an employer's legal defense. 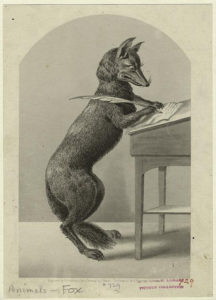 Today I'd like to talk about what good documentation should contain. Some of these are so obvious as to be almost ridiculous, but many supervisors and managers omit them. (Trust me!)

No. 1: It shows who wrote it. Remember when your fifth grade teacher gave you a zero on that project that you worked on for hours because you forgot to put your name on it? Well, then. We're all grown-ups now, so we don't give zeroes for forgetting a name, but we do have to waste precious time, and maybe even attorneys' fees, figuring out that you were the one who wrote it. Meanwhile, writing your name takes, what? Maybe 3 seconds?

No. 2: It includes first and last names. You know who "Brandon" is, but your lawyer probably has no idea, and maybe even some of the people in your company don't know. Or maybe two guys named "Brandon" report to you -- which one are you talking about? Jogging your own memory is an important purpose of documentation, but it's not the only one. Good documentation will also provide other people with a record of what took place. When you document, keep that in mind.

No. 3: It includes dates, times, and places. This information is often left out of employer documentation, and it's often critical to understanding what really happened in its full context, so don't leave it out. (Especially the dates.)

No. 4: It is legible. This common problem is getting better now that so much documentation is done by computer. But if you're still documenting by hand (bless your heart!), please make sure people can read your handwriting. Also, if you have an illegible signature, please print your name below the signature.

No. 5: It provides enough of an explanation so that a complete outsider can get at least the gist of what it means. The documentation you create will be reviewed by your bosses, your HR representative, your in-house attorney if you have one, your company's outside attorneys, and possibly government agencies, judges, and juries. It's very nice if you can include enough background and context so that the documentation makes sense to someone who may not know much about your department, or your company and what it does.

No. 6: It explains the reason for anything that might look bad to an outsider but really is not that bad. Here's an example: On December 1, 2016, Mary complains to her supervisor that her co-worker, David, told her an off-color joke that made her feel uncomfortable. The supervisor promptly tries to get in touch with the HR manager, who happens to be at a spiritual retreat in Nepal with no access to phone or email. The supervisor then tries to contact the HR coordinator, who is out on a medical leave of absence for cancer. Knowing that the HR manager will be back in a week, the supervisor decides to wait for her return, and so he separates Mary and David for the duration, and as soon as the HR manager is back, he tells her about the complaint and she begins an investigation. Which documentation looks better?

On December 1, 2016, Mary Smith told me that David Brown told her an inappropriate sexual joke. I reported the complaint to the HR manager on December 8, and she began an investigation . . ..

Looks pretty bad, doesn't it? It looks like the supervisor sat on the complaint for a whole week before reporting it to HR.

On December 1, 2016, Mary Smith told me that David Brown told her an inappropriate sexual joke. I tried to immediately report the complaint to the HR manager, but she was at a monastery in Nepal with no access to telephone or email. I also tried the HR coordinator, but he was on a medical leave of absence. I immediately assigned Mary and David to work in different areas, so that they would have no contact with each other. As soon as the HR manager returned on December 8, 2016, I told her about the complaint, and she began an investigation . . ..

Ahhh. Much better! (And note: if the alleged behavior was more severe than an off-color joke, the supervisor might have to talk with somebody about suspending David with pay until the HR manager is able to investigate.)

No. 8: It states facts, not conclusions. "David Brown told Mary Smith an inappropriate sexual joke" really doesn't say much. It would be better to put in your documentation the specific joke that was allegedly told. The reader can judge for himself or herself whether it is a sexually inappropriate one, and if so, how severe.

No. 9: It states whether the employee had committed similar infractions in the past. With dates, times, places, legible, full names, yada yada yada.

No. 11: If disciplinary in nature, it states the consequences of future violations. Like No. 10, this is part of the "due process" for the employee.