FAQs about the gender pay gap

Wednesday was Equal Pay Day, the day on which women's pay finally catches up to that of their male counterparts.

An outrage, right? Not so fast.

Here are some FAQs to read before you run out and sue your employer for pay discrimination.

What's an "uncontrolled" pay gap? Does that mean the gap is completely out of control?

This gap is called the "uncontrolled" gap because it doesn't control for any factors that might affect pay except sex.

So, a "controlled" pay gap would be one that took the other factors into account?

Yes. The "controlled" gap is the meaningful one. There is still a gender pay gap when using the "controlled" numbers, but it is dramatically smaller than the "uncontrolled" gap. When you control for the other factors that could affect pay, women make about 98 cents for every dollar that men make.

That is quite a difference!

Yes, it is. Can you please pass that along to the federal government? Thanks in advance!

What factors does the "controlled" number take into account?

Position held (for example, Chief Executive Officer versus receptionist), industry (for example, heavy manufacturing versus restaurant and hospitality versus health care versus teaching K-12), full-time versus part-time, number and duration of career interruptions, number of years in the workforce, educational background, location (urban versus rural, Mississippi versus California), you name it. All of these affect a person's pay.

Can you give me a few examples of how these factors would weigh against women?

Sure. A 2018 PayScale study found that career interruptions -- especially those of one year or more -- are a big contributor to the gender pay gap. Women are statistically more likely than men to take time off from their paying jobs, often because of those adorable tiny humans whom someone has to take care of intensively for the first few years of life. Daddies are less likely to quit their jobs to do that, although some do. When you compare populations rather than individuals, women are more likely to have career interruptions while their male counterparts are more likely to be continuously plugging away at their paying jobs. Then, when the moms return to work, they are behind, and their pay may never quite catch up.

For similar reasons, women as a population are more likely than men to work part-time, or to voluntarily take jobs with less opportunity for advancement because they want or need to have time for their family responsibilities.

Isn't that sexist right there? That women have to be the ones to take breaks from their careers to take care of the kids while men can keep working, advancing, and making the big bucks?

That depends on your values. If family is important to you, then it may be a privilege rather than an injustice. If career advancement is your priority, then maybe it's an injustice. Either way, it's not your employer's fault. These are personal choices that people make (or, if you prefer, the result of the systemic sex discrimination in our patriarchal society). If one employee chooses to quit working at a paying job for five years and another employee keeps at it, and if all other things are equal, then it is not discriminatory for the employer to pay more to the employee who kept at it. In fact, it would be illogical for the employer to do anything else.

I've read that the COVID pandemic disproportionately affected women because more women than men had to quit their jobs, switch to part-time, or take extended leaves so they could provide child care to their little ones, or home-school or supervise distance learning for older kids. How did that affect the pay gap in 2020?

It's hard to tell because the government's wage statistics measure only people who are actually in the workforce. The numbers would not take into account people who had to drop out entirely. My guess is that women in jobs that couldn't accommodate remote work may have had to drop out in greater proportions than their male counterparts in similar jobs. But that is only a guess. And, again, assuming that happened, it is not a result of discrimination by employers. We're back to that "personal choice or sexist society" issue. 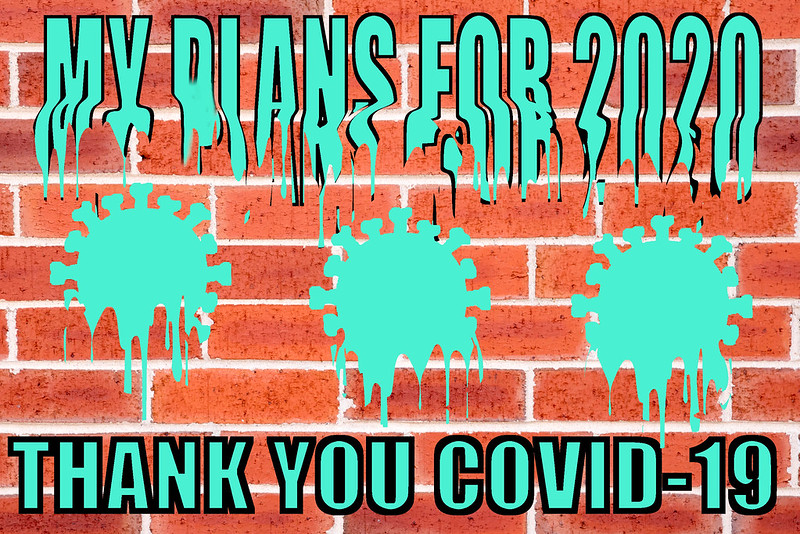 The other thing to keep in mind is that an accurate measure of the "COVID effect" will have to take into account how men and women are distributed in jobs that can and can't be performed remotely. Last year would have been very tough on waitresses and hotel housekeepers, but maybe also on bartenders and employees of manufacturing plants that had to shut down because their work was not deemed "essential" and social distancing was not possible. On the other hand, executives, lawyers, accountants, HR professionals, IT professionals, teachers, bookkeepers, and administrative assistants were, for the most part, able to keep doing their work from home. I'm not fully convinced that the pandemic had a disparate impact based on sex. But it might have. We'll see.

Does the gender pay gap vary depending on age?

Yes. The latest PayScale study showed that the pay gap is almost nonexistent for employees in their 20s but gradually widens as employees get older. My guess is that a lot of that "widening" may be a result of the same career interruptions and family choices that we've already been talking about, especially now that people wait longer to start their families.

Are you a wage gap denier?

Not at all! I have no doubt that women generally, as a population, make less money than men generally, as a population. I believe the government's statistics that, when you compare all women to all men with no other controls, women make 82 cents for every dollar men make. But we should not be focused on this "uncontrolled" group, where there could be a million explanations for the gap that have nothing to do with unlawful discrimination.

And another thing that proves I'm not a denier. I don't understand why women in the "controlled" group are earning even 2 cents less than their comparable male counterparts. Is that due to discrimination? Could be, if all the other explanations have been ruled out. But a 2-cent gap will be a lot easier to fix than an 18-cent gap. And the initiatives taken by some states (for example, banning questions about salary history) and some advocacy groups and career coaches (for example, encouraging women to negotiate over their pay) may go a long way toward closing this small, still-unexplained, gap.

And that's my two cents.