An article by Lauren Weber and Rachel Feintzeig in Tuesday's Wall Street Journal caught a lot of attention -- it was about companies that have made the decision to do without a Human Resources function.

HR stifles innovation and bogs down businesses with inefficient policies and processes. http://t.co/5cGRIwHaxR

One of the companies cited, in Toronto, has two "concierges" instead of HR people. The "concierges'" background is in customer service, and they're responsible for mentoring, career development, and buying gifts for employees' spouses. According to the CEO, employees with conflicts are expected to fight their own battles. Figuratively, presumably, and not literally.

"Bonjour! I am your HR concierge! I will ensure compliance with your affirmative action plan, and show you to your room!"

Yes, you can do without HR. Think of the money you would save! All you need to know are three things: hiring, employment, and termination.

1. Hiring. You need to have a hiring process that is fair. Well, anybody whose heart is in the right place can do that.

Until you're pressured to hire the boss's daughter's slacker boyfriend. Or have to explain to the Equal Employment Opportunity Commission why you didn't hire that qualified Puerto Rican applicant. Or defend your use of criminal background information, which has resulted in the exclusion of too many African-American males.

Or figure out what to do for an applicant whose disability means she can't even apply for the job, much less do it, without a reasonable accommodation. Or decide whether that applicant who wears the hijab can work in your hip, preppy clothing store where "The Look" is blonde, thin, and Episcopalian. Or, if your company is a federal contractor, you get notified of an audit by the Office of Federal Contract Compliance Programs and have to show that you recruited from a geographical area that the government considers appropriate and do not have adverse impact for female, minority, disabled, or veteran applicants.

Or your applicant is a union "salt." Or your applicant filed an EEOC charge against his last employer, and you know it. Or your candidate flunks his drug test, or discloses in his pre-employment physical that he's filed workers' comp claims at his last five employers. Yep! Easy! 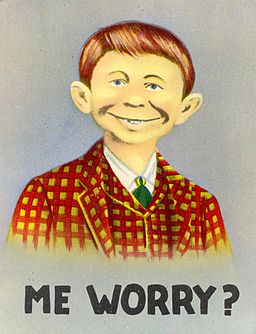 Until your dedicated "professionals" (who all happen to be clericals) want to put in 60 hours a week to do the job right, including 20 hours off the clock, and the supervisors are delighted at the bargain they're getting. Or you have to resolve a credible complaint of sexual harassment and an equally credible denial from the accused. Or the employees want to take intermittent leave under the Family and Medical Leave Act and their supervisor wants to demote them all and bring in someone who can show up for work on a reliable basis.

Or you have to administer the Affordable Care Act.

Or your employees post on Facebook about what a jerk their supervisor is because she makes them work too much overtime, and the supervisor wants to fire them all. Or your employee files an EEOC charge against your company and didn't even have the decency to quit first.

Or your employee says that he has an allergy and can't work near the women in his department who wear Japanese Cherry Blossom perfume.

Or an inspector from the federal Occupational Safety and Health Administration shows up at your door. Or your employee tests positive for marijuana, which would ordinarily result in termination, but you're in a state where marijuana is legal and you also have a "lawful products" statute.

Or your employee is trying to get benefits for her same-sex spouse, where the marriage took place in a state that recognizes same-sex marriages but you're in a state that doesn't. Or your employee with XY chromosomes who is undergoing gender reassignment wants to use the women's bathroom, and the employees with XX chromosomes are having a fit. Or a supervisor wants to fire two employees for discussing their pay.

Or you suspect that women are not being paid equitably for doing the same work as their male counterparts. Or you have reason to believe that some employees in Sales are talking about starting a competing company, stealing your company's confidential information, and raiding your work force. Or your employee who is pregnant wants you to cut her some slack on the job's lifting requirements until after the baby is born. 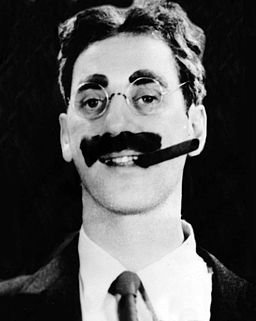 3. Termination. Preserve the individual's dignity, and let him be the least surprised person in the room. Sure -- you can do that!

Until the day after termination, when your ex-employee brings in a doctor's note saying that her performance problems were all due to her bipolar disorder, which is now completely under control. Or your best friend, who happens to be hiring just up the road, calls you and asks for the scoop on the ex-employee who filed an age discrimination charge against you.

Or you're being told to fire the employee who needs a leave of absence that is covered by the FMLA. Or your ex-employee claims that he was fired because of a sexual harassment complaint, a sit-down strike, or a posting on Facebook complaining that the supervisor required too much overtime.

Or, if your company is a federal contractor, you get notified of an audit by the Office of Federal Contract Compliance Programs and have to show that your terminations don't have adverse impact for race, sex, disability, or veteran status. Or you're told to carry out a reduction in force based on "skill set" and the company's needs "going forward" instead of by department or relative seniority.

Or you're asked to fill out the unemployment compensation forms on an ex-employee who is suing you. Or you have to gather and organize the information for your company's attorney to defend you in a lawsuit, and make sure that everything is preserved. Or you have to prepare a response to your ex-employee's EEOC charge. Or you have to draft and offer separation agreements to your laid-off employees.

Yeah, except for that stuff, HR is a piece of cake. 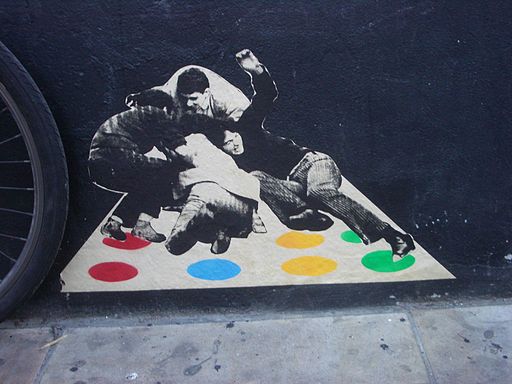 "OK! We surrender! We are tied up in knots! We really do need HR!"

Come to think of it, HR people deserve a raise.

In fairness, I should note that I have a few small clients without HR departments, and some of them do quite well. But that's because they use HR consultants and call labor and employment lawyers whenever they have a serious employee relations problem, need training, or need to terminate somebody. If you're a smallish company, you can outsource your HR, but you should never get rid of it entirely. If you're bigger, having your own in-house HR department will usually make the most sense.

A strong argument can be made (and I make it frequently) that we are "overlawyered" in this country. But that is not a reason to dispense with HR. To the contrary. The number and complexity of the laws governing the employment relationship is overwhelming, and is only getting worse. Most companies cannot hope to keep up with it all -- much less comply with it -- unless they have dedicated individuals or departments who figure it out so that everyone else in the company can concentrate on making and selling Wheelmate Laptop Steering Wheel Desks, or doing whatever your company is in business to do.

I thought it was telling that the authors of the Wall Street Journal article (which really was very well done and thought-provoking) cited only three specific employers who didn't use HR -- a 900-employee landscaping company based in Maryland, a 250-employee company based in Los Angeles, and the Canadian company (health care marketing) with the concierges and an unspecified number of employees.

And the article also cited Outback Steakhouse, which had no HR function until it was hit with a sex discrimination class action in 2008, which the chain paid $19 million in 2009 to settle. As part of the resolution, Outback agreed . . . to hire an executive-level HR person.   :-)

Other Constangy publications from the past week that may interest you: