An FMLA cautionary tale for employers.

By Robin Shea on 2.3.17
Posted in Family and Medical Leave Act, Retaliation, Wage-Hour

A jury socked it to a Wisconsin employer last year in a Family and Medical Leave Act case, and the U.S. Court of Appeals for the Seventh Circuit recently affirmed. 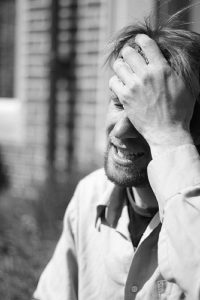 Well, I take that back. The Seventh Circuit didn't affirm completely -- no, it ordered the trial court to give the plaintiff more in attorneys' fees than she had already won.

Tracy Wink was a clerical employee for Miller Compressing Company from 1999 until 2012, and apparently did a good job and was thoroughly cross-trained. At some point during her employment, she had a son. The little boy, who was autistic, started going to day care, but he was expelled in 2012 because of his bad behavior.

The boy's grandmother could take care of the boy three days a week, but not five. Ms. Wink asked to telecommute on the two days that her mother was unavailable. She submitted an FMLA certification from her son's health care provider saying that her son was autistic and was a danger to himself and others.

Is this a legitimate reason for intermittent FMLA leave? Let's see: The employee is the mother of the boy, the boy has a serious health condition, and the mother is needed to care for the boy. ANSWER: Yep, sounds legit.

Miller agreed that Ms. Wink could telecommute two days a week. If she worked, the time counted as regular time worked. But the time that she was unable to work because she was taking care of her son counted as FMLA leave.

The company also had a no-cell-phone policy but made an exception for Ms. Wink to take calls during the workday from her son's health care providers.

Everything seems to have gone fine until the summer of 2012. By then, the company had fallen on hard times and was making some reductions in force. Among the employees who would be staying, the company decided to ban all telecommuting and require the clericals to be onsite from 8 a.m. until 4 p.m. Monday through Friday. It also decided to ban all cell phone use during working hours, with no exceptions.

At the end of the workday on Friday the 13th -- I kid you not! -- the Human Resources Manager called Ms. Wink in and told her that starting the following Monday she would have to work onsite from 8 a.m. until 4 p.m. and would not be able to telecommute any more. She could have time off for her son's doctor's appointments and therapy, but that was it. And she wasn't allowed to talk with her son's health care providers during work hours any more. Ms. Wink started crying and said that she could not make alternate arrangements for her son by Monday morning. (Remember, her son was autistic and a danger to himself and others. Plus, it was the weekend, when most day care centers would be closed.)

There was more talk that evening, and on Monday morning, Ms. Wink told the HR Manager that she could not commit to the new schedule. The HR Manager directed that her "resignation" be accepted, with Friday as her last day worked.

Oh -- one other thing. When an employee's employment was terminated without cause, the company policy and practice was to give three weeks' notice or three weeks' pay in lieu of notice. Miller did not offer this to Ms. Wink until about a month after her termination. And then it told her she had to sign a release of claims to get the money. As you have probably gathered, Ms. Wink refused the three weeks' pay and sued Miller. Both parties' motions for summary judgment were denied, and the case went to trial in 2015.

The jury sided with Ms. Wink. She won on her claims for breach of contract and violation of the Wisconsin wage payment statute (based on the termination pay issue), as well as FMLA retaliation. (The jury found in favor of Miller on Ms. Wink's claim of FMLA interference.)

Miller appealed, and last month the Seventh Circuit affirmed. Except for that extra attorneys' fee part.

In Miller's defense, this is a tricky FMLA issue. The employee doesn't need time off for her family member's medical or psychological treatment -- which is obviously covered under the FMLA -- but for routine care that is needed because of the child's serious health condition. The same principle would apply if the employee was caring for an elderly parent with dementia. These situations don't cleanly fit into our idea of an "FMLA-qualifying event," but they do qualify.

If you are thinking about terminating an employee who is on FMLA leave or telling her that she can't have intermittent leave any more -- please do these things first.

Step 1: Consult with an employment lawyer before making any decisions. According to some of the court documents in the Wink case, the company did talk to its lawyer in advance, but based on the advice presumably given, I suspect he or she was not an employment lawyer. Therefore, the lawyer may not have known enough about the ins and outs of the FMLA. Consult with someone who really knows the FMLA.

Step 2: Empathize. Poor Ms. Wink was in a very difficult situation. Calling her in on Friday afternoon to tell her (or lead her to believe) that she had to make alternate arrangements for her son before 8 a.m. Monday was a crummy thing to do, and I'm sure it was a real turn-off for the jury. Before you act, think about how you would feel if you were in the employee's shoes, and act accordingly.

Step 3: Keep an open mind. Let's say you've thought everything through and are sure you're doing the right thing. Then you meet with the employee, and she cries and says it's impossible to meet your demands. That's a good time to find out why she feels that way, and then perhaps adjourn to think it over, discuss it again with management and your employment lawyer, and make a deliberate decision, taking into account any concerns she has raised.

Step 4: Remember that there may be other options besides the FMLA. If you have a good employee with a legitimate reason to be out that you do not question in the least, and the leave does not qualify under the FMLA for some reason, look at whether there is anything else you can do to help. Can she take a non-FMLA leave of some sort? Does she qualify for short-term disability? Do you offer unpaid personal leave? Can she use sick days? Vacation days? Can you give her a part-time schedule, or a flexible full-time schedule? Consider all options before you deliver ultimatums.

Step 5: As soon as you realize you made an FMLA mistake, fix it. The FMLA is a very technical law, and it's easy for employers to misunderstand their obligations. There is no disgrace in that because the regulations should be a lot simpler than they are. But a great thing about the FMLA is that there is virtually no penalty (as a practical matter) if you haven't fired the employee or forced her to quit. If she is still working there, and you failed to give her proper credit for an FMLA-covered absence, or denied FMLA leave when you should have granted it, all you have to do is correct the mistake. Voilá! And even if you fire, and only afterward realize you made a mistake, you can always offer (in writing) to bring the employee back to work. With full back pay, of course. That offer of reinstatement will cut off any more monetary liability, so the sooner you can make amends, the better.