As promised on Monday, here is my magnum opus regarding the EEOC's new Enforcement Guidance on Pregnancy Discrimination and Related Issues. (Next week, I'll try to get back to spurious sexual harassment lawsuits against Yahoo executives and gift cards to employees who don't go to the bathroom during the work day . . . all that really important stuff.) 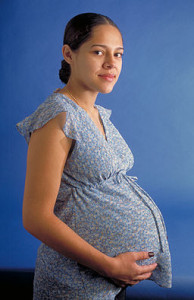 This past Monday, July 14, a divided EEOC issued its new guidance, which supersedes the 1983 chapter on pregnancy discrimination in its Compliance Manual. It also issued a Q&A and a Fact Sheet. A lot has happened since 1983, so it's no surprise that updates were needed.

But, oh, what updates! This post will be way too long if I try to get into everything, so I'll focus on what I think is major. I may have one or two follow-up posts later on.

What's a "pregnancy"? Called it! The EEOC's definition of "pregnancy and pregnancy-related conditions" is almost exactly what I told you it would be as recently as last week. It encompasses every aspect of the reproductive process, including conception (or decision not to conceive), pregnancy or termination of pregnancy, childbirth, and post-birth including lactation.

Impact of the Americans with Disabilities Act. There was no ADA in 1983. That law wasn't enacted until 1990, and it didn't take effect until 1992 (1994 for small employers). Then, as we all know, it was amended in 2009 (the ADA Amendments Act) to drastically broaden the definition of "disability."

The ADA specifically excludes pregnancy as a disability. But even if it hadn't, the "old" ADA clearly did not apply to a condition as temporary as a pregnancy. Under the ADAAA, though, short-term conditions can qualify as disabilities.

Light duty. If you thought the reasonable accommodation part was radical, check this one out! "Light duty," as opposed to "reasonable accommodation," is often "make-work" that is designed for employees with work-related injuries or illnesses. The purpose of light duty is usually to facilitate recovery by keeping the employee as active as possible, and also to keep workers' comp premiums down. There is also an equitable justification: because the employee got hurt doing the employer's work, in justice the employer ought to do what it can for the employee. But the EEOC's new guidance says that if an employer offers light duty for work-related conditions, it must offer it to pregnant employees who need it. The EEOC's position -- which, by the way, has not had much support in the courts -- is that employees with on-the-job injuries and employees with pregnancy-related impairments are "similar in their ability or inability to work." Let's do a "before and after" example:

BEFORE: Joe hurt his back on the job. To facilitate his recovery and keep workers' comp premiums as low as possible, his employer lets him come to work every day and count pencils. Mary is pregnant and has a lifting restriction exactly like Joe's. The employer does not have to offer a pencil-counting job to Mary as long as it doesn't give such jobs to employees with other non-work-related restrictions.

Well, then, you say, we can just eliminate "make-work" light duty, and then we won't have this issue! Uh, maybe not, because the EEOC says that if the failure to provide light duty (or restrictive leave policy) has a disparate impact on pregnant women, then that may be unlawful. What the EEOC is really trying to do is make it legally impossible for employers to avoid providing reasonable accommodations and light duty for pregnancy and related conditions.

If you have not already done so, put on your baggy flannel shirt and head over to Jon Hyman's Ohio Employer's Law Blog for the July Employment Law Blog Carnival: The Child of the '90s Edition. Grunge law!! Yeah!

Interaction of the Pregnancy Discrimination Act and the Affordable Care Act. As we all know now, the Affordable Care Act requires employers to provide coverage for 20 FDA-approved contraceptive devices. Assuming you don't qualify for the Hobby Lobby religious exception, the EEOC's position is that failure to provide this coverage is not only a violation of the ACA but also a violation of the PDA.

By taking the position that violation of the Nursing Mothers Act also violates the Pregnancy Discrimination Act, the EEOC creates a new remedy for nursing moms. If the EEOC's position holds up, then a woman who is denied lactation accommodation can presumably sue her employer (after filing an EEOC charge), and she can potentially recover compensatory (for example, emotional distress) and punitive damages, as well as attorneys' fees. The EEOC has already successfully taken the position that lactation is a "pregnancy-related condition." (After the U.S. Court of Appeals for the Fifth Circuit found that lactation was a pregnancy-related condition, the EEOC and the employer settled this case for $15,000.)

BEFORE: Susan's employer forces her to use the women's restroom to express breast milk, which violates the Nursing Mothers Act. Susan sues, and her lawsuit is dismissed on the ground that she has no private right of action for an NMA violation. She goes to the Department of Labor, which gets the employer to designate a conference room for this purpose.

AFTER: Instead of suing for violation of the NMA, Susan goes to the EEOC and files a pregnancy discrimination charge. The EEOC finds cause, and Susan sues the employer under the Pregnancy Discrimination Act, seeking $300,000 in compensatory and punitive damages, plus attorneys' fees. At court-ordered mediation, Susan gets a settlement of $25,000 plus a fee for her attorney, and the employer agrees to designate a conference room for nursing mothers to express milk. Susan goes away happy to have the $25,000 and a conference room instead of a bathroom, and her employer goes away relieved that it didn't have to pay $300,000.

Will this Enforcement Guidance stand?

Was it legally proper, or prudent, for the EEOC to issue this Enforcement Guidance? Again, you should read the Barker and Feldblum statements. Before making changes this sweeping in the traditional interpretation of the PDA, the EEOC arguably should have provided a formal notice and an opportunity for the affected community to comment. The Commission did hold a hearing in February 2012, which it left open for 15 days, but I'm not sure that would be enough to satisfy a notice-and-comment obligation.*

*The Supreme Court agreed on June 30 to review a decision from the U.S. Court of Appeals for the District of Columbia Circuit, finding that when an agency (in this case, the U.S. Department of Labor) changed a longstanding "authoritative and definitive" interpretation of the law it was required to provide prior notice and an opportunity for comment. It isn't clear whether the ultimate outcome of this case will have an impact on the validity of the EEOC's new Enforcement Guidance.

In the EEOC's defense, though, we have been warned that something like this was coming. Here's what I said about it as far back as September 5, 2012:

The EEOC's strategy appears to be to impose a reasonable accommodation requirement through the back door by requiring employers to treat pregnant women the same way they treat employees with temporary medical conditions, which could mean providing light duty. I think (hope) most employers are already doing this.

On the other hand, the Enforcement Guidance may influence Congress, and state and local legislative bodies that are considering whether to adopt pregnancy accommodation laws, as well as employers who don't want to be EEOC "test cases." So, maybe the agency isn't being imprudent, after all?