Telecommuting as reasonable accommodation? Sure, but not in this case

By Robin Shea on 4.25.14
Posted in Americans with Disabilities Act, Discrimination

UPDATE (Sept. 3, 2014) - Law360 reports that the U.S. Court of Appeals for the Sixth Circuit has agreed to rehear this case en banc (in other words, by all of the judges of the Sixth Circuit instead of just a three-judge panel). This will be a decision to watch, and we'll keep you informed.

As fellow employment law blogger Jon Hyman pointed out earlier this week, a court has come out with an aggressively pro-telecommuting decision in a disability discrimination lawsuit brought by the EEOC against Ford Motor Company. 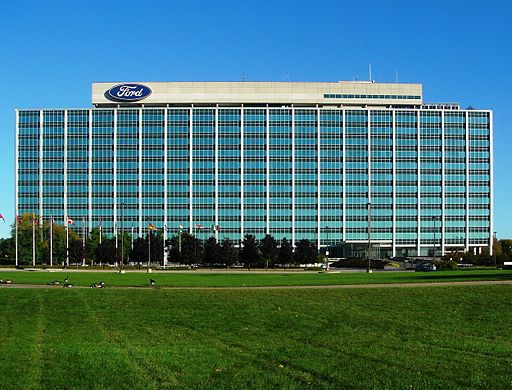 I am normally a card-carrying, flaming, bleeding-heart liberal when it comes to telecommuting. In other words, I am strongly in favor of it. I do it a lot, and it works out great, and I often get more done in the quiet of my home than I do at an office full of the usual interruptions.

(In case you were wondering how that could be, my kids are grown up.)

Anyway, enough about me. I give you that preliminary disclaimer because I think the court (the U.S. Court of Appeals for the Sixth Circuit) really missed the boat in this case. And if you're an employer in a Sixth Circuit state (Kentucky, Michigan, Ohio, or Tennessee), you should be concerned.

Jane Harris was a "resale steel buyer" for Ford, and she spent a lot of time on the phone and on her computer, but was also expected to have significant personal "face time" with suppliers. Her co-workers said that they could not imagine being able to do their jobs remotely. Some co-workers were allowed to telecommute one or two days a week, but that was it.

However, Ms. Harris had irritable bowel syndrome, and it was so severe that she never knew when she was going to have an "accident." If you know what I mean. She had fecal incontinence. Just standing up at her desk would frequently cause her to have an accident. She also had episodes in the car on her way to work, and had to turn around and go home. If you read the decision, you get the impression that this was a very severe and (understandably) embarrassing problem for her.

Because of Ms. Harris's IBS, she asked to be allowed to work from home four out of five days a week. Ford did not believe she could do her job satisfactorily that way. But they did the right thing -- they engaged in the interactive process and proposed other reasonable accommodations, including moving her desk close to the restroom and letting her transfer to another position that was more conducive to extensive telecommuting. Ms. Harris refused both of these proposed accommodations, and filed a disability discrimination charge with the EEOC.

Then she got a poor performance review from Ford and was terminated. The EEOC sued on her behalf under the Americans with Disabilities Act for disability discrimination and retaliation. A federal district judge in Michigan granted Ford's motion for summary judgment, but a majority of a three-judge panel of the Sixth Circuit reversed that decision on appeal, meaning that the EEOC will get a jury trial on both the failure to accommodate and retaliation claims. (The dissenting judge agreed with the district court and would have affirmed summary judgment.)

What is wrong with this decision? How much time have you got?

1. Ford had overwhelming evidence that this job could not be performed well if the buyer was always (or almost always) working from home. Yes, there were clearly aspects of her job that could be done with telephones and computers. But the majority really failed to "engage" on Ford's evidence that significant "face time" was required for this position.

2. Ford had undisputed evidence that Ms. Harris had made serious mistakes in her work, causing frustration and disruption to suppliers and to Ms. Harris's co-workers, when she worked from home. The majority didn't give enough credit to this evidence because the EEOC's evidence showed that she had to have access to certain information to do her work accurately, and that the information was available only during normal business hours. Because Ford would not let Ms. Harris work during normal business hours, it was Ford's fault that she made the mistakes. Maybe, but see my Objection No. 6, below.

3. Regular, reliable attendance should always be an essential function of any "regular" job. Ms. Harris got dings on her record for her poor attendance, among other issues, and Ford contended that telecommuting was inappropriate for an employee with attendance and performance issues. Not here, the majority said, because Ms. Harris's attendance problems were caused by her disability -- her extremely unreliable bowel, which, we know, flares up at a moment's notice. In fact, the condition is so severe that moving her desk close to the bathroom is NOT an effective accommodation. (I have more to say about this in Objection No. 6, too.)

I grant that Ms. Harris should not be penalized for absences that occur because of her medical condition -- to an extent. But at some point an employer has to be allowed to draw the line, even if the absences are for legitimate medical reasons.

4. It's square to be hip. Yes, back in 1997 we were more restrictive about telecommuting as a reasonable accommodation, the court said. But things are different in 2014. Now we have telephones. And computers. And Al Gore has invented the internet. (OK, I made that last one up -- the court didn't say that.) As the dissenting judge pointed out in so many words, "Uh, we had phones and computers and internets in 1997, too. The technology has improved, but it hasn't changed that much." The dissenter also pointed out that the court had issued another more-restrictive telecommuting decision in 2004, when the technology really wasn't that different.

(On second thought, maybe it was.)

5. Ford engaged in the interactive process and tried to offer other accommodations to Ms. Harris, who flat-out refused to consider them. These alternative accommodations were not reasonable, the majority said. Moving her desk near the bathroom was not effective because she still might not make it to the bathroom. Just standing up from her chair frequently caused her to have an accident, right then and there. And allowing transfer to another job was not reasonable because they didn't offer her a specific position (as the dissenter pointed out, BECAUSE SHE REFUSED TO EVEN CONSIDER IT!!!!) and there was no guarantee that she'd be able to get another job. The Sixth Circuit majority should have taken Ford's efforts, and Ms. Harris's flat refusals, more seriously.

6. The EEOC tried to have it both ways. And, unfortunately, so did the court majority. This is my biggest gripe about the decision. Let's assume that Ms. Harris's condition really is as severe and unpredictable as she claims, which only she knows. Let's assume she can't even make it to the bathroom such that a desk near the bathroom is not an effective accommodation.

Let's also assume that Ms. Harris is a fantastic performer during regular business hours. When she is not having the episodes that require the telecommuting arrangement.

If she is likely to have flare-ups at any time, and they're happening all the time, is it realistic to expect her to get all of her work done during normal business hours, which is the only time that she can get access to the information she needs to be able to perform her work accurately? I don't see how. Do you? If her condition is this severe, then it seems to me that she's going to have to make up quite a bit of work after hours. And that's when she makes the mistakes, because she doesn't have access to the information she needs.

And, if her flare-ups are as bad as she says (which I have no basis to doubt), then how is she going to reliably get in her "face time" with the suppliers? What if she schedules a meeting with them and has an unexpected episode on her way to the office? Or, heaven forbid, has an episode during a meeting? What if she is episode-free for her four telecommuting days, and then shows up at the office on day five and unexpectedly has episodes all day?

If her condition is as severe and unpredictable as described by the EEOC and the majority, then I don't see how a four-day telecommuting schedule would have done any good. In fact, I don't see how Ford could have possibly accommodated her apart from a transfer to a different position that had more flexibility and involved less personal contact, making it better suited to full-time telecommuting. Which Ford did, and she refused to even entertain the possibility.

On the other hand, if her condition really wasn't that severe, then why couldn't she have worked in the office, dealing with flare-ups as necessary on the rare occasions when they occurred?

I do agree with the Court (and the EEOC) that telecommuting can often be a reasonable accommodation, but whether it is an effective accommodation should depend on (1) the particular job, (2) the demonstrated work ethic of the employee and demonstrated ability to work well without supervision, (3) whether the employee has the necessary "tools" to perform the job well from home, (4) the employee's medical condition, and whether telecommuting will really resolve the work-related issue created by the medical condition. Other considerations may include whether the employee is exempt or non-exempt under the Fair Labor Standards Act (if the employee is non-exempt, extra special care will have to be taken to make sure that all time worked is captured). Or whether the employee has a quiet, safe home environment in which to work.

In Ms. Harris's case, it appeared that telecommuting would not have been effective because of the requirement of face time (Consideration 1). Although it sounded as if she had a good work ethic and could work with minimal supervision, she made serious mistakes in her work because she did not have access to necessary information outside of regular business hours (Consideration 3). And the nature of her medical condition meant that telecommuting would not necessarily allow her to do this job effectively, although it might have been a good solution in the context of a different job (Consideration 4).

I am sorry that Ford will have to go to trial on this case, and I wish them well. I also hope that courts in other jurisdictions will take a different approach to the telecommuting-as-reasonable-accommodation issue.

UPDATE (4/30/14): ADA consultant, friend, and fellow blogger William Goren reminded me that Ford can also seek rehearing of the panel decision by the full Sixth Circuit. That is a better solution than taking the case to trial immediately because it's very possible that a majority of the full Sixth Circuit would agree with Ford, and then we'd have a nice appellate-level decision on these issues.

Other Constangy publications from the past week that may be of interest: