Before you fire that political extremist . . .

If you're a private sector employer, you can generally fire an at-will employee for his or her political beliefs or expression. The First Amendment, as we discussed last week, does not limit you. Depending on where you are, there may be state or local laws protecting employees from discrimination based on 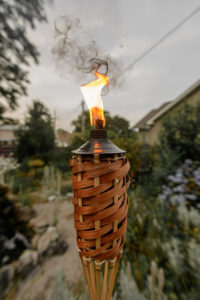 their political beliefs or activities, but those jurisdictions are the exception, not the rule.

And, of course, there may be very good reasons to terminate an employee based on extremist political beliefs. Imagine a member of the Aryan Brotherhood who has Jewish co-workers. Will that have an impact on the co-workers' workplace experience? Maybe not, if he behaves professionally at work and keeps his affiliation secret, but it certainly has the potential to spill over into the workplace and create a hostile environment for his co-workers.

(True story: Many years ago, I was co-counsel in a sexual harassment lawsuit in North Carolina. An African-American male supervisor allegedly flirted with the white plaintiff in mild ways -- for example, by telling her she looked nice and calling her "honey." After she complained, the supervisor was disciplined. The plaintiff sued the company because the supervisor wasn't fired. In her deposition, she testified that the supervisor's behavior would have been no big deal if he'd been white, but it bothered her because he was black. We were able to get her lawsuit dismissed, arguing that if we fired him based on her race-based complaint, we would have been unlawfully discriminating against him. After it was all over, we heard that she was a member of the Ku Klux Klan, which explained a lot. If only we'd known earlier . . .)

So, yes, you can and sometimes should take action against employees based on their affiliation with extremist hate groups. But, as always, employers -- even if they're non-union and in the private sector -- should aspire to be fair to everyone involved, or at least as fair as possible under the circumstances. Here are questions that every employer should ask itself before making a final decision to terminate an employee based on his or her political beliefs or activity:

No. 2. Are you in a jurisdiction that provides legal protections to employees based on their political beliefs or affiliations? Find that out before you act. As already noted, most jurisdictions do not provide any such protection to employees of private sector employers, but a few do.

No. 3. Are you subject to a collective bargaining agreement that protects employees' political beliefs or affiliations, or requires that terminations be for "just cause"? It's always a good idea to consult the CBA (if you have one) before you make an irreversible decision.

No. 4. Based on a contract or law, or even company policy, is this employee subject to termination only for "just cause"? If so, you will have less latitude to take action based on political affiliations. But if you follow the process in Steps 5-9, below, you may still be able to terminate.

No. 5. What exactly is this employee's affiliation? Is it truly "extreme" or racist, or is it simply more to the "left" or "right" than you are? It isn't ground for termination to think that the statue of Robert E. Lee should stay in the park. Or that it shouldn't. (Interestingly, a great-great grandson of Robert E. Lee thinks Confederate statues should be taken down, and two great-great grandsons of Stonewall Jackson agree.) Diversity of thought is generally a good thing -- we don't want employers to be "thought police." Political terminations should be confined to members of groups that are violent or advocate violence, that advocate violent overthrow of the government, or that believe certain racial, sexual, ethnic, or religious groups are "inferior" and do not deserve the benefits of full citizenship.

No. 6. What is this employee's position in the company? An employer should not allow political extremists (as defined above) to serve in management roles, even if hourly employees who keep their views quiet may get away with it. Because members of management are legally "the company," the legal risk to the company is too great.

No. 7. Has this employee expressed his or her affiliation in an inappropriate way? Has he or she participated in a violent protest? Has she made a racially-motivated complaint of sexual harassment? Has he harassed or discriminated against co-workers who are "subhuman" in his view? Has she threatened violence against co-workers? If so, you should be able to safely take action based on the behavior rather than the "affiliation."

No. 8. Are you reasonably confident that what you've heard about this employee is true? After the events in Charlottesville last weekend, many on social media "outed" individuals who allegedly attended the Unite the Right rally. In some cases, the accusations were accurate. But at least one man was outed erroneously. Not only was he not there, but he was 1,000 miles away -- he just happened to look like someone who was there. Beware of the social media mob! In most instances, you should meet with the accused employee, share the allegations, and give him or her a chance to respond, just as you would with most other types of terminations. In all instances, you should want more than the word of a bunch of Tweeters before taking action. (But photos, screen shots, videos, or postings by the employee could be enough.)

No. 9. Have you dispassionately assessed the impact of this employee's political beliefs/activity on the company? As noted in No. 6, is this person in a management role, meaning that her beliefs could dramatically increase the company's risk in the event of litigation? Are there implications for customer relations, or your company "brand"? Are there other well-defined risks in retaining this employee based on what you know? If so, go for it. If not, you may want to think about it a little more.