Can we stop with the age-based stereotypes?

By Robin Shea on 5.8.15
Posted in Discrimination

Is "digital native" the latest code term for "young"?

A hot topic for the past few days, after an article on the subject appeared in Fortune, has been whether it's discriminatory for an employer to specify in recruiting that it's seeking to hire "digital natives." A "digital native" is someone who was born into the digital world, which supposedly means people born in 1990 and later. 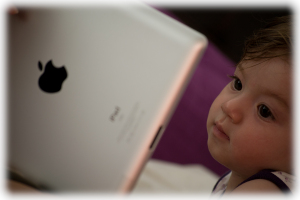 Everybody else is a "digital immigrant" - we had transistor radios or Walkmans or Discmans, and hi-fis, and Bell Telephones with rotary dials. Shoot, our TVs weren't even in color, much less "smart."

(Is that national origin discrimination?)

This digital native/immigrant stuff originally came from an article written in 2001 by Marc Prensky, "an internationally acclaimed thought leader." Mr. Prensky argued that educators should reach the younger generation, not by using old-fashioned methods like books and logic and lectures, but by using instructional video and computer games. Mr. Prensky was fair and unbiased, and could be completely trusted, because he himself was CEO of a company that sold instructional video and computer games.

Anyway, according to Mr. Prensky, while the "natives" are multi-tasking and gaming and interacting, the "immigrants" are asking their secretaries to print out their emails and getting paper cuts from looking things up in the 25-lb. hard-bound encyclopedia on the bookshelf. They probably also have lice, wear shabby clothing, carry violins, and have strange religious traditions.

Mr. Prensky argues that this "native/immigrant" thing is a generational divide. In his view, "digital native," like, totally, means "young."

But have employers recruiting in 2015 read the Prensky article? My own gut reaction when I heard the term - before I read the article - was that "digital native" just meant someone who was "tech-savvy."

I agree with Jon Hyman, who wrote about this the other day - if "digital native" is a proxy for "young," then it's against the law to use it as a criterion in hiring. End of story. On the other hand, if it's a proxy for "tech-savvy," then there should be no problem with using it because it's not a criterion that is based on age.

And, by the way, can we please stop stereotyping people based on age? Whether Boomer, X'er, Y'er, Millennial, young or old or middle-aged -- I'd love to see it end.

To you kids (and Marc Prensky) - Dudes. The first computer was invented in the late 1930s or early 1940s, before your grandparents were even born. Steve Jobs and Bill Gates are both "digital immigrants," having been born in 1955. The idea for the World Wide Web (officially named "the internet" in 1995) was hatched in 1962. And, Mr. Prensky, your article is already 14 years old and, with all due respect, is about as "hip" and "current" as a Palm Pilot. The natives' grandparents have smart phones, and they can email and text and post TMI on Facebook and send career-destroying tweets just like anybody else. They can edit stuff on screen - why, maybe even on a tablet or a smart phone. And IT people of all ages have to continually keep up with the latest developments, so there is no reason to believe a 50-year-old programmer won't be every bit as good as a 25-year-old.

To you "grumpy old men" and women out there - Millennials get a bad rap for being spoiled "special snowflakes" and thinking they're entitled to the world. But do you remember how you felt about your first job after the freedom and   intellectual stimulation you had in college? How tedious that job seemed? How bad it felt to trade your summer and three-week Christmas vacations for two weeks a year (no, wait - it wasn't two weeks - it was 10 days, and the rest of the time was the weekends that you would have been off anyway) and to know you wouldn't get that third week until you'd been there seven years? Do we really expect kids just starting out to be ecstatic over this situation? If so, why? We weren't.

And didn't you think you were "all that" until some nice people at work brought you down to reality?

Eventually, with some talent and luck, we moved up, got more interesting work to do, learned some humility, achieved a comfortable standard of living, and got used to our three-weeks-a-year of vacation and laughed at our kids for "needing" their summers-plus-winter-fall-spring-breaks off. ("Boy oh boy, just wait till you have to work for a living! Hahahahahahahaha!")

So give the kids a break. Some day, they'll be just like us.

As I promised last week, Marcia McShane of our Nashville Office has provided not just the "what," but also the "why" and "how" in her excellent analysis of the Supreme Court's recent decision in Mach Mining v. EEOC. 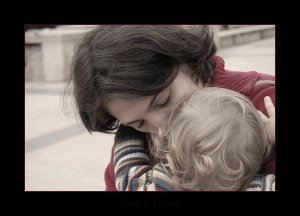