Can you fire an employee for off-duty misconduct? You betcha!

By Robin Shea on 6.9.17
Posted in Off-Duty Conduct

Every now and then, I am told that it's unfair for employers to take action against employees 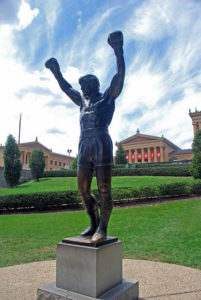 who misbehave off duty.

Although I wouldn't recommend firing everybody who gets in trouble away from work and outside work hours, sometimes the behavior is so awful that you just have to.

Exhibit A: Colleen Campbell, former news production employee and occasional reporter for WPHL17 in Philadelphia. On Sunday night, while she was still employed, Ms. Campbell went to a comedy club and allegedly was whispering really loudly during a comic's routine. After being told several times to keep it down, she was asked to leave the club and allegedly assaulted the staff as she was on her way out the door.

She finally got outside (with a male escort), where a Philly police officer was waiting. The officer very politely told her and her friend to go home. The friend tried to escort her away, but she just couldn't leave and couldn't let go. She began cursing at the police officer. I might get the vapors if I repeat what she said on this blog, but the New York Post has it all. (NSFW!) Plus video. I'll warn you - there is so much bleeping in the video, it's easier to just read the article.

The final straw for the poor cop appeared to be when Ms. Campbell either spat at, or pretended to spit at, the club manager.

Ms. Campbell was arrested and handcuffed, all the while continuing to cuss out the officer, telling him she worked for a TV news station, and saying, "No wonder everyone wants to blow your f***ing heads off."

Meanwhile, another comic was recording the entire incident on his cell phone. Then (of course) his video somehow made its way to Facebook. The rest, as they say, is history. Actually, I guess it's more accurate to say that Ms. Campbell is history at PHL17.

So, when should employers act on an employee's off-duty misconduct?

When the off-duty misconduct is directed at a co-worker. I can't tell you how many times I've had people tell me in harassment training that they don't think an employer can do anything about harassment between employees that occurs off-site and after-hours. Not true. If the employer knows or has reason to believe this is going on, it should deal with it just as if it had occurred in the workplace. The same rule applies to bullying, fighting, stalking, threats, you name it.

When the off-duty misconduct doesn't involve a co-worker but is so egregious that the employer has a reasonable fear of bringing the employee back into the workplace. I'm thinking, for example, murder, aggravated assault, sexual assault, rape, armed robbery, that kind of thing. The Equal Employment Opportunity Commission says that employers are allowed to act before the employee is criminally convicted, as long as they act on the underlying conduct rather than the mere fact of the arrest. It's a fine distinction, but if you have reason to believe that your employee committed an act of this type, you may not have to -- or want to -- wait for a criminal trial and conviction (which could take years).

When the off-duty misconduct is related to an "essential function" of the employee's job. For example, a truck driver is charged with driving while impaired while on his way home from a New Year's Eve party. That DWI is gonna be a problem for someone who drives for a living. Because the driver isn't necessarily a risk to anyone as long as he stays off the road, I'd suspend the driver until final disposition of the charge. But if the driver is convicted, then the DWI would be ground for discharge even if it was off duty and after hours. Another example would be a banker convicted of income tax evasion.

When the off-duty misconduct is so serious that it could damage the reputation of the employer. I suspect that this is what got Colleen Campbell fired. Having your employee caught on video abusing a perfectly nice police officer is not cool, especially when you're a TV station or other business that depends heavily on the good will of the community. And isn't that just about any employer?

(Ms. Campbell has apologized for her behavior, requested a chance to apologize personally to the police officer, and claims that she must have been drugged on Sunday night.)