By Robin Shea on 4.29.16
Posted in Discrimination, Evidence, Pregnancy 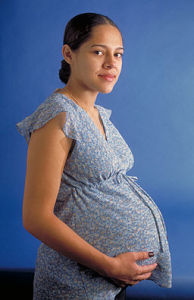 A federal appeals court panel has come out with a decision interpreting the U.S. Supreme Court's decision last year in Young v. UPS, and the result wasn't too good for the employer.

The Sheriff's Department of Ulster County, New York, provided light duty for employees with work-related injuries but didn't provide it for anyone else. Plaintiff Ann Marie Legg, a corrections officer at the County Jail, requested light duty for her pregnancy -- in 2008 -- and was denied it because her pregnancy was obviously not a work-related condition. Just about any employer in 2008 would probably have done the same.

Ms. Legg was forced to go out on maternity leave, but after she had the baby, she returned to work . . . and filed a discrimination charge, followed by a lawsuit. A federal judge in New York dismissed the pregnancy discrimination claim on the ground that the County had a neutral policy of not providing light duty except for on-the-job injuries. Ms. Legg had other claims that went to trial. At trial, she won one claim and lost the rest.

Unfortunately for the County, final judgment in the case wasn't entered until August 2014, and both sides appealed. You can probably guess the rest -- the appeals were still pending in March 2015, when the Supreme Court issued its decision in Young v. UPS, which arguably meant that the district court's dismissal of the pregnancy discrimination claim wasn't valid any more.

The three-judge panel of the U.S. Court of Appeals for the Second Circuit didn't find that Ulster County was necessarily in the wrong, but it did say that the Young decision required her pregnancy discrimination claim to be decided by a jury.

Ms. Legg's baby would have been in second grade (or thereabouts) by the time that the Supreme Court decided Young. It doesn't seem fair to hold an employer legally responsible in 2016 for a decision made in 2008 that was legal and good HR practice at the time. But that's the way our system works. A statute is generally not retroactive, but a court decision usually does apply retroactively to any cases that are still "alive" (either pending, or yet to be filed) when the decision is rendered.

Nonetheless, the long lapse of time coupled with a significant change in the law bothers me, and so did another part of the decision. The panel said that the County's reasons for failing to accommodate pregnancy were "inconsistent." The County cited in its defense a state law that required municipalities to pay workers who were injured on the job. The Sheriff (who was also a defendant) had testified that he limited light duty to work-related injuries because he didn't want everyone else taking advantage. Another employee testified that light duty wasn't offered to pregnant employees because of a desire to protect the mother and her unborn child. (Remember, the workplace was a jail. Ms. Legg asked for light duty after she was bumped by an inmate who was in a fight with another inmate.) The Sheriff also "conceded" on cross-examination that it was less expensive for the County not to accommodate pregnancy. (Not any more, it ain't, Sheriff.)

I don't see this as "inconsistent" evidence -- all of these statements could be true, and the County could have still been trying to comply with the statute without opening the barn door to every single request for light duty from every single employee.

In other words, it didn't seem to me that the County's reasons were pretextual (legalese for "phony" or "bogus").

But the Legg decision contains some good lessons for employers who are faced with pregnancy accommodation requests in the modern era:

*DO accommodate pregnancy-related restrictions if you can. Although you aren't legally required by federal law to do it, the federal legal standard is maddeningly mushy. If you don't want to be at the mercy of a jury, then accommodate.

*DO be aware of and comply with the laws in your state, which may clearly and affirmatively require you to accommodate pregnancy. (If I'm not mistaken, New York City has a pregnancy accommodation law, but New York State does not.)

There was an interesting argument that the County made and the Second Circuit (correctly, I think) slapped down. It related to the part of the Young standard that says an employer's legitimate explanation for its refusal to accommodate pregnancy might be bogus if the refusal "significantly burdens" pregnant employees. The County said that the only pregnant employee while this particular Sheriff was in office was Ms. Legg (out of 176 employees total), and declining to accommodate one pregnant woman out of 176 employees could not "significantly burden" pregnant employees.

"Under Young," the Court said, "the focus is on how many pregnant employees were denied accommodations in relation to the total number of pregnant employees, not how many were denied accommodations in relation to all employees, pregnant or not." That makes sense to me -- the Court wasn't saying the County was definitely guilty because its rate was "100 percent" based on the smallest of samplings -- but only that the low number could not be a defense in itself. The County will still have the chance to persuade a jury that it did not discriminate against Ms. Legg based on her pregnancy.

Finally, the decision did not address whether the County provided light duty as a reasonable accommodation to employees with non-work-related disabilities. I assume it did not, even though it probably should have. But if the County had accommodated disabled employees, I'm afraid that would have been just one more reason for the Court to find that it could have easily accommodated Ms. Legg's pregnancy, as well.

Image Credits: Pregnant woman from Wikimedia Commons. Others from flickr, Creative Commons license: 6 out of 7 dwarves by Andrew Torvin; "JURY" poster by thinboyfatter.