After all, Fiscal Year 2017 ended just about the time that #MeToo began.

Last week, the Equal Employment Opportunity Commissions released its charge statistics for Fiscal Year 2017, which ran from October 1, 2016 through September 30, 2017.

Charges were down a bit in all categories, but monetary relief was up in LGBT cases and, in sexual harassment cases, was at the highest level since 2010. And, of course, the Harvey Weinstein allegations, which started the #MeToo/#TimesUp movement, had not yet come to light.

In other words, enjoy the slight lull, but brace yourself for FY 2018. 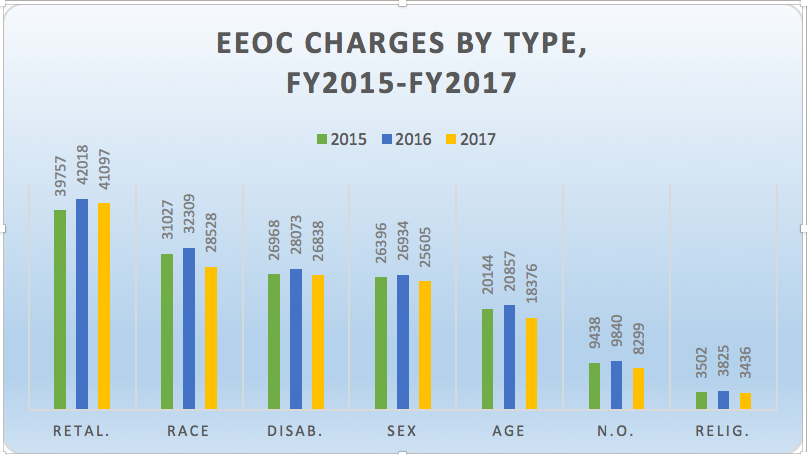 Charges alleging color discrimination, violations of the Equal Pay Act, and genetic discrimination were such a drop in the bucket that I didn't even bother to make you a chart.

For the past few years, the EEOC has been breaking out charges alleging LGBT discrimination. There was actually a slight decrease in LGBT charges during FY 2017: 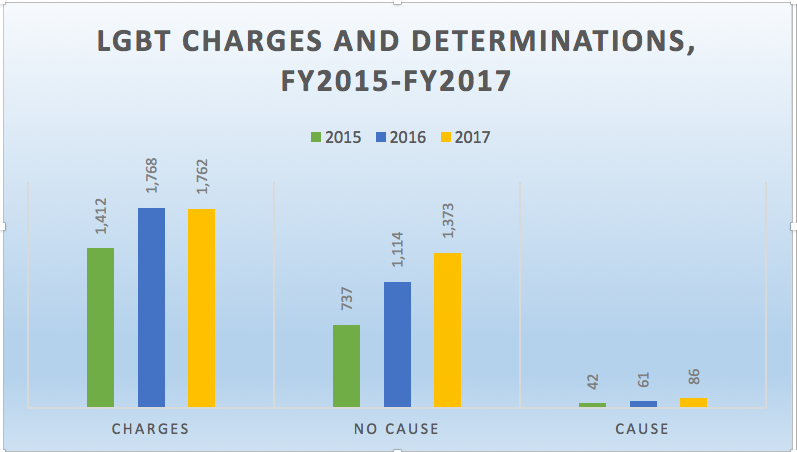 It's interesting to see how many LGBT charges have resulted in "no cause" determinations, meaning that the EEOC found that there was no discrimination or at least could not determine whether discrimination had actually occurred. However, we need to keep in mind that many of charges are settled before the EEOC makes a determination.

In that regard, note how the amounts of pre-litigation monetary relief obtained in LGBT cases has increased each year: 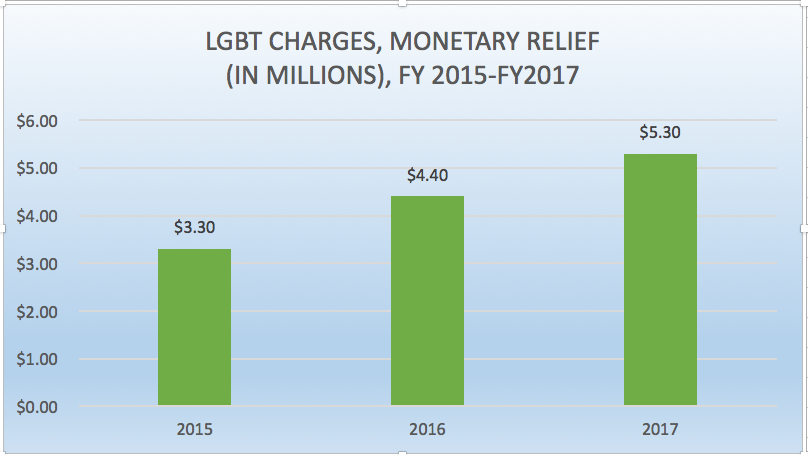 And, now, the moment you've been waiting for: What happened with sexual harassment charges in FY 2017? They were actually down slightly, but I would expect them to trend back up (maybe way up) in FY 2018. 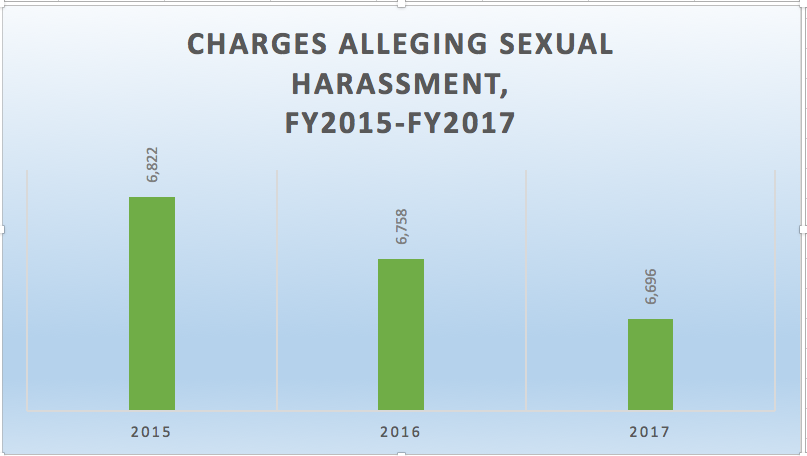 For a while, sexual harassment charges filed by men were on the increase, but that is trending slightly downward again. 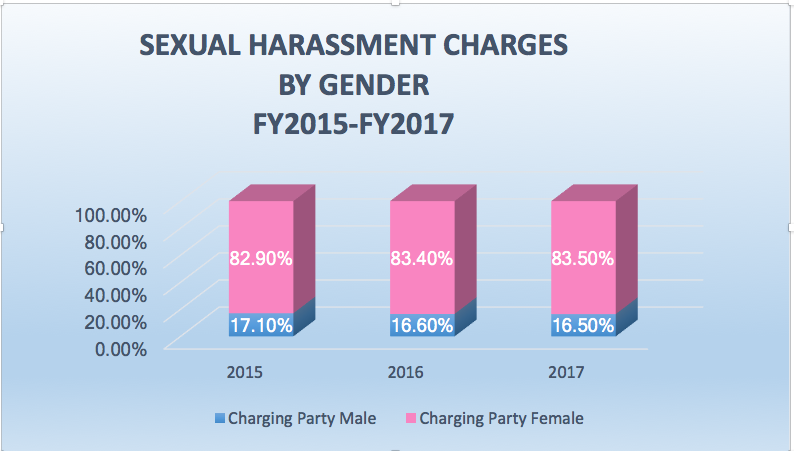 (Sorry about the pink and blue. I am so un-woke.)

As already noted, pre-litigation monetary relief in sexual harassment charges in FY 2017 was at its highest level since 2010, although not dramatically higher than in the past few years. I'll be interested to see what we get in FY 2018. 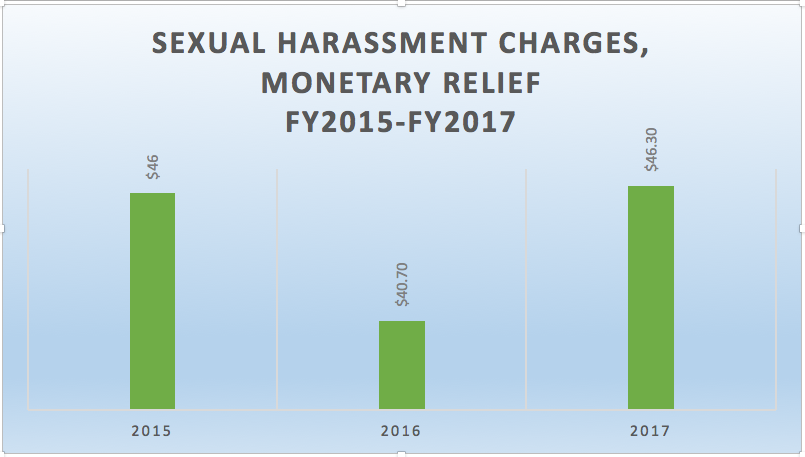 NOTE: A single charge of discrimination can combine multiple allegations, so these numbers will not add up to 100 percent, with the exception of the male/female breakdown.

Image Credits: Charts by me (can't you tell?), based on the EEOC's statistics.