The Equal Employment Opportunity Commission has published a new Fact Sheet on LGBT discrimination that employers will find helpful. As I've reported before here and here, the agency is taking an aggressive position regarding coverage of LGBT issues under Title VII's sex discrimination provisions. The EEOC's fact sheet, as well as other materials linked in it, should answer most questions for employers trying to understand and comply with the position of the federal government in this area.

Here are a few highlights:

*The EEOC says that an employer can be in violation of federal law even if state or local law provides no LGBT protections. A slap at North Carolina and Mississippi? Maybe, but the EEOC is correct, and this is not a change in the law.

*The number of LGBT charges filed with the EEOC in fiscal year 2015 was up 28 percent from the number of LGBT charges filed in fiscal year 2014. The agency's current position on LGBT issues (that LGBT discrimination is prohibited by Title VII) is relatively recent, and the agency is just now getting publicity for its efforts. This may be causing applicants and employees who believe they've been victims of LGBT bias to turn to the EEOC for the first time. It isn't clear that these numbers reflect an increase in LGBT discrimination.

*Settlements of LGBT charges are up, too, which may reflect that employers' consciousness is being raised. 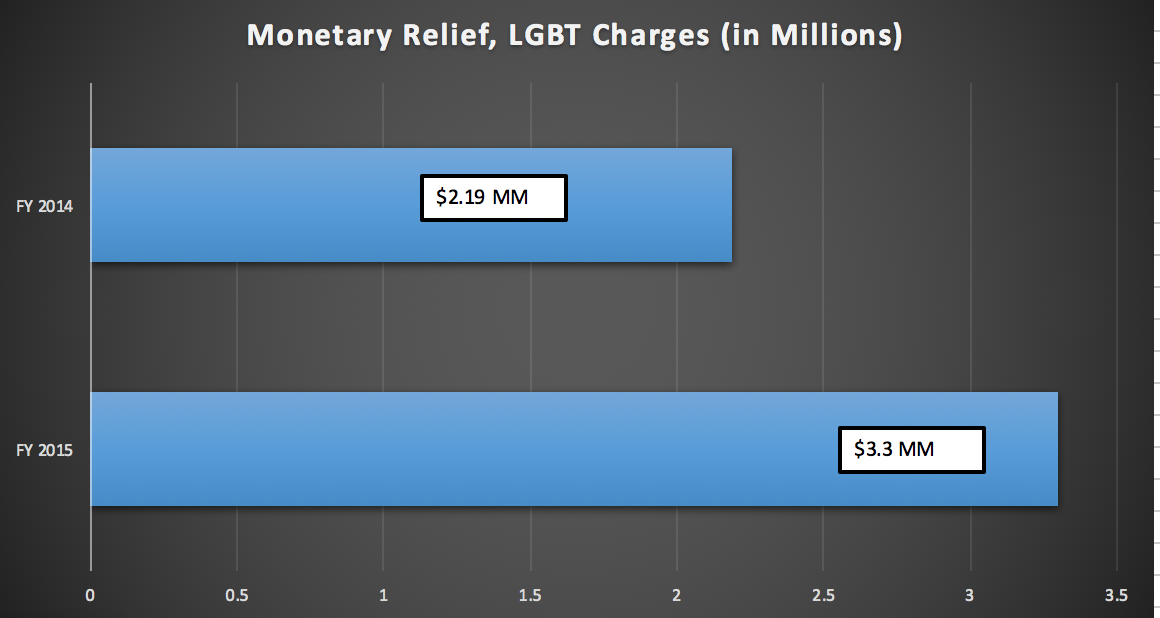 *Don't ignore the links on the right side of the web page! The EEOC provides some handy resources, including a list of recent EEOC litigation involving LGBT and transgender issues, a list of federal court decisions that it says favor its position, and the EEOC's guidance on employer bathrooms (which in turn contains a link to the OSHA guidance on that same issue). You will definitely want to become familiar with the feds' position on this if you aren't already. NOTE TO NORTH CAROLINA EMPLOYERS: You can comply with the federal guidelines without being in violation of HB 2. HB 2 does not govern bathroom designations by private sector employers.