By Robin Shea on 5.4.15
Posted in Uncategorized

Thanks to my law partner Jill Stricklin, who has this news about the EEOC's new pilot program. Jill is an employment litigator in Constangy's Winston-Salem Office and was also just named to the 2015 North Carolina Business Legal Elite for employment attorneys. 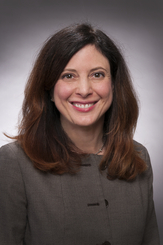 charges filed against non-federal employers. The EEOC has already implemented this digital system for complaints filed by federal employees.

Under the "Digital Charge" process, an employer will no longer receive the usual forms informing it that a charge of discrimination has been filed against it. Instead, an employer will receive just a one-page letter entitled "Notice of Charge of Discrimination" that will include a link to view the entire charge online via a secure portal. This specific portal, which is shared between the employer and the EEOC, is to be used by the employer not only to view the full charge of discrimination, but also to submit electronically its initial documents to the EEOC, including notices of appearance, requests for extension of time, supporting documentation, and the employer's position statement.

Because this new pilot program has not been well-publicized (it is not currently on the EEOC's own website), it is especially important for employers to be aware of this new process, so that they can respond to such notices in a timely fashion. The EEOC's plan is that on June 1, respondents in the jurisdictional areas of the Indianapolis, Phoenix, Detroit, Denver, and Seattle field offices will begin using the "Digital Charge" pilot program, with the rest of the country following suit this fall.