Eggs in the workplace

By Robin Shea on 10.16.14
Posted in Discrimination, Pregnancy

No, not that kind of egg.

This kind of egg: 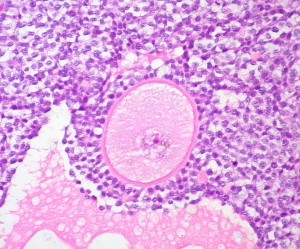 Eggs - human eggs, aka ova - have been in the news this week. First, it was announced that Facebook and Apple will begin offering insurance coverage for female employees to freeze their eggs for later fertilization and implantation, a procedure that can cost as much as $20,000. There are mixed feelings about this - on the one hand, some women will be grateful for the benefit. On the other hand, as noted in this New York Times blog post, could this be viewed as pressure on women to stay childless as long as they want to advance their careers?

There is nothing illegal about this benefit in itself, but it could become exhibit A in a lawsuit brought by a woman who is turned down for a promotion because of pregnancy, or because of actual or perceived "maternal" responsibilities.

Speaking of Exhibit A, Bloomberg BNA reports that a federal judge in Colorado understandably denied summary judgment to an optometry practice in a pregnancy discrimination case, in part because of "egg talk" by the employer. The optometrist in charge of the practice allegedly demoted the plaintiff, saying it was "too bad that she had to go and get pregnant." He also admitted to telling the plaintiff's supervisor "in a joking manner" that he should not hire women with "viable eggs" but only women with "dead eggs."

The employer alleges that by "dead eggs" he meant "good work ethic" and that the plaintiff was fired for stealing time. The jury will decide who is right.

Egg discrimination: the next big thing. Remember that you read it here first!