No. 2: Weighing the credibility of the accusers. Even apart from the volume of the accusations, I found the women interviewed in the Farrow article to be credible. Here’s why: (1) Their allegations did not seem exaggerated. (2) The stories, coming from a number of sources who probably didn’t know each other, seemed to show a relatively consistent modus operandi. (3) One of the accusers actually went to the police and recorded Mr. Weinstein behaving in a manner that was relatively consistent with the allegations made by all of the women. Here is an excerpt (Mr. Weinstein’s denial of non-consensual behavior is at the end of the video):

(4) The accusers frankly blamed themselves in some respects (e.g., for giving in to Mr. Weinstein’s advances, for continuing a relationship with him afterward, for failing to report what had happened until very recently) but had credible explanations (i.e., fear, wanting to get “it” over with, and wanting to keep working). In addition, their allegations were corroborated by what some of Mr. Weinstein’s assistants told Mr. Farrow.

No. 3: This was (allegedly) quid pro quo on an epic scale. According to the Farrow article, Harvey Weinstein didn’t just hit on a few actresses. He had a system, a “production line.” He was the Henry Ford of sexual harassment. He had his assistants attend meetings with the actresses to make the actresses feel “safe.” Then, under orders, the assistants would “excuse themselves” and Mr. Weinstein would be alone with the actress and in prime position to hit on her. According to one assistant, there was a list of “receptive” women, who were called “F.O.H.” (Friends of Harvey). Then we have the political donations to the New York District Attorney’s campaign, which some allege may have been intended to keep “the system” going. (The DA’s Office denies any impropriety.) If the allegations are true, this is way beyond anything we see in the “regular” world.

No. 4: Don’t judge the accusers who gave in. Some of the women interviewed in Mr. Farrow’s article admitted that they gave in to Mr. Weinstein’s advances, and I would guess there are others we don’t yet know about. The fact that some gave in doesn’t invalidate their claims: the whole point of extortion is to get the victim to give in.

No. 5: Don’t hate the accusers because they’re beautiful. I’ve seen some nasty comments online about some of Harvey Weinstein’s accusers, belittling their allegations because they wear strapless gowns to red-carpet events and generally look great. Uh, that is not a defense to sexual harassment. These are actresses, and they are expected to look fantastic. That’s part of their job. The people who work with them need to deal with it and control themselves. 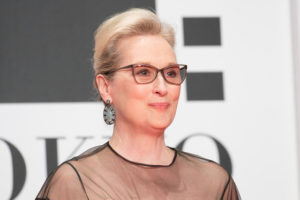 Meryl Streep: Too powerful to hit on?

No. 6: Don’t disbelieve the accusers just because Mr. Weinstein apparently didn’t harass allwomen. Several women have indicated that Mr. Weinstein didn’t bother them — Donna Karan, Meryl Streep — but this doesn’t mean he didn’t harass others. My impression from reading the Farrow article was that Mr. Weinstein (allegedly) chose more vulnerable types — younger women, women from other countries, women who were just starting out and had no clout of their own. In other words, it appears that he focused on women who he thought would be less likely to be able to defend themselves and perhaps less likely to complain.

No. 7: Don’t disbelieve accusers just because they don’t speak out promptly. When conducting a sexual harassment investigation, I am skeptical of “stale” complaints, but I don’t dismiss them out of hand. Sometimes there are very good reasons for a person not to come forward in a timely manner. One of the best reasons for a person to keep quiet is the reasonable fear of retaliation. According to the Farrow article, Mr. Weinstein frequently bragged about how powerful he was and how he could make or break careers. And these were no idle boasts – he really was powerful and really could make or break careers. The boasts, as well as the truthfulness of the boasts — aggravated by the fact that Mr. Weinstein was co-chairman of his company, answerable only to his Board of Directors — are likely to discourage a victim from reporting the alleged harassment. Plus, they had signed non-disclosure agreements.

No. 8: When the top dog is the harasser, it puts the company in a very difficult position. If a middle manager — or even a vice president — were inviting female subordinates to his hotel room, asking for sexual favors, and exposing himself, he’d be fired so fast your head would swim, and rightfully so. But when the harasser is the top person in the organization, only the Board of Directors has the authority to take action. There are two problems here: (1) someone would have to complain to the Board because otherwise the Board members may not be aware of the boss’s behavior, or (2) if the Board is aware, it may do nothing anyway because the boss is too successful or the Board is too weak. Alternative 1 is a real possibility, and may be a moral defense if not a legal one. But if it’s Alternative 2, which may have been the case here, the company could be destroyed along with the boss.

Image Credits: Still photo of Harvey Weinstein by David Shankbone, Meryl Streep by Dick Thomas Johnson, both from flickr, Creative Commons license. Screen shot of Rose McGowan’s tweet is by me. Ms. McGowan’s Twitter account has been suspended, but her pre-suspension tweets are still available for viewing.