By Robin Shea on 9.5.14
Posted in Americans with Disabilities Act, Discrimination, Employment at Will, Family and Medical Leave Act, Pregnancy

Do you think you have that employee termination all buttoned up, and no one will be able to challenge you? Defending that EEOC charge will be a slam dunk? No plaintiff's lawyer in his right mind would represent your soon-to-be-ex employee?

Are you sure about that? Can we talk? 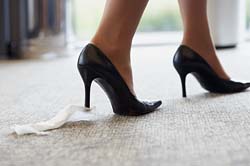 *This is not an all-inclusive list. There are probably more than five.

**I realize that a "faux pas" is a social blunder, and these are actually employer misconceptions. But I started thinking about the late Joan Rivers, and one thing led to another . . . language people, I apologize!

Faux Pas 1: "Our case is air-tight. She had documented performance problems." Documented performance problems are certainly a good start toward defending a termination, but they may not be enough. Were the standards communicated clearly in advance? In what way? Were they applied the same way to all similarly situated employees (for example, to all employees in the same job, or reporting to the same supervisor)? Did you warn this employee of any deficiencies and give her a chance to improve before you started talking about pulling the plug? Are all of those prior warnings and the employee's failure to shape up also documented? Are you sure that none of the decision makers had motivations that might have unfairly affected their perceptions of the employee's performance?

Faux Pas 2: "We're not concerned about this termination. We caught him being dishonest." Dishonesty is a legitimate reason for termination, right? Right. It usually is. But not always. Maybe the employee ate your merchandise because his blood sugar was low, arguably a reason that is protected under the Americans with Disabilities Act. Maybe the "dishonesty" was really just sloppiness or negligence, as often happens with expense reports and timekeeping. And maybe that second job the employee worked while on medical leave from your workplace was within the employee's restrictions, while your job was not. 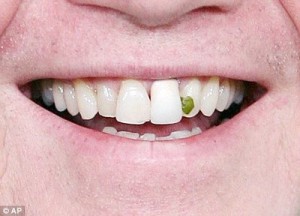 Faux Pas 3: "We researched the way we handled this situation in the past, and we found no 'similarly situated' employees who were treated differently." That one sounds awfully good, doesn't it? But there are two possible "similarly situated scenarios": (1) you have tons of employees outside the protected group who were treated exactly the same way as the employee in the protected group; or, as frequently happens, (2) you have the one employee in the protected group and nobody else because this has never happened before -- or, if it did, you didn't know about it.

If you're in Scenario No. 1, you are probably fine, but if you're in Scenario No. 2, you could have a problem, as shown in this recent decision from a federal court in Indiana, finding that a Catholic school teacher gets to go to a jury on her sex discrimination claim. The plaintiff was terminated because she was undergoing in vitro fertilization, which is a sin according to Catholic teaching. The "medically involved" part of the in vitro fertilization process affects only women - the guy's part is easy, medically speaking, and that's all I'm going to say about that.

The plaintiff claimed that her sex discrimination claim should go to a jury because the undisputed evidence was that no men in the Diocese had ever been terminated for being involved with in vitro fertilizations. Which stands to reason, since men have the medically easy part, and it also appeared that there was no evidence that the Diocese knew of any male employees who were providing "support" to women in their lives who were undergoing in vitro fertilization. No matter, said the court - the jury will have to decide whether the plaintiff was discriminated against because she was a female, even though there were no similarly situated employees. (Although the defendants in this case were the Diocese and a Catholic school, there was no ministerial exception because the plaintiff was a language arts teacher.) UPDATE 9/15/14: Law360 reports that the Diocese has appealed to the U.S. Court of Appeals for the Seventh Circuit (which hears appeals from federal courts in Illinois, Indiana, and Wisconsin) on religious and constitutional grounds. 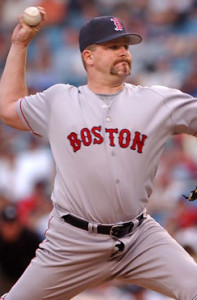 Faux Pas 4: "This employee is displeasing to me, and we're in an employment-at-will state." Are you kidding?

Don't be caught by the fashion police! (Joan Rivers, rest in peace.)

If you haven't done so yet, get on over to our website and sign up for Your Handbook Is Probably Illegal! How to Deal With an Activist Labor Board. This webinar will be held from 1 to 2:30 p.m. Eastern on Wednesday, September 24. Presenters will be Jena Cottreau, "gladiator" Cliff Nelson, and Leigh Tyson.

And while you're at it, sign up here for our four-part Webinar Series on the impact of the Supreme Court's 2014 labor and employment decisions. You can register for the entire series, or just for the sessions that interest you. All sessions are on Thursdays, from 1 to 2 p.m. Eastern:

Are time limits in a benefit plan for filing suit enforceable?

When a company is not doing well, how does this affect contributions to an Employee Stock Ownership Plan?

What effect will Hobby Lobby have on the "identity" of a corporate entity?

Will the decision open the door for employers to discriminate, citing religious grounds?

How likely are the contraceptive requirements in the Affordable Care Act to affect other laws?

Sandifer v. U.S. Steel and its effect on compensability of donning and doffing time

What will happen in all those cases declared invalid in Noel Canning?