The following is a scatological post, so grab a stool, have a seat, and listen up! (Or get a magazine.) 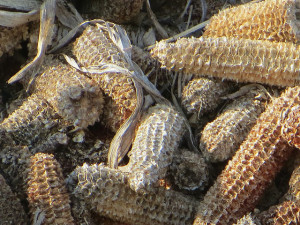 On Monday, a federal jury in Atlanta awarded two hourly warehouse workers $2.2 million in a lawsuit brought under the Genetic Information Nondiscrimination Act.

The controversy started when Atlas Logistics Group Retail Services, a grocery distributor, had a problem with someone who was going to the bathroom in the warehouse.

Except he or she was not precisely going to the "bathroom." Not literally. He or she was "going" right there in the warehouse, where product was waiting to be shipped. To go to supermarkets. Where we would buy it and eat it. Ewww.

Atlas assumed, not unreasonably, that the pooping perp was a disgruntled employee.

In an effort to put a lid on this problem, Atlas conducted an investigation and, based on shifts and work schedules, narrowed the suspects down to a few employees, including the two plaintiffs. The plaintiffs were "asked" to let the insides of their mouths be swabbed. They consented, allegedly for fear of losing their jobs if they refused. Atlas then sent the swabs to a laboratory for DNA testing to determine whether the swabs matched the DNA in the feces. 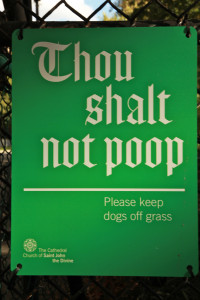 Both of the plaintiffs were cleared by the testing, and one of them still works for Atlas. The other quit voluntarily sometime afterward. The pooping perp has never been found.

The two innocent employees sued, contending that the DNA testing violated the GINA.

Not so fast, said Atlas -- the testing did not reveal any information about predisposition for disease, or genetic conditions. All it showed was the "spaces" between genes, which are apparently unique to every individual. Surely that does not violate the GINA! 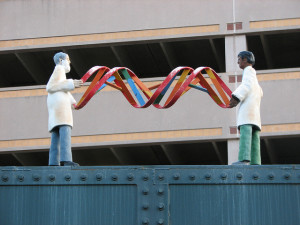 Well, uh, actually, it does. The GINA strictly prohibits employers from not only demanding, but also requesting or acquiring, genetic information from employees. Any genetic information. In fact, the GINA is so strict that it prohibits employers from asking about the medical conditions of an employee's family members, including their spouses and adopted children. (Some exceptions apply.)

In early May, the Honorable Amy Totenberg (sister of NPR's Nina Totenberg) flushed Atlas's arguments and granted the plaintiffs' motion for summary judgment. Judge Totenberg also coined the term "devious defecator" to refer to the anonymous pooper. (Google it!) The case was tried last week, but the only issue for the jury was how much money to award the plaintiffs.

The breakdown was $475,000 in compensatory damages (emotional distress) and $1.75 million in punitive damages. The award will surely be reduced because GINA has caps on compensatory and punitive damages of $300,000 per plaintiff. So, really, Atlas will only be out about $600,000 total, not counting what it's had to pay in attorneys' fees and what it will have to pay the plaintiffs for their attorneys' fees.

Well, why didn't you say so? That's hardly anything!

Please note that this verdict* is not from California. It's from Georgia. Juries apparently do not like the idea of employers getting or maintaining their employees' genetic information.

*Atlas is reportedly considering whether to appeal.

And here's another lesson: the company's loss prevention manager apparently had the idea to do the DNA testing. There is no indication that the plan was reviewed beforehand by an attorney, much less an employment attorney. If you're having to investigate employee wrongdoing -- whether it's theft, drug use or drug dealing, or BMs in the workplace -- you should always consult with employment counsel before taking action. With all of the legal restrictions on employers nowadays, it's too easy for a seemingly good plan to drag an employer down the toilet.

*In the event that this is a case about which you just can't read enough, you'll want to check out fellow bloggers Eric Meyer, Jon Hyman (for some reason I couldn't get the direct link to his post to work, so this will take you to his blog. Scroll down to the June 24 post for his article on this case.), and Dan Schwartz, as well as just about every major news media outlet in existence.

*If you have operations in Massachusetts, be sure to read about the final regulations on the new Earned Sick Time Law. Ellen Kearns and Angela Rapko have it all, including links to the regs and to the required posting.