Employment law BELIEVE IT OR NOT!

By Robin Shea on 7.11.14
Posted in Discrimination, Drug Testing, Pregnancy

Oddities, weirdness, and the strange and unusual from the world of employment law.

I thought only elephants had two-year pregnancies. As I've discussed here before, "pregnancy" for purposes of the federal Pregnancy Discrimination Act includes a lot of things besides the actual nine months of physical gestation. Arguably, it includes the period that a woman may be receiving in vitro fertilization. It includes miscarriage, or even an elective abortion. At least one court has found that it includes lactation, and the EEOC agrees. 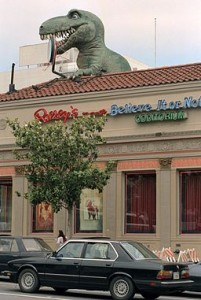 Now we have a recent decision from a federal court in New York, which says that "legal pregnancy" (as opposed to biological pregnancy) also encompasses roughly the first four months after the baby is born. If an employer discriminates against the employee during that four-month "grace period," then a plaintiff may have a valid pregnancy discrimination claim even though she hasn't been biologically pregnant for a while. (This really makes sense when you think about it, especially since the first three of the four months may be maternity leave.)

When you add up the period that might be required to conceive a child, the biological pregnancy, and the first four months of the child's life, I figure you end up with about a two-year period of "legal pregnancy." If not more, especially if lactation is included.

If marijuana is legal, then how can you get fired for buying marijuana? The day before marijuana sales became legal in the state of Washington, Spokane security guard Michael Kelly Boyer put on his tie-dyed tee, went to the Green Leaf with his sleeping bag, and camped out in front of the store so that he'd be first in the city to purchase the newly-legal weed. While he waited, he was interviewed by a local TV station. His employers saw his interview and allegedly fired him. (They deny it - one employer said he was still employed, and the other said they'd only asked him to have a drug test the next day. Probably knew he wouldn't pass.)

Constangy's award-winning employment law app is now available for Android devices! Find out what the  iPhone users have been shouting about -- employment law checklists, wage-hour and workers' comp calculators, contact information, and of course all of our firms's publications, including this blog. Best of all, the app is free.

Even if state law allows marijuana use, federal law still prohibits it. In fact, federal law prohibits even the use of medical marijuana (and there was no indication that Mr. Boyer wanted his pot for medical reasons). So, if Mr. Boyer was fired, the firing was probably legal. But this is a very hot issue right now - keep particular watch on the case of Coats v. Dish Network, which is pending at the Colorado Supreme Court. In that case, the plaintiff was terminated for using medical marijuana, which was legal under Colorado state law. His termination was upheld at the trial court and at the state Court of Appeals. According to one news source, oral argument at the state Supreme Court is expected to take place later this summer, with a decision in the autumn.

If we have a lot of minority employees, how can we be guilty of discrimination? Finally, we have Green Bay-area-based Wisconsin Plastics, which has been sued by the EEOC for national origin discrimination. The company laid off some employees who were assessed in a number of criteria, including English fluency. Almost all of the individuals who were selected for layoff were Hmong, and a few were Hispanic. The company, which has reportedly received diversity awards in the past, says that the lawsuit is "completely without merit" and added, "The twelve positions affected by the layoff were from a pool that was comprised of 91 percent of racial and ethnic minorities, including Hmong, Hispanic, African-American and American Indian employees."

Is it that time of year already? The American Bar Association is accepting nominations for its 8th Annual Blawg 100. If you enjoy Employment & Labor Insider and are so inclined, please go to this link and briefly explain why we should be on the "A" list of legal blogs. The deadline for nominations is 5 p.m. Eastern Friday, August 8. We very much appreciate your support, as always!

Well, heck, then, the company ought to win, shouldn't it?

Not necessarily. I suspect that, among the Hmong, Hispanic, African-American, and American Indian employees, the Hmong (the overwhelming majority of those laid off) had the fewest fluent English speakers. On the other hand, I would assume that all of the African-Americans and all of the American Indians spoke English fluently. If I'm right, then this type of diversity probably won't get the company very far in a lawsuit alleging discrimination based on language. If the company made layoff selections based on English fluency, it will have to prove that there was a legitimate safety-related or other compelling reason to require employees to communicate in English. (The EEOC alleges that there wasn't one.)

Not all minority groups are the same.