By Robin Shea on 9.27.19
Posted in Affirmative Action, Safety, Wage-Hour

On a party-line vote.

Yesterday afternoon, the Senate confirmed Eugene Scalia as the new Secretary of Labor, replacing Alexander Acosta, who resigned in July because of his role in a Jeffrey Epstein federal plea deal. 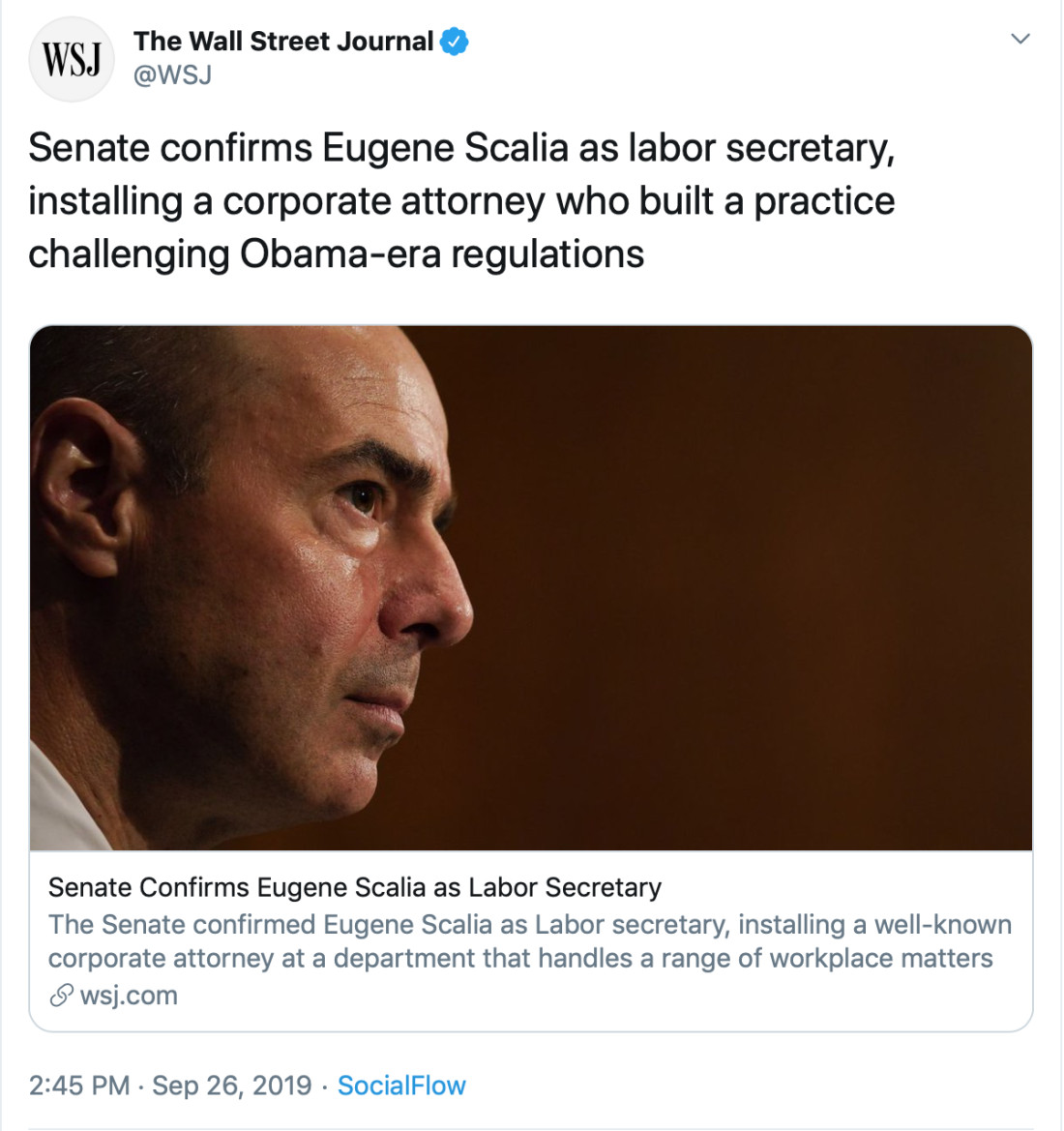 Mr. Scalia is the son of Antonin Scalia, the late Supreme Court Justice. He has been a partner in a large corporate defense firm, and in the early 2000s during the administration of President George W. Bush, he was Solicitor General for the U.S. Department of Labor.

The confirmation vote for Mr. Scalia was 53-44. No Democrats voted for him, contending that he would not sufficiently protect workers' rights.

Department of Labor agencies include the Occupational Safety and Health Administration, the Office of Federal Contract Compliance Programs, and the Wage and Hour Division (which enforces the Fair Labor Standards Act and the Family and Medical Leave Act, among others).