In Lubbock yesterday, Judge Sam R. Cummings permanently enjoined the U.S. Department of Labor's Persuader Rule, which is great news for employers. David Phippen has the full story here. The DOL can appeal to the U.S. Court of Appeals for the Fifth Circuit (it's already appealing the preliminary injunction issued in June), but with the coming change in administrations, it's possible that any such appeal would be dropped. Yesterday's order was short and sweet, so here is a link to the preliminary injunction order, issued in June, on which it was based. 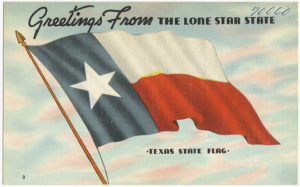 Meanwhile, in Sherman yesterday morning, Judge Amos Mazzant heard arguments in Nevada v. U.S. Department of Labor and Plano Chamber of Commerce v. Perez on the plaintiffs' motions to preliminarily enjoin the new rule governing white-collar exemptions to the overtime provisions of the Fair Labor Standards Act. Absent court action, the rule will take effect on December 1. Bloomberg BNA reports that Judge Mazzant took the matter under advisement (not surprising) and said he hoped to have a ruling by November 22, the Tuesday before Thanksgiving. If he denies the injunction, the minute entry says that he'll hold another hearing on November 28.

Stay with us - we will continue to keep you posted!