For “Labor Day” (get it?): Three pregnancy cases from the EEOC

The month of August was not kind to the Equal Employment Opportunity Commission. The EEOC’s wellness regulations were shot down by a federal court in the District of Columbia, and earlier this week the agency was told that it could not require employers to report compensation data on the new EEO-1 Reports.

But the EEOC also scored a big win in Pennsylvania, in a pregnancy discrimination case, and it’s filed at least two more pregnancy lawsuits that — if the allegations are true — might let the agency add to its “Win” column.

First, the clear win. The EEOC won summary judgment against Bob Evans Farms, LLC, after a manager in West Mifflin, Pennsylvania, took a part-time waitress off the automatic scheduling system two months before her due date, supposedly because he didn’t want to get “screwed” if she suddenly went out of work. The weird thing to me was that the waitress and the manager apparently never discussed what her actual due date was. ???

In any event, the waitress was not laid off, but she did have to call in to get work, and because the rest of the scheduling was done through the automatic system, she could work only as a “fill-in” but not as a regular employee. It appeared that she did take a hit on her work hours because of the change.

Now that the “liability” issue has been found in favor of the EEOC, the case will go to trial on damages. The EEOC claims that the waitress’s back pay is about $1,000. But they’re also asking for compensatory and punitive damages, and they could seek up to $300K from an employer the size of Bob Evans.

And now a moment for a Labor Day cookout idea (not a product endorsement . . . or is it?):

The other two cases are lawsuits that were just filed, so the employers haven’t even had a chance to respond. But they still provide a good indication of the way the EEOC is going on pregnancy discrimination and accommodation issues.

The agency filed suit Wednesday against Estee Lauder Companies, Inc., based on its maternity-paternity leave policy. The EEOC contends that Estee Lauder discriminates against men. According to the EEOC’s lawsuit, the company offers biological mothers six to eight weeks of short-term disability leave for childbirth. But after the STD is used up, new mothers get six more weeks of paid “maternity” leave, which is “bonding” time. After that, they get four weeks of “transition” time, which allows them to return to work on a flexible schedule until they get re-situated at work.

New fathers get “secondary caregiver” bonding leave, which is only two weeks, and no transition time.

IF the EEOC’s allegations are true (again, Estee Lauder has not had a chance to respond), then this could be a problem. The EEOC is not challenging the mothers’ STD time, which would obviously be tied to the physical disability associated with childbirth and unique to mothers, but rather the “bonding” and “transition” time. Arguably, new mothers and new fathers are “similarly situated” when it comes to bonding. We’ll see what Estee Lauder says. 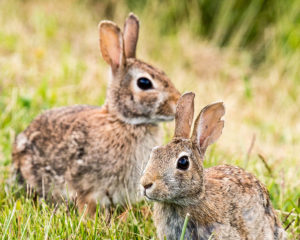 And, finally, we have the EEOC’s lawsuit against a hospice/assisted living facility in Wisconsin. The allegations are pretty bare-bones. According to the EEOC, a caregiver was denied light duty that she requested because of her pregnancy, and she was terminated, presumably for inability to do the job. But the hospice did provide light duty to employees with on-the-job injuries, and the caregiver at issue would have been able to perform those light duty tasks. So the EEOC is claiming that the hospice violated the Pregnancy Discrimination Act by denying light duty to pregnant employees while giving it to other non-pregnant employees who were similar in their ability or inability to work. 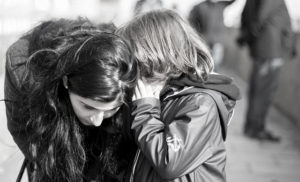 In my opinion, this is the case to watch. In 2014, the EEOC took the position that employers had to offer light duty to pregnant employees if they offered it to employees with workers’ comp injuries or employees with disabilities. After the Supreme Court’s decision in Young v. UPS, the EEOC revised its guidance and took those “light duty parts” out. But they didn’t really back down, and I’ve been telling employers who don’t want to be “test cases” to at least try to offer light duty to pregnant employees if they offer it for these other reasons. I’m not sure the courts will agree that this is necessary. With this lawsuit, and if the hospice doesn’t settle, we will find out soon enough.