Gender dysphoria: Is it an ADA-protected disability?

By Robin Shea on 6.2.17
Posted in Americans with Disabilities Act, Gender Identity Discrimination

As our readers know, discrimination against transgender individuals is often treated as sex discrimination under Title VII, as a form of unlawful "sex stereotyping."

But is it also a "disability" within the meaning of the Americans with Disabilities Act when an individual identifies with a gender other than his or her biological one? 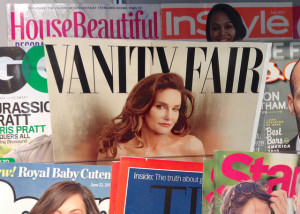 Transgender individuals don't usually invoke the ADA, presumably because they don't consider themselves to be "disabled." But more importantly from a legal standpoint, the ADA specifically excludes gender identity disorder as a "disability" within the meaning of the law.

Section 12211 of the ADA contains a number of exclusions, including homosexuality and bisexuality (on the ground that they are not "impairments" at all).

Then it goes on to exclude "transvestism, transsexualism, pedophilia, exhibitionism, voyeurism, gender identity disorders not resulting from physical impairments, or other sexual behavior disorders; compulsive gambling, kleptomania, or pyromania; or psychoactive substance use disorders resulting from current illegal use of drugs." (Emphasis added.)

"Transsexualism" and "gender identity disorders not resulting from physical impairments" seem to be 1990s-era terms for the state of being what we call today "transgender." And based on the other conditions that "transsexualism" and "gender identity disorders" are grouped with, it appears that in 1990 Congress considered these to be anti-social behaviors like peeping, child molestation, compulsive stealing, and compulsively setting things on fire.

Be that as it may, based on the plain language of Section 12211, I would have believed that an individual with a gender identity disorder not resulting from a physical condition (what we now call "gender dysphoria") was excluded from ADA protection.

But in Blatt v. Cabela's, Inc., a federal judge in Pennsylvania found that the plaintiff's gender dysphoria could be an ADA-protected condition, despite the exclusion in Section 12211.

Ms. Blatt had argued that excluding gender dysphoria from ADA protection violated the Equal Protection Clause of the Fourteenth Amendment. (I'm not sure she's wrong, in light of recent Supreme Court decisions.) But the judge apparently didn't want to go there, so he found, instead, that gender dysphoria that caused "clinically significant stress and other impairments that may be disabling" could be.
The judge is correct that a person with an ADA-excluded condition may also have medical conditions that are covered by the ADA. For example, pregnancy is not an ADA-protected disability in itself. But if a pregnant woman develops preeclampsia, high blood pressure associated with pregnancy that can result in a stroke or permanent liver damage, she may have a protected disability based on the pregnancy-related medical condition, although not based on the pregnancy itself. Similarly, although homosexuality is not an ADA-protected disability, a gay man with HIV would have a disability based on the HIV condition.
Now, let's analogize this back to the transgender individual. Clinical depression caused by, let's say, discrimination against an individual because she was transgender would clearly be an ADA-protected condition. But her transgender status in itself would not be because the statute says it isn't.
I think the judge starts down a rabbit hole when he begins discussing "associated disabilities" in the context of a transgender individual. He notes that the plaintiff alleged that she was substantially limited in "interacting with others, . . . and social and occupational functioning." Wouldn't these be issues with just about any transgender individual, if for no other reason than because of societal prejudice? The judge also references substantial limitation in "reproducing." But isn't a gay or lesbian cisgender individual -- who is excluded from ADA coverage -- just as limited in this regard? (In other words, he or she also has to choose between going childless, or adopting, or conceiving through artificial insemination or in vitro fertilization, or through a surrogate.)
In other words, it seems to me that, if we follow the judge's reasoning, we are reading Congress's exclusion right out of the statute. And we can't do that unless the provision is unconstitutional, as the plaintiff has argued but no court has ruled.
In any event, employers should be aware that at least one federal court says that gender dysphoria is an ADA-protected disability that may require reasonable accommodation. It will be interesting to see whether any other courts follow, or whether the U.S. Court of Appeals for the Third Circuit will agree.
Thanks very much to my blogging friend, Bill Goren of the blog Understanding the ADA, who alerted me to this decision!
Image Credits: From flickr, Creative Commons license. Caitlyn Jenner on magazine rack by Mike Mozart; reading glasses by faunggs photos.
Tags: ADA, Aisha Harris, Americans with Disabilities Act, Ballard Rosenberg Golper & Savitt, Bill Goren, Blatt v. Cabela's, Business Judgment, Dan Cathy, Elvis Presley, Expert Witnesses, Gender Dysphoria, Gender Identity, Gender Identity Discrimination, Gender Identity Disorder, It's Now or Never, Jeff Sessions, Lawful Products, Lawsuits, Pennsylvania, SCOTUS, Third Circuit, Transgender, Transgender Status, Two-Member Board