Harassment "must-have" no. 5: No retaliation!

By Robin Shea on 6.19.15
Posted in Harassment, Retaliation

We have reached the fifth and final of our five harassment "must-haves": No retaliation. 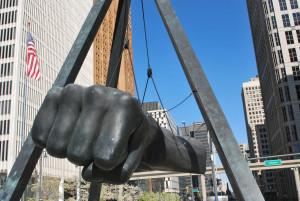 It should be easy to avoid retaliation, right? Because retaliatory conduct is intentional - you can't "accidentally" retaliate against someone. You can't "negligently" seek payback.

To retaliate, you have to work at it.

Of course, that would make life way too simple. Employers can negligently or accidentally do things that will cause them to be accused of retaliation. Here are four common "gut reactions" to a harassment complaint, as well as to any other employee protected activity, that can get an employer in trouble even though the employer doesn't have a true retaliatory intent.

Resentment. If you're in Human Resources or you're a lawyer, you have probably accepted the fact that people have legal rights to make complaints in the workplace, including harassment complaints. You've learned not to take the complaints personally, and you'd just as soon they brought their complaints to you rather than to the EEOC or a plaintiff's lawyer anyway.

You are totally awesome. But how about everybody else?

Your non-HR/non-legal co-workers probably don't view this type of complaint the way you do. They may feel they were under attack, and they may believe that the complaint was exaggerated or even false. Or they may just feel that the complaining employee messed up what used to be a loose, free-wheeling work environment. (I heard a great joke yesterday and would love to tell you, but I better not - don't want to be accused of harassment! *snicker*)

You need to "manage the resentment" of others before it creates a problem.

If you haven't already done so, be sure to check out my other "Harassment 'Must-Haves'": Policy and Training, the Investigation, and the Determination.

During the investigation, close each interview with a reminder about retaliation. You'll want to be direct with the accused harasser and anyone in management. With non-management witnesses, you can be more low-key, but do make sure they understand that the complaining employee should be treated normally after everybody goes back to work.

And give them specifics because this may be awkward for a while. They need to say hello and goodbye. They need to be courteous. They need to interact at least enough so that everyone can carry out their job duties. If they were friends with the complaining employee before the complaint, it's OK for them to continue being friends afterward. If they throw a party and invite everyone in the office, then they need to invite the complaining employee. That kind of stuff. Sometimes this is easier said than done, so if they're really having a hard time with it, encourage them to vent "safely" in private. (But not with anyone at work except a lawyer. A family member is probably best.)

Avoidance. This is the most typical "dysfunctional" response to a harassment complaint that I see. Most people know better than to start putting thumb tacks on the chair of the complaining employee or embedding her stapler in jello.

Still funny after all these years.

What they do instead is avoid. They're scared they'll create a legal issue if they say or do the wrong thing. The "avoider" is often in a supervisory role.

Here's what happens: Jan makes a protected complaint, and as a result you're afraid to give her work to do or provide her with constructive criticism for fear of being accused of retaliation. So you don't. Meanwhile, Jan does crossword puzzles, watches cat videos, talks to her boyfriend, and files her nails all day. But she's great, right?, because she is fulfilling your expectations.

I talked last week with William Welkowitz of Bloomberg BNA's Labor and Employment Blog about the Supreme Court's recent decision in EEOC v. Abercrombie. I'm honored to have been the employer "counterpoint" to the EEOC's General Counsel David Lopez.

There are at least two ways this can go wrong, and sometimes they both go wrong at the same time: (1) Jan realizes she isn't being given anything to do, and realizes that the company won't keep her around forever if she's always idle, so she views her lack of work and development as a form of retaliation. (2) (See "Explosion," below.)

Avoid avoidance. Treat the complaining employee as normally as you possibly can. Keep giving her reasonable tasks to perform, including the unpleasant ones if they're legitimately part of her job. Provide constructive criticism when it's appropriate. This will help you get over the fear that caused the avoidance in the first place, keep co-worker resentment to a minimum, and help Jan feel better because she'll realize that she is not going to be treated "differently" for having made the complaint.

At an EEOC forum earlier this week on retaliation in the workplace, a senior attorney adviser for the agency said that retaliation "is the linchpin for all civil rights enforcement. If employees fear the repercussions of filing a charge or complaint, then their rights are unlikely to be enforced."

Scrutiny. This isn't as common as avoidance, but it does happen from time to time. Instead of avoiding the complaining employee, you start paying a lot more attention to him. For 20 years, he's been showing up at work five minutes late with no repercussions, but after the complaint, you start keeping a log of every tardy, and you start writing him up, following the letter of your attendance policy.

Increased scrutiny of work habits that were tolerated before the protected activity can be a form of retaliation.

(Of course, it's fine to tighten your rules if you need to, even if the complaining employee will be affected, but your new practice should be communicated in advance and should apply to all employees, not just the one who made a complaint.)

Explosion. This is often the result of "Avoidance." Because he isn't being asked to do anything, the employee becomes bored, lazy, and "entitled." Co-workers resent. So do you. Finally, being only human, you overreact to something that the employee did, said, or didn't do or say. You explode.

This is the expected reaction when you let someone get away with murder for too long. No, you didn't retaliate, but you may have trouble convincing anyone else of that.

Lawsuit. Not a gut reaction, but it is often the result of Resentment, Avoidance, Scrutiny, and Explosion.

The Colorado Supreme Court says an employer can still fire an employee for testing positive for drugs . . . even if the drug is medical marijuana. Tommy Eden has the story!