By Robin Shea on 5.2.19
Posted in Discrimination

The following is a true story.

On Monday afternoon, I was on the phone with a TV news producer who was interested in doing a story on recruiters who discriminate. She asked me whether, in my experience, recruiters ever screened out individuals in certain "legally protected categories" so they never made it to the employer's applicant pool.

(I have a feeling she may not be calling me again. "Recruiters engage in fair hiring practices!!!" doesn't make for a very exciting TV show.)

I was telling the truth -- I've never known a recruiter to screen out applicants based on discriminatory criteria.

But that very evening, I read about Cynet Systems, the recruiting firm based in Sterling, Virginia, which advertised for a position in Tampa and said the ideal candidate was "Preferably Caucasian." 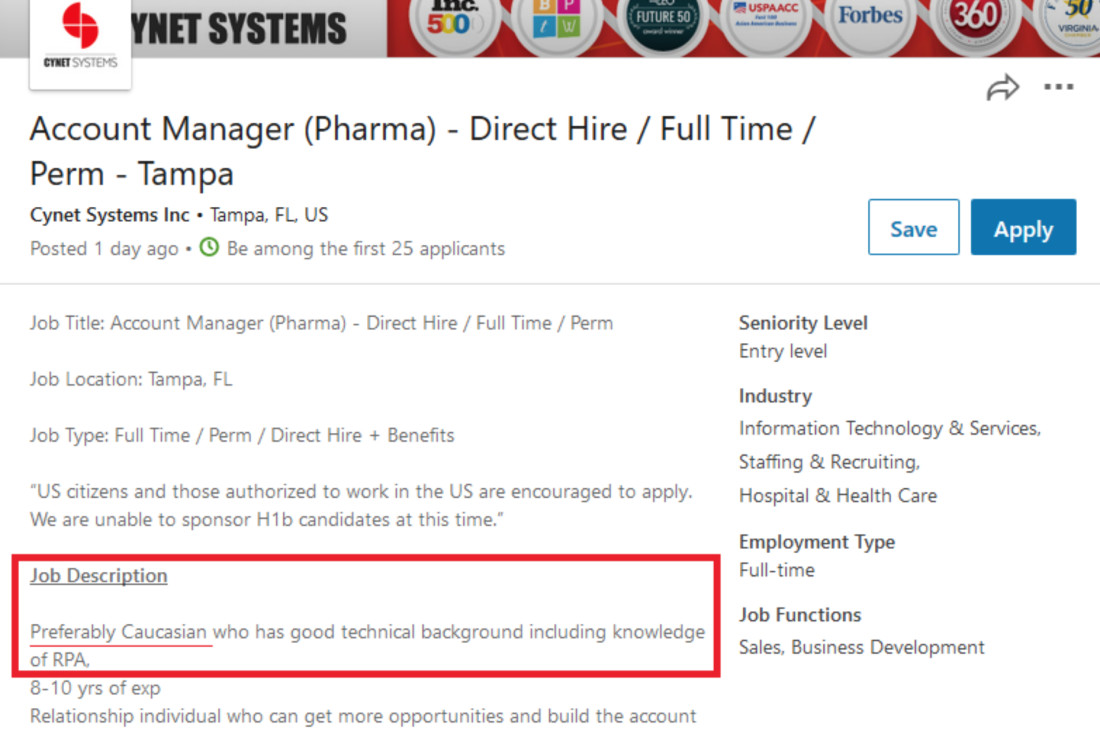 You have probably heard about Cynet by now, because they got their tails kicked on social media, withdrew the ad, and apologized profusely.

My first thought was that Cynet was the victim of cybersabotage or a disgruntled employee. But apparently not -- according to at least one news report, the company said the culprit was just a "new" employee who didn't know any better.

Oh, okay. I can understand how a new employee might get it wrong. After all, race-specific employment ads have only been illegal since . . . what, 1964?

Then someone found and tweeted another Cynet ad from a while ago, specifying "Female only" for some position: 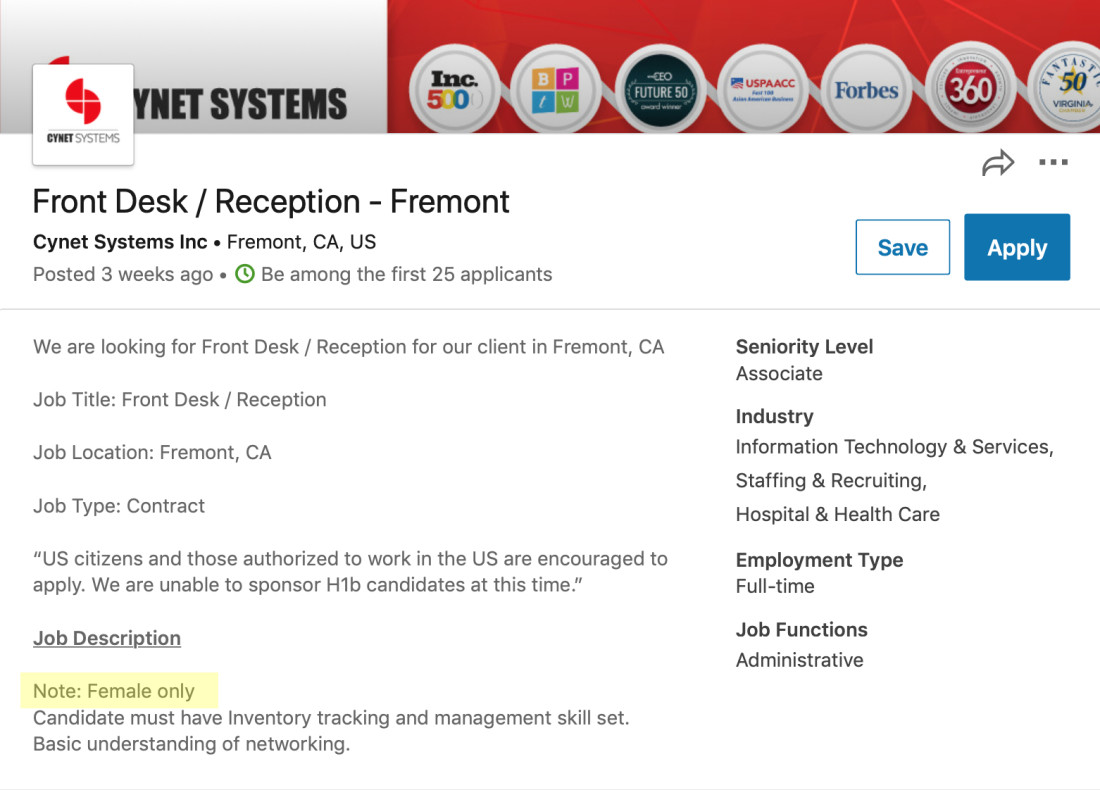 Your whole reason for being is to help your clients hire people. So, don't skimp on educating your employees about the EEO laws as they relate to hiring and recruiting.

If you use inexperienced employees who don't know the law to write your ads (NOT RECOMMENDED), require that the ads be reviewed and edited by someone with some experience and knowledge before they're published.