Five sure-fire ways to get an age-based harassment complaint

By Robin Shea on 7.27.12
Posted in Discrimination, Harassment

I conducted harassment training this week for a client, and, interestingly, the attendees of all ages seemed to be more curious about age-based harassment than any of the other categories we discussed.

Meanwhile, there has been a debate on the internet this week that is of grave concern to us all.

No, I'm not talking about whether Mitt Romney committed an intolerable gaffe by criticizing the security at the London Olympics. Or whether President Obama hates private enterprise deep down in his heart. Or whether Chick Fil-A is an enemy of "Chicago values." (But assuming arguendo that this was true, wouldn't it be a good thing?)

I'm talking about whether women past a certain age should continue to wear their hair long, and down about the shoulders.

I feel sure that my readers are asking themselves, "What does 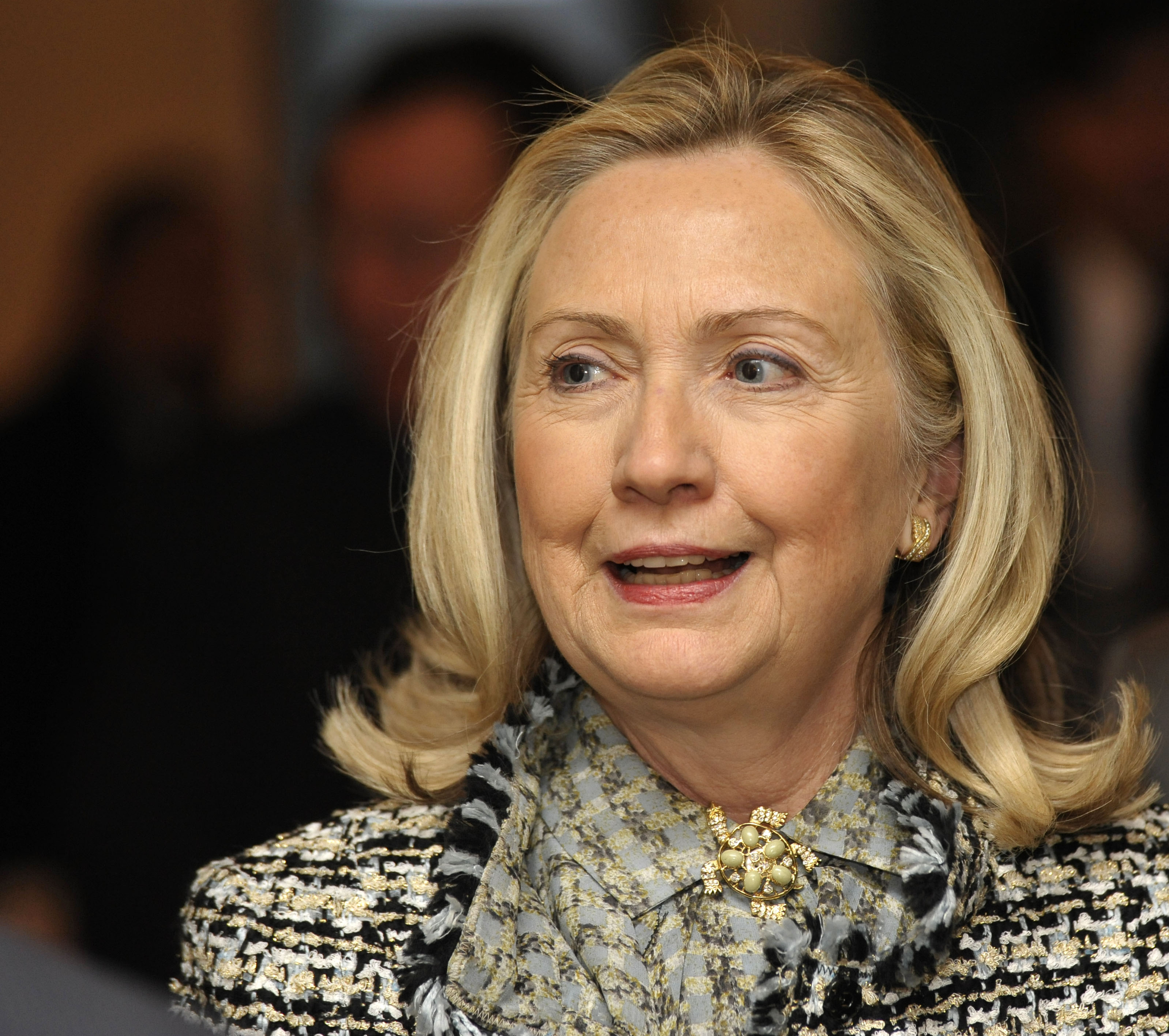 Robin think about this pressing issue? After all, she's a woman, and she's no spring chicken herself."

For the most part, long hair on an older person -- male or female -- is a hard look to pull off. But there are exceptions, including a woman I work with who is over 50, has beautiful long hair, and looks fantastic. On the other hand, the last time I had long hair, I looked like I'd fit right in with the cast of Macbeth. ("Bubble, bubble, toil and trouble.") And IMO the Hillary on the left looks better than the Hillary on the right.

Well, now that I've gone on record about this important issue, I'm tired, so I've asked my friend, The Devil, to give you some advice today in my place. Here are five things employers (and the young whippersnappers they employ) should do to be sure they'll be accused of age-based harassment

1. Be sure to associate "high energy level" with youth. Heaven knows, old people have no get up and go. That's why they need Geritol and go to bed before the 11 o'clock news comes on. (Or, if you live in the Midwest, the 10 o'clock news - even worse!!) If you want someone with pep, hire a kid. Do you have any idea what it takes to be able to play World of Warcraft (Cataclysm) until 3 a.m. on a work night? Didn't think so.

2. Be sure to call young slackers "slackers," and old slackers "dead wood." Of course young people are going to be lazy -- they haven't been around long enough to develop a work ethic, poor darlings. And "slackers" are kind of cute, and hip. They're all special, and they all just need a little time and a helping hand to become the "rising stars" that they really are. On the other hand, if somebody is a 45-year-old slacker, then something's wrong. He's dead wood. He needs to be cleared out of the forest, if you know what I mean.

3. You know those "over the hill" birthday parties? They're especially a good idea if everyone else in the department is under 30. Older employees love being reminded by their young co-workers that they're "over the hill," approaching death, and closer than you are to needing false teeth, blue hair dye, and other products too intimate to mention. Whatever you do, don't throw them a birthday party with a nice

"normal" cake and ice cream, and maybe some flowers . . . at least, not unless the flowers are lilies. (Tehe - get it?) Take special care to figure out who in your department is sensitive about getting older, and give her the biggest, most obnoxious black balloon party of all. And even though it's good to throw these parties when a co-worker turns 40, it's even better to do them when the co-worker is 50, or 60, or 70. That makes the styrofoam tombstones that much more realistic.

4. Have nicknames for your older workers so they know you love them. "Pops" is good for guys past the age of 50 ("Gramps" is even better!), and women of that age love being called "Mom" instead of their real names.

5. If you're Gen X or Gen Y, be sure to talk at work about how much you hate Boomers and can't wait for them to die.* It's always good to stereotype people based on the 20-year period in which they were born because of course they're all alike -- sort of like everybody born between mid-July and mid-August has exactly the same strengths and shortcomings, according to Astrology. Everybody knows Baby Boomers are not technologically savvy -- well, except for Steve Jobs, may he rest in peace, and Bill Gates (both born in 1955) -- and they're all a bunch of aging hippies and left-wing radical former SDS'ers -- well, except for that aging hippie left-wing radical Mitt Romney (born in 1947). Anyway . . . never mind.

Hey, this is Robin again -- sorry. The Devil got carried away there at the end. I made him go to his room with no TV, not even the Olympics. He must be sensitive about his age.

PHOTO CREDITS: Wikimedia Commons (public domain) except picture of Devil, which is from clipart.com.