Phyllis Diller on the latest in labor and employment

If we don't laugh, we'll cry, right? In honor of Phyllis Diller, the queen of the one-liners, who died this week, and her counterpart, the great Henny Youngman, 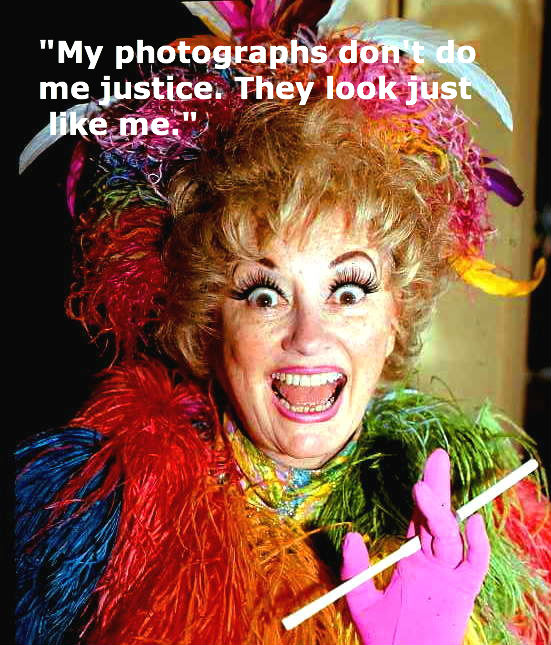 here is the latest labor and employment news - all in one-liners, of course.

"A bachelor is a guy who never made the same mistake once."

"Take my federal agencies -- please!" The National Labor Relations Board has taken the position that a blanket requirement of confidentiality during an investigation of employee misconduct violates Section 7 of the National Labor Relations Act . . . and, reportedly, the Buffalo, New York, office of the Equal Employment Opportunity Commission is taking the same position with respect to Title VII of the Civil Rights Act of 1964. (Hat tip to Constangy's Bill McMahon, who alerted me about the EEOC letter. Jon Hyman and Phil Miles have some good postings about this.)

"I've been asked to say a couple of words about my husband, Fang. How about short and cheap?"

"But, seriously, folks . . ." The U.S. Court of Appeals for the Sixth Circuit, which hears appeals from federal courts in Kentucky, Michigan, Ohio, and Tennessee, has held (correctly, in my opinion) that psychological counseling is a "medical examination" within the meaning of the Americans with Disabilities Act, which means that an employer cannot require it of a current employee unless it is "job-related and consistent with business necessity."

"Take my federal agencies -- please!" The EEOC sued a company for allegedly discriminating against African-Americans, Hispanics, and males in its use of criminal and credit check information in hiring, but during discovery the company learned that the EEOC was doing exactly the same thing when it hired EEOC employees . . . so a court has said that the company may take the deposition of an EEOC representative to get testimony about the agency's own practices.

"Burt Reynolds once asked me out. I was in his room."

"But seriously, folks . . ."  This case, affirming a $4 million punitive damages award against Chrysler Corporation, is worthy of a standalone post, but in the meantime here's a taste: what happens when you have anonymous racial or ethnic graffiti, can't figure out who's doing it, and suspect that the victim may be doing it himself?

"Take my federal agencies -- please!" An administrative law judge of the NLRB has ruled that an employment-at-will disclaimer -- you, know, those disclaimers that practically every employer in the United States uses -- violates employees' Section 7 rights to engage in protected concerted activity relating to changing their at-will status.

"We spend the first 12 months of our children's lives teaching them to walk and talk, and the next 12 telling them to sit down and shut up."

Photo credit: Allen Warren, Wikimedia Commons (public domain). Caption (added by me) is a Phyllis Diller joke. Unfortunately, there were no public domain photos of Henny Youngman available, and we are a law-abiding blog. Jokes in post (in order of appearance) from Diller, Diller, Youngman, Diller, Youngman, and Diller. "Take my wife -- please!" is Youngman's most famous line.