Is your reason for termination honest, logical, and complete? If not, you may get a scary result in your discrimination case

By Robin Shea on 6.14.13
Posted in Discrimination, Employment at Will 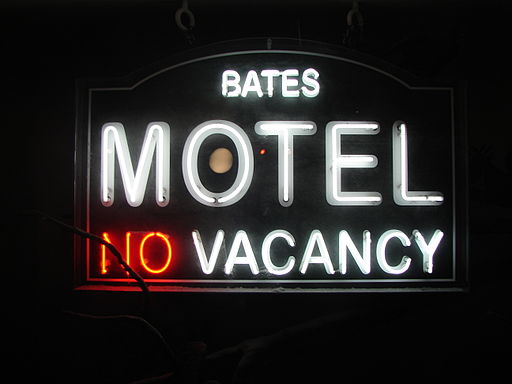 "employment at will" propaganda.)

If you realize your reason wasn't too good and therefore "improve" it a little after the fact, that just makes things worse. If you "improve" it more than once, that makes things exponentially worse. The indefensible reason, coupled with the fact that you changed your story multiple times, will be evidence that your stated reasons were a pretext (cover-up) for an unlawful reason . . . like discrimination. And that is scary. Allow me to illustrate with a court decision that was issued this week.

The plaintiff, Ms. Hitchcock (her real name), worked for a private home health care agency. At some point, she learned that she was pregnant, and she informed her supervisor, who had allegedly told a co-worker in similar circumstances for the third time, "If I were you, I'd have an abortion."

OK. Now the supervisor may or may not have really said this, but it's a summary judgment case, so we have to assume for now that she did. She didn't (allegedly) say that to Ms. Hitchcock, but she did ask Ms. Hitchcock whether she planned to quit her job after the baby was born. Ms. Hitchcock said it was too early to tell -- she was only three months pregnant. Then her boss allegedly started dumping mountains of work on Ms. Hitchcock for no apparent reason and making it hard for Ms. Hitchcock to get all of her work done in her 40 hours a week. 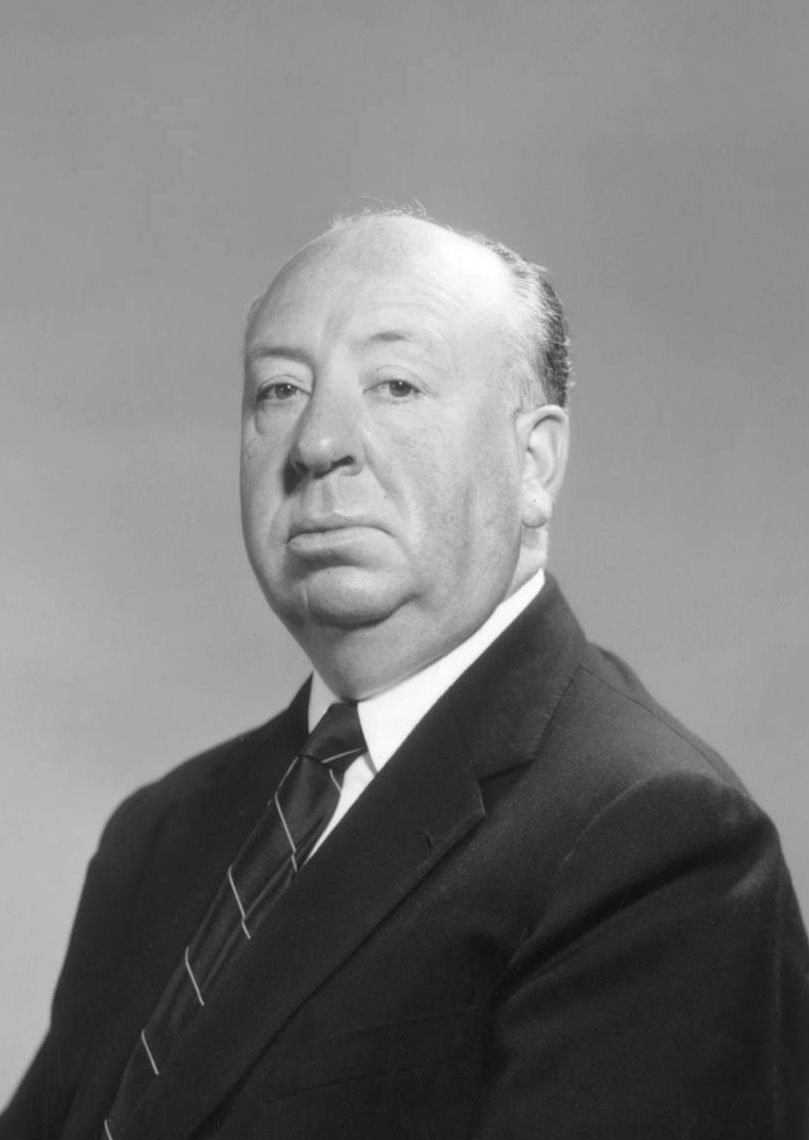 Goood eeeevening. The following story is entirely true and factual.

Ms. Hitchcock was greeted at the door by the lady's son. (We'll call him Norman - not his real name.) Norman was not very welcoming and said that he did not think his mother needed the assistance of Ms. Hitchcock's employer. However, he finally cooperated and told her that his mother was napping. Ms. Hitchcock obtained the necessary information from Norman and then asked to see the old lady. Norman didn't want to let her see the old lady, but Ms. Hitchcock insisted, so Norman "reluctantly" took her to his mother's bedroom . . .

. . . and Ms. Hitchcock saw the lady lying face down, very still (as in "not moving at all"), and saw a stain on the sheet near her mouth. She told Norman that the stain looked like blood and asked to get a closer look at his mother. Norman wouldn't let her, and Ms. Hitchcock got a really bad feeling and got the heck out of there. She went back to her office, about 10-15 minutes away.

When she arrived, she met with her boss (yes, same boss described above) and told her the whole story and said that she was creeped out and was afraid that the old lady was, in fact, deceased. Together, they called Adult Protective Services, which returned the call after about a half hour and told them to call 911. Which they did. Meanwhile, the boss told Ms. Hitchcock to go ahead and enter the new client into the system (just in case she was still alive? who knows?). Which Ms. Hitchcock did.

Eventually, the authorities said that the poor lady had been dead for 2-3 days at the time of Ms. Hitchcock's visit to the home. Which would explain the son's strange behavior.

Not long afterward, Ms. Hitchcock was fired over this visit.

Did I mention that Ms. Hitchcock was pregnant? And that her boss allegedly didn't like employees with babies? Needless to say, Ms. Hitchcock sued for pregnancy discrimination.

A number of reasons for Ms. Hitchcock's termination were given by the employer at different times:

1. She completed an admission on a deceased client. Yeah, that seems dumb, and maybe even dishonest.* Except for the fact that this was (allegedly) exactly what her boss told her to do.

*I know nothing about Medicare fraud, but I wonder if something like that was involved. Compare, for example, this. Am I being too conspiratorial here? Probably. It just seems weird to me to "admit" a client you were pretty sure was dead.

3. If the client had been alive, which of course she was not, Ms. Hitchcock would have endangered the client's health and safety by not doing a proper assessment and not taking care of the stain or whatever it was near the client's mouth. Uhh . . . except . . . the client in fact wasn't alive and hadn't been for a few days. And, in any event, her son wouldn't let Ms. Hitchcock near her to make an assessment. This explanation was in the supervisor's summary judgment affidavit.

5. Ms. Hitchcock waited too long to call 911. Except that she promptly told her boss everything that was going on, and the boss also waited half an hour to call 911. 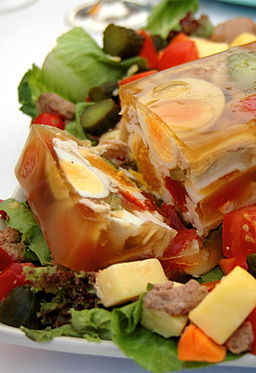 A federal magistrate actually granted summary judgment to the employer on Ms. Hitchcock's pregnancy discrimination case, but she appealed and a panel of the U.S. Court of Appeals for the Seventh Circuit -- which hears appeals from federal courts in Illinois, Indiana, and Wisconsin -- reversed. The appellate panel, viewing the facts in the light most favorable to Ms. Hitchcock, said (1) there was evidence that her boss was not favorably disposed toward pregnant employees, and (2) Ms. Hitchcock was fired for a bunch of inconsistent reasons, none of which made any sense, after she had announced her pregnancy. In other words, "If it doesn't jell, it isn't aspic, and this ain't jellin'." In other words, because the employer's story kept changing and never really made sense, Ms. Hitchcock had enough evidence that the stated reasons for her termination were a pretext for pregnancy discrimination.

So Ms. Hitchcock gets a jury trial.

What a bizarre case, huh? And who knows what really happened?

Employers, be aware that the reason you initially provide for terminating an employee is the one you will have to live with forever, through thick and thin, unemployment hearings, administrative charges, and lawsuits. Therefore, it makes sense to invest some time at the beginning to make sure that your stated reason (1) is truthful and supported by the evidence, (2) makes sense, and (3) covers all the bases.

If you have a reason that doesn't meet these three criteria, then the employee will be able to claim that this isn't the true reason for the termination, and that the true reason is an illegal one -- discriminatory, or retaliatory, or something else that will cost you a lot of money and heartache.

Here's another example that I see frequently. An employee is a lackluster performer but isn't really bad enough to be fired. The employer gets into a downsizing mode and decides to terminate the mediocre employee while eliminating jobs. Makes sense, right? Why put good employees out of work when you have somebody who is barely cutting it?

So, this is usually fine to do. But what would you tell this employee when explaining why he was losing his job? 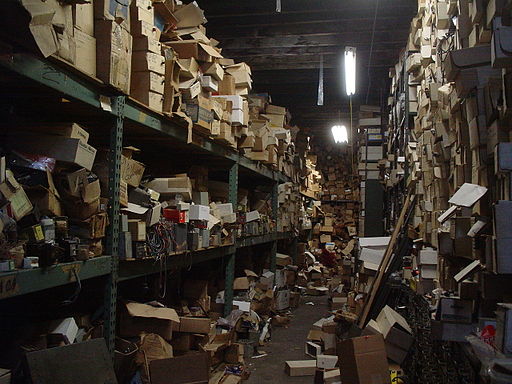 Unfortunately, the truth is not always neat and tidy.

Of course, either one of these reasons, taken in isolation, is not true and is not supported by the evidence. The employee's performance, while mediocre, was not poor enough for termination, and this wasn't a true RIF selection, either. And it's also not the complete story. So these reasons used alone fail all three of my criteria (honest, makes sense, and covers all the bases).

What I recommend in these situations is to be honest and complete. The truth is not always tidy. Explain (both to the employee and in any documentation) that the employee was terminated because of the combination of the need to eliminate positions generally and this employee's mediocre performance in particular. It may not be as clear-cut as you'd like, but you'll be able to defend yourself because it's what happened. And what happened was legal. (And, if you want, you can still agree to treat it as a "RIF" for purposes of severance or unemployment.)

In other news, I'm sure you've heard about the EEOC's criminal background check lawsuits filed this week against Dollar General and BMW. The suits contend that the companies' criminal background policies create a disparate impact on African-Americans.

I've seen a lot of commentary on the internet that is condemning the companies based solely on the allegations in the EEOC's lawsuits. That isn't fair -- the companies haven't even had a chance to respond. In each case, the EEOC obviously put its best foot forward, picking out a single specific instance of a good, long-term African-American employee who was let go after the company learned that he or she had a relatively minor criminal conviction in the distant past. We'll keep you posted as the cases progress, and we'll especially look forward to hearing what the companies have to say.