Little lies employers tell . . . and why they shouldn't

By Robin Shea on 4.21.11
Posted in Discrimination, Employment at Will

"If you tell the truth, you don't have to remember anything." Mark Twain

"No man has a good enough memory to be a successful liar." Abraham Lincoln

"A half truth is a whole lie." Yiddish Proverb

"Those who think it is permissible to tell white lies soon grow color-blind." Austin O'Malley

Q. "How do you know when a lawyer is lying?" A. "His lips are moving." Old lawyer joke. Har-de-har-har, Alice. 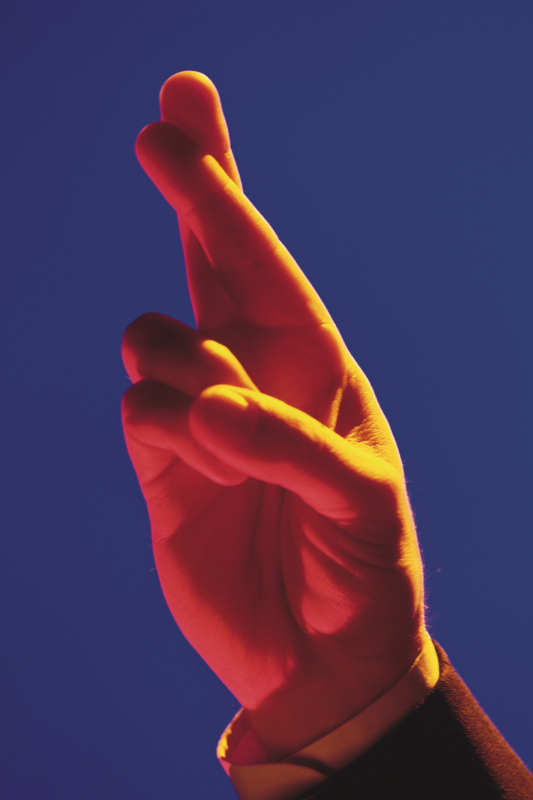 All of us have been guilty of fudging on the truth, if not out-and-out lying, from time to time. But the fact that we've done it doesn't make it right. There are many reasons that honesty is the best policy, and with a hat tip to my colleague Bill McMahon for suggesting this topic, I'd like to talk about why it is important in the employment context.

First, the obvious: Perjury is a crime, and so is obstruction of justice. If you lie under oath, or in connection with a government investigation, or destroy or falsify evidence, you have committed a crime, and you could go to jail. If that's not a deterrent to lying, then I don't know what is.

But because none of you are perjurers or obstructors (obstructers?), I'll focus on the "little" lies that we are more likely to tell, and how they can come back to bite us as employers.

The truth, a fragment of the truth, and nothing but a fragment of the truth. The company is having a rough time in a bad economy, and a rumor begins that there will be a reduction in force next Friday. You don't want to have to say anything about the RIF until the day that it will take place, but you want to put an end to the gossip. So you call an employee meeting and say, "There is no truth whatsoever to the rumor that we are having a reduction in force next Friday." Technically, you have told the truth because the RIF is actually scheduled for the following Monday. Shame, shame, shame! Even though your statement was true and even though you may have bought yourself a weekend of peace, you'd better enjoy that weekend while you can. Come Monday, your credibility will be ruined, not only with the employees who will be let go, but also with those who stay.

Or, maybe you finally managed to terminate an employee (we'll call him "Joe") who has been a thorn in your side for many reasons, no one of which is bad enough in itself for termination: mediocre attendance, lackluster performance, annoying personality, and the last straw was suspected misconduct (let's say embezzlement). In telling Joe the reason for the termination, you're afraid to get into that suspected embezzlement issue, and the lackluster performance and "personality" are a little squishy, too. So you tell him that he's being terminated for attendance, and that's what you tell the folks at your unemployment agency . . . in writing and under penalty of perjury, of course.

Joe then files an EEOC charge, saying that you must have discriminated against him because he didn't have enough attendance points under your policy to warrant termination. You tell the EEOC, "Yeah, but he also had lackluster performance, an annoying personality, and we had reason to believe he was ripping off the company!" The EEOC says, "Oh, really? Then why didn't you tell Joe or the unemployment commission about those other grounds?" and next thing you know you're sitting in a conciliation meeting deciding whether it's worth $300,000 and 18 months of reporting to get Joe the Thorn out of your side once and for all.

It is legal to terminate an employee for being "substandard" in multiple areas, and it's legal to terminate based on reasonable suspicion of misconduct. So, if that's really the reason you're getting rid of Joe, tell him that, and tell the unemployment people that, too.

Deliberately mischaracterizing the issue. This is one that, I'm sorry to say, our President has used, but he's not the only one. An employee complains to you about a legitimate, substantive issue that -- for whatever reason, you aren't able to fix. Rather than getting bogged down in a discussion about something you can't change anyway, you "admit" to a "communication problem." Sometimes communication is a problem, but if it's not and the employee has a substantive grievance, it's much better to acknowledge that,  provide a brief explanation as to why it can't be resolved, and offer to do what you can.

The "non-apology" apology. The Subversive Copy Editor has a satirical list of "non-apologies" that is as funny as it is sad (because so true). My personal favorite is, "Ah, I see now. Thanks for explaining. No worries!"

When you've done wrong, failure to admit it is an honesty issue. "Mistakes were made" isn't really a lie, but it's not as honest as it could be. "I was wrong, and I'm sorry," sounds so much better, doesn't it?

Why should an employer care about this? Because plaintiffs' lawyers, the Equal Employment Opportunity Commission, and any agency or court will tell you that many of the charges and lawsuits filed against employers have no legal merit but were filed because the employee, with some justification, believed that he or she had been "done wrong" by the employer. Even though the employers eventually win these cases, they have to go through the expense and hassle of retaining counsel, drafting and submitting position statements, attending mediations, and defending themselves in court.

If you don't believe that a sincere and honest apology will help, think about the way you feel when a stranger shoves you on the street. If the stranger says, "Get outta the way, buddy," or says nothing, you'll probably be stewing for at least 15 minutes until you get distracted by something else. But if the stranger smiles apologetically and says, "Excuse me," you will be over it immediately. That's the way it works in employment litigation, too. Erich Segal was wrong: Love means having to say you're sorry . . . a LOT.

Of course, the apology should be sincere to be effective. If you are really sorry, your actions will support your words. If you're not sorry, then don't apologize because your insincerity will show. Also, the classic non-apologies "I'm sorry YOU were offended" or "I'm sorry IF I was rude" aren't recommended. Instead, you might be better off trying to explain what you did and why you believe it was the right thing to do.

Not even the white lie is safe. "No, honey, you don't look fat in that dress." "Do you really have to leave so soon?" "I'm doing just super, how are you?" We tell little lies like this all the time, and usually with the good intention of trying to avoid hurting someone's feelings. (Or, in the case of "I'm doing just super," to avoid boring them to death with our problems, which we know they don't really want to hear about.)

Similarly, it is notoriously hard for an employer to tell an employee that he's not doing a good job, and is one more screw-up away from being fired. Of course, having never been properly warned, the employee then commits the final screw-up and gets fired, and didn't even see it coming because the employer was so afraid of hurting the employee's feelings. (As if getting fired without due warning doesn't itself hurt one's feelings!) Not only is this unfair to the employee, but it's also throwing the door wide open to an allegation that the employee was actually terminated for an illegal reason.

Here are some examples of gross understatements commonly seen on performance evaluations:

"Mary is improving in her interpersonal relations." TRANSLATION: "Mary now cusses out her supervisor only once a week, whereas she used to do it twice a week."

"Generating new business continues to be a development need for Clyde." TRANSLATION: "Clyde hasn't generated a new customer in two years. If he doesn't find one by close of business Friday, he's fired."

"Linda has had challenges in adapting to technology." TRANSLATION: "Linda is still carving her memos into stone tablets."

Have you heard these before? The problem is, when it comes time to terminate Mary, or Clyde, or Linda, you have a problem because you have not clearly let them know that their performance is unacceptable. That's bad enough, but if you wind up in court, you will also have trouble convincing a judge or jury that this person was really that bad. If Mary was cussing out her boss on a regular basis, why didn't you say so? The fact that you didn't (even if it was because you wanted to "encourage" Mary to improve) is going to be used as evidence that you manufactured a reason to get rid of her and that the real reason was illegal.

Similarly, and for the same reason, don't ever say you're terminating an employee because of a "RIF" or "job elimination" when you're really not.

Admittedly, you are not going to be able to disclose everything going on at your company, and there may be times when tact is required. Here are a few suggestions for dealing with those situations honestly:

*If you're not at liberty to talk about something (such as an imminent reduction in force), say that. If that's giving too much away, you may be able to admit that the company is trying to do the best it can in the economy and leave it at that.

*If you want to pull your punches on the reason for a termination so that the employee can collect unemployment, don't lie or provide an incomplete explanation to the unemployment agency. Rather, give a truthfully vague explanation that encompasses all of the real reasons. In the case of Joe, above, you might say, "Overall loss of confidence," or "Employer dissatisfaction in multiple areas of accountability."  These reasons will allow him to collect unemployment but don't conflict with the specific reasons for Joe's termination. You should also be sure that Joe himself knows exactly why you are terminating him and knows you are purposely going to be vague so that he can get his benefits.

*If you want to say that an employee's job was "eliminated" to allow her to save face and collect unemployment, make sure you and the employee agree to that in writing. If you allowed her to "resign," be sure that she understands you'll have to tell the unemployment agency that it was a forced resignation so that she will be eligible for benefits.

*If you really think it's best to be as upbeat and positive as possible in performance evaluations, be sure you are addressing any problems somewhere else -- for example, by providing progressive written warnings.

"Honesty is the first chapter in the book of wisdom." Thomas Jefferson