Is paid family leave in employers' future?
3.16.17
Posted in Benefits

Employers get ready. Paid family leave is coming. The latest move comes from Missouri Governor Eric Greitens (R), who granted paid parental leave to all state executive branch employees by executive order on March 13, 2017. Effective immediately, executive branch employees are entitled to paid leave for the birth or adoption of a child. Notably, since his inauguration in January, Gov. Greitens and Missouri’s legislature have focused on improving Missouri’s business climate, including making Missouri a “Right to Work” state and proposed legislation, expected to be enacted, that would amend the Missouri Human Rights Act to bring it in line with federal standards.

It is telling, therefore, that Gov. Greitens considers paid leave in line with these priorities—the executive order even states that paid leave will help state government to better recruit the best and brightest employees.

Nationally, 72 percent of Americans favor paid family leave. President Trump campaigned on giving six weeks of paid maternity leave to working moms who gave birth. During his recent Congressional speech, the President may have expanded on his campaign proposal by speaking in terms of paid family leave, which would presumably be available to fathers as well as mothers. His paid-leave plan is still being crafted.

Meanwhile, congressional Democrats have proposed the Family and Medical Insurance Leave Act, which would establish a “comprehensive national program that helps meet the needs of new mothers and fathers and people with serious personal or family health issues through a shared fund that makes paid leave affordable for employers of all sizes.” 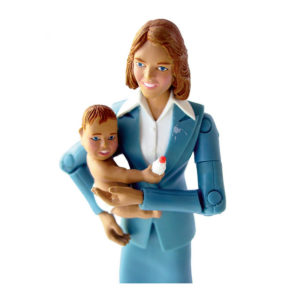 Currently, according to the National Conference of State Legislatures, three states -- California, New Jersey, and Rhode Island -- provide paid family leave to public and private employees. New York will join them on January 1, 2018. But these paid family leaves do not apply to all employers. Instead, employers must have a threshold number of employees before the paid leave law applies to them. Additionally, California, New Jersey, and New York cap the monetary benefit at 50 percent to 66 2/3 percent of the salary of the eligible employee, while Rhode Island’s benefit maxes out at $752 per week based on earnings. 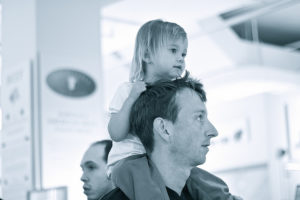 Missouri’s new paid parental leave is limited to employees of the state executive branch and provides 100 percent of an employee’s salary while on leave for the birth or adoption of a child. The executive order makes a distinction between “primary caregiver” parents, who are entitled to 6 weeks of paid leave, and “secondary caregiver” parents, who are entitled to 3 weeks. But neither “primary caregiver” nor “secondary caregiver” are defined in the executive order. Private employers who are designing their own paid-leave policies should use caution in creating such leave distinctions because they could have discriminatory ramifications. Moreover, designating one parent as the "primary" caregiver and the other parent as "secondary" seems antiquated given that in 60 percent of two-parent households both parents work outside the home and share in the caregiving responsibilities.

Ultimately, although it’s unclear whether paid family leave in the United States will occur piecemeal, on a municipal or state-by-state basis, or all at once by federal law, one thing is clear—paid family leave is coming.