Is your Missouri non-compete enforceable?

With employee mobility and desire for flexible work arrangements continually increasing, some employers are turning to non-compete agreements to limit the disruption to their workforces. But as some employers have been using non-competes with low-wage, unskilled workers, criticism has followed—including a recent White House call for states to ban non-compete agreements for low-wage and other workers who are not privy to trade secrets or other protectable interests.

It is unlikely that Obama Administration's campaign against certain non-competes will continue into the Trump Administration. However, courts in Missouri have been whittling away at the enforceability of certain employment agreements (namely, arbitration agreements) for nearly a decade. Most recently, a federal judge in Missouri held in Durrell v. Tech Electronics that at-will employment is not valid consideration to support a non-compete agreement—meaning that an employer must provide something valuable to the employee beyond an initial offer of at-will employment or a promise of continued at-will employment. 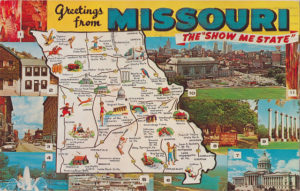 The good news for employers is that the additional value does not have to be monetary. Missouri courts still recognize that giving employees access to protectable trade secrets, certain customer relationships, or other proprietary or confidential business information supplies valuable consideration for the non-compete. The access can be initial access or continued access to the protectable information.

Employers with operations in Missouri should examine their non-compete agreements to ensure that valuable access is specifically identified as the consideration for the agreement—and take care to identify the value created from the access given. References to at-will employment or continued employment as "consideration" for the agreements should be deemphasized or eliminated. Further, while continued access can constitute consideration, employers should be mindful that their arguments about the value of the information to which they allow access are stronger if employers require employees to sign the non-competes before granting access. Employers who rely on at-will employment or otherwise struggle with identifying value in exchange for the noncompete should be wary that their agreements may not withstand scrutiny in Missouri courts.