By Robin Shea on 9.14.13
Posted in Discrimination, Social media, Wage-Hour

It has been a busy week. Muslim headscarves, tech exec's tweets get him fired, and Lady Gaga is going to trial!

Abercrombie gets fitched, and HR doesn't always get it right. I have previously reported on the litigation against Abercrombie & Fitch and its "looks policy" which at one time did not allow head coverings, even if worn for religious reasons. (Abercrombie changed its policy in 2010, but these cases were apparently from before the new policy was put into place.) A federal judge in California ruled this week that a religious accommodation lawsuit filed by the EEOC could go to trial.

Here's what happened, and this appears to be pretty much undisputed. The store manager hired Umme-Hani Kahn, a Muslim woman who wore a hijab, and told her it was fine to wear it to work as long as it was in the store colors. After Ms. Kahn had been on the job about six weeks with no problems, the district manager visited the store, saw her in the hijab, and called HR. 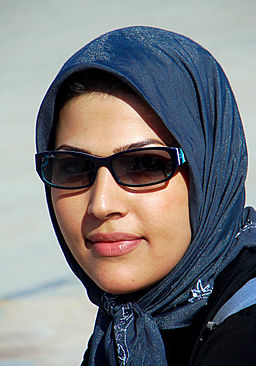 Not one of the cool kids, apparently. UPDATE (11/7/13): Abercrombie will now start selling larger sizes.

Now, my typical advice to managers who have personnel issues is, "Call HR right away and let them worry about how to handle it - then you can get back to business." This is a one-in-a-million case in which that would have been bad advice because the store manager had handled it correctly, and the DM and HR manager messed it up. They got Ms. Kahn on the phone and asked her whether she had to wear the hijab to work. She said, Yes I do because of my religion. They said, essentially, We'll get back to you.

Then they called her again later, but before the second call began the HR manager already had the termination paperwork ready. They asked Ms. Kahn one more time whether she could ditch the hijab before coming to work. She said no, because of my religion. They fired her.

We don't know what happened next (although we can speculate -- especially since the company was defending other "hijab accommodation" lawsuits. "You did WHAT? What were you smoking? Give that woman her job back, STAT!"). All we know for sure is that within two weeks, Abercrombie made an unconditional offer of reemployment to Ms. Kahn.

Unfortunately for the company, Ms. Kahn said no thanks, and she and the EEOC sued Abercrombie for failure to accommodate Ms. Kahn's religious beliefs.

Everybody makes mistakes, and I feel a little sorry for Abercrombie because it looks like they really did try to make things right, and quickly. But the court is going to allow the case to go to trial, and is even letting the plaintiffs go for punitive damages under Title VII and exemplary damages under the California Fair Employment and Housing Act.

Loose tweets sink fleets. And did you hear about Pax Dickinson, who until the other day was Chief Technology Officer for Business Insider? For years, he'd been an "edgy" tweeter, and a lot of people apparently found him entertaining, even though he used the "N" word and was pretty hard on women, the poor, and even Jesus. 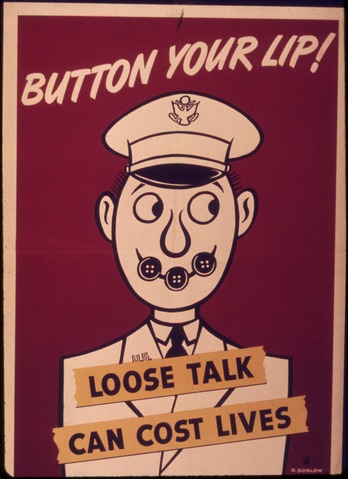 "Edgy" is not a defense.

But being "edgy" can be dangerous, especially when you hold a high-level position and your comments could be used against your employer. You know, by the kind of people who might be applying for jobs with Business Insider and who might have to be screened by the CTO.

Anyway, even though his tweets were generally known, Valleywag called attention to them this week, and within 24 hours Mr. Dickinson had "left to pursue other opportunities and we wish him the best in his future endeavors."

*The First Amendment does not protect you from most of the consequences of your offensive speech. All the First Amendment does is protect you from being thrown into jail or fined by the government for what you say. It does not protect you from the natural consequences of your speech, such as public embarrassment, social disapproval, breakng your mother's heart, discrimination lawsuits, or termination from employment (unless, maybe, if you work for the government). There is an excellent discussion of this difference at the Popehat* blog, although the post contains content that some may find offensive.

*According to their blog, this name is an inside joke that has nothing to do with the Pope, the Catholic Church, or religion.

*Even your "personal" use of social media can come back to bite you. The comments that cost Mr. Dickinson his job were made through his personal Twitter account. Tough darts, and here's an example of why.

One of Mr. Dickinson's tweets said that good female techies were as rare as unicorns. 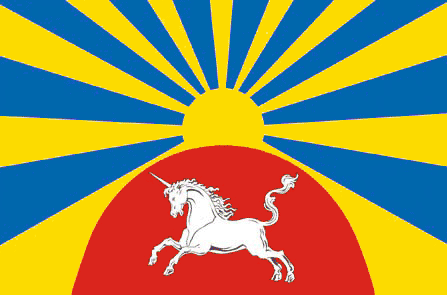 The fantastical and elusive female techie.

Let's assume a nice, qualified female techie applied for a job a BI and got turned down after her interview with Mr. Dickinson. How hard do you think it would be for her or her lawyer to find Mr. Dickinson's "unicorn" tweet? And since Mr. Dickinson was a bigshot at BI, you can be sure that his inappropriate tweets would have been offered as proof that BI discriminated against women.

So, be judicious even when using your personal social media accounts. Don't think privacy settings will protect you. Pretend that your mom reads all of your tweets and is your Facebook "friend," even if she doesn't and is not. Don't say anything on social media that you wouldn't want to see on TMZ.

And, anyway, why do you have to share every thought that pops into your head with the rest of the world?

Lady Gaga has to go-go to trial on 24/7 overtime claim. I reported on this a few months ago. Pop diva Lady Gaga (real name Stefani Germanotta) will have to go to trial in an overtime lawsuit filed by her former personal assistant, Jennifer O'Neill (no relation to the Summer of '42 Jennifer O'Neill). Ms. O'Neill alleges that she had to be available every minute of every day, and even had to sleep in the same bed with Ms. Gaga. That was so that Ms. Gaga could wake her up and get her to do chores in the middle of the night. It didn't sound as if Ms. Gaga seriously disputed that she was demanding and that Ms. O'Neill had to work very long hours. 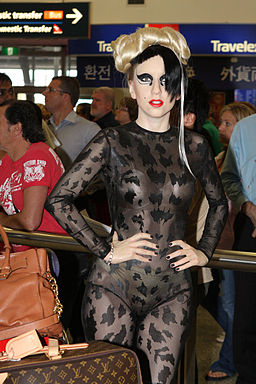 But Ms. Gaga filed a motion for summary judgment on three grounds:

*Ms. O'Neill's claims under the New York Labor Law didn't apply to work that was not done in the state of New York. The court agreed with Lady Gaga on this one and granted summary judgment.

*Ms. O'Neill's "on-call" time was not compensable. Summary judgment denied -- Ms. Gaga has to go to trial on this one. The court said that a jury would have to decide whether Ms. O'Neill's on-call time was really her own (in which case she would not be entitled to pay) or whether her freedom was so restricted that she was really being "engaged to wait" on Ms. Gaga (in which case her time was compensable).

*Ms. O'Neill's overtime -- if it is owed at all -- should be computed as 50 percent of her per-hour base pay ($75,000 a year for most of the time relevant to the lawsuit) instead of 150 percent. Summary judgment denied, at least for now. This is a complicated issue having to do with the "fluctuating work week" -- probably worthy of its own blog post, but I will attempt to grossly oversimplify summarize it here.

Generally, calculation of Ms. O'Neill's overtime would work as follows:

If the "fluctuating workweek" method applies, see how much better for Lady Gaga!

$4.30 times 128 overtime hours = $550.40 for the week (since Ms. O'Neill was already paid her regular rate for all hours worked in the week, all she is owed is the overtime premium)

Wow! What employer wouldn't use the fluctuating workweek? But there are some catches, of course. First, it has to be clearly understood by both parties that the weekly salary will compensate the individual for all hours worked in the workweek, no matter how few or how many. Ideally, this is done when employment begins, not after the employer gets sued. Second, the employer still has to add the 50 percent overtime rate for any hours worked in excess of 40 for the workweek. Third, as already alluded, many courts (though by no means all) say the method does not apply "retroactively," as when the employer has misclassified a nonexempt employee as "exempt."

In the Lady Gaga case, the judge said that he was not inclined to apply the fluctuating workweek method retroactively -- although he didn't rule it out -- and he said that a jury would have to decide whether Ms. O'Neill had a "fluctuating" schedule or actually had to work 24/7 all the time. So he denied Ms. Gaga's motion for summary judgment "without prejudice."

The case will go to trial November 4 in Manhattan. Bring your popcorn!