It seems like such an insignificant little case, but it's really a can of exploding snakes.

An Illinois woman who was terminated after she was caught working during her lunch period has won her claim for unemployment. (The employer said that she was not terminated for working but for her behavior after she was confronted about the unauthorized work.)

Your gut reaction was probably the same as mine -- they terminated this lady for working? What, are you 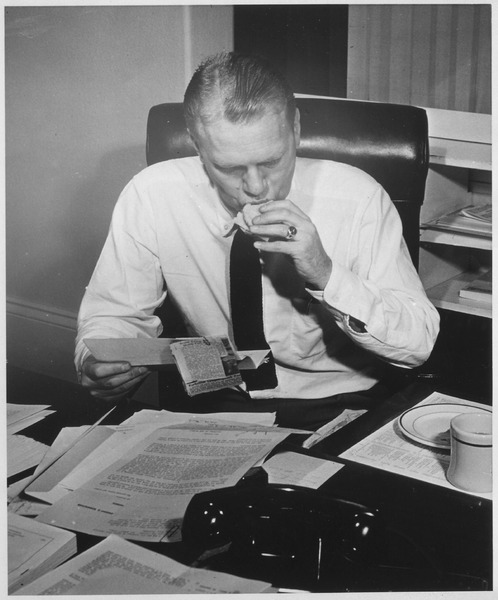 kidding me? What is wrong with this employer?

But after I came to my senses, I had a few more thoughts:

*The Land of Lincoln requires that employees who work 7 1/2 hours or more get a 20-minute unpaid meal break after their first five hours of work or earlier. So, presumably, this employer faced potential liability if it looked the other way when employees skipped their meal breaks to work.

*The Fair Labor Standards Act requires that non-exempt employees be compensated whenever they are required or "suffered" to work. "Suffered," for those of you who don't read the King James Version of the Holy Bible, or Stephen King, means "allowed." Therefore, if an employee chronically skips unpaid breaks of 20 minutes or more, the employer could be liable for back pay and (potentially) overtime.

*According to the employer in this case, the employee had been warned several times in the past about working during her breaks.

In other words, this case raises a nice thorny set of issues about "off-clock work."

The problem. It helps to recall that the FLSA was enacted in the 1930's, when the work force consisted of men (as in, "males") going to heavy, dirty factories, doing heavy, dirty labor, punching out at the end of the day, and going home to simple-but-delicious dinners cooked by their loving wives, and surrounded by their obedient children, and listening to FDR's Fireside Chat on the Wurlitzer. (Yeah, I'm sure it was exactly like that, but you get my point.) Or, for a 1960's version, think Fred Flintstone and "the fights" on TV.

As a result, the FLSA still works pretty well in what manufacturing we have left in this country but less so in the Buck Rogers world of the salaried non-exempt employee, who is equally likely to be female and who may place more value on a flexible schedule and be more inclined to "work straight through" so she can leave early and get little Addison and Liam picked up before the day care center closes. (PS - Sometimes guys like flexibility, too.) Not to mention that we now have these devices called "cell phones" and "home computers," which greatly heighten the risk that some "off-clock work" will be performed on any given day. And not to mention that the supervisors of these employees are FLSA-exempt and can work whenever they feel like it with no problem . . . which makes them more inclined to think nothing of their direct reports' doing likewise. 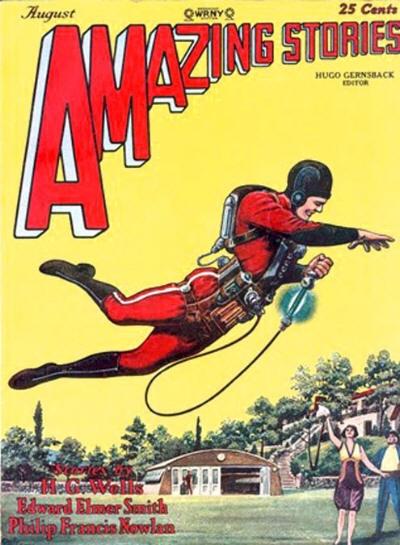 My own opinion is that salaried, non-exempt employees should be able to make their own schedules and be flexible if the job allows it. But nobody consulted me when they enacted the FLSA. (I'm sure they wanted to, but my parents were only preschoolers at the time and hadn't met yet.) So, according to the "Stone Age" law, employers are faced with two unattractive alternatives: (1) keep employees happy by letting them do their thing as long as the work gets done, but risk liability for off-clock work; or (2) obey the law by requiring employees to stick to their required shifts and take all required breaks on schedule, no ifs, ands, or buts, which will make the employees very unhappy, not to mention insulted because they identify with the Buck Rogers world, not the Flintstone world.

I suspect that our Illinois employer chose option 2 because it understandably wanted to stay out of legal trouble. And it's very difficult for an employer to win an unemployment case anyway, especially in Illinois. (Scroll down to "Disqualifications" and "Definitions.") This employer will still probably be in great shape to defend a wage and hour lawsuit.

The solution? I'm not only a lawyer, but I'm also an employer, so "I've looked at life from both sides now." Here are my suggestions for minimizing your exposure for off-clock work while keeping your non-exempt employees relatively satisfied with their jobs:

*Set a "regular" work schedule that fits the needs of your non-exempt employee. Even though you may need to make adjustments as her needs require, get as close as you can with her "regular" schedule. For example, if she has to leave at 3 p.m. to get the kids from school, make the "regular shift" 7:30 a.m. to 3 p.m. if you can. This will not resolve all of your "off-clock" problems but will at least make it likelier that she will be able to put in a full day's work without wreaking havoc in her personal life.

*Tell your non-exempt employee that you do not expect him to work outside his normal hours even if you leave voice mail messages or send emails to him outside his normal hours. If you're like me, you think of all kinds of crazy things at 3 a.m. and want to send an email or leave a message right away because you know you'll have forgotten it by the time all the normal people are at work. Make sure your employees know that you are doing that for yourself and that there is no expectation that they act on your crazy-hour messages, or even read or listen to them, until their regular work day starts. Better yet, do your reminders to yourself in "Tasks" in Outlook or an app like Evernote so that your employee will not feel that you're pressuring him to work outside of his normal hours.

*Constantly REMIND your non-exempt employee that you do not expect him to work outside of his regular schedule even if you leave messages after his normal hours. Whenever you leave an outside-work-hours message, be sure to preface it with "When you come in tomorrow . . ." or "This can wait until you're back in the office, but . . ." so that he clearly understands you're not expecting him to take care of it right then and there.

*If you can't afford to pay overtime, let your non-exempt employee "make up" the extra work time by taking off early . . . in the same workweek. Unless you're a government employer, there is no such thing as "comp time." But the FLSA overtime requirements apply only to hours worked in a single workweek. So if you need for your non-exempt employee to work late on Monday, give her Friday afternoon off. She'll probably love it, and if the afternoon off gets her hours for the week to 40 or less, you won't owe any overtime. (This is what they call a "win-win.") To repeat: the "make-up" time off must be taken in the same workweek. If it can't be made up in the same workweek, you will owe the overtime pay.

NOTE TO CALIFORNIA EMPLOYERS: In California, overtime is calculated on a daily basis, so this won't work for you.

OK, OK, but what do you do if your employee continues to disobey your instructions to avoid off-clock work?

*Do treat it as a disciplinary issue. First, make sure your expectations have been clearly communicated and that you are not "winking" at off-clock work. Realize that most employees want to do a good job and please their bosses, so make sure you aren't giving off vibes that make your employees think off-clock work is expected, no matter what you may say.

If you have not communicated your expectations clearly before, do so now. If you used to "suffer" off-clock work and have decided to turn over a new leaf, make sure your employees know that the rules have changed and that you sincerely mean it. Once you are comfortable that they know (and believe) the expectations, start with an oral counseling the first time you catch them working off the clock. If it happens again, up it to a written warning. Continue with the progressive steps, and if you have to eventually terminate, then terminate. Even if you don't win your unemployment case, that's not the end of the world. Much better to lose the unemployment "battle," but prevent or win a collective or class action "war" under the FLSA or state wage-hour law.

*Do. Not. Dock. There may be some very limited instances in which you can dock (but don't ever try it without the advice of qualified counsel), but in 99.9999 percent of the cases, you should not dock an employee's pay when the employee worked without authorization.

One final word of caution: Pay attention to your surroundings. You may see employees looking like former President Ford in the black-and-white photo above, or coming in early, or leaving late. If you see those goings-on and don't do anything, chances are you will be found to have "suffered" your employees to work.

Bonus word of caution: In case the preceding post has not made this clear, "salaried" does not equal "exempt." (Scroll down to Number 3.)