No Grammy for Lady Gaga's deposition performance in overtime lawsuit

Lady Gaga has been sued for unpaid overtime by her former personal assistant, Jennifer O'Neill. (No relation to the beautiful star of Summer of '42.) Ms.

O'Neill, who has claims under the federal Fair Labor Standards Act and New York state wage and hour law, says that she was at Ms. Gaga's beck and call 24/7 for about 15 months but was paid for only 40 hours a week. (She was paid an annual salary of $75,000.)

According to Ms. O'Neill, Lady Gaga owes her overtime at the rate of 128 hours for every week she was employed (24 x 7 = 168, minus 40 = 128) because she never got a break. Literally. She did not. Ever. If you believe her, anyway. The claimed back overtime is about $400,000, and she also claims she is entitled to other monetary damages.

The lawsuit has been pending since late 2011, and Ms. Gaga's lawyers have filed a motion for partial summary judgment by now, but the lawsuit has become news again because the New York Post just got hold of Ms. Gaga's deposition transcript. (Hat tip to the ABA Journal for the link.)

Now, I happen to be an expert on the subject of personal assistants to the stars because I have seen The Devil Wears Prada, both on an airplane once and on TV a few times. So I know that the life is all-consuming, grueling, and unglamorous in many ways.

The source of all of my expertise on personal assistants and wage-hour law.

And I have to say that I feel kind of sorry for Ms. Gaga. First, Ms. O'Neill was apparently her best friend at one time, and this whole lawsuit appears to be the result of a falling out that occurred when Ms. O'Neill was fired. According to Lady Gaga,  Ms. O'Neill was lazy and forced Ms. Gaga to find her own toothbrush among her 20 suitcases, and Ms. O'Neill refused to give up her bed in Ms. Gaga's private jet to Ms. Gaga's family members. (I know, I know, but that was the job!) Second, you've gotta admit that $75K is a very decent salary for a job that supposedly did not require any "independent judgment or discretion" and that gave the employee access to the lifestyles of the uber-rich and famous, not to mention one heck of a plum to include on her resume. Third, Ms. Gaga probably thought she was treating Ms. O'Neill very generously from a wage and hour standpoint -- assuming wage and hour compliance ever occurred to Ms. Gaga at all before she got sued, which, come to think of it, I am sure it did not.

As Ms. Gaga put it, Ms. O'Neill "slept in Egyptian cotton sheets every night, in five-star hotels, on private planes, eating caviar, partying with Terry Richardson all night, wearing my clothes, asking YSL to send her free shoes without my permission, using my YSL discount without my permission."

You know, the kind of job a 22-year-old fresh out of school with a double major in communications and marketing would kill for. (Ms. O'Neill is in her 40s.)

But, of course, none of that is the point. The wage-and-hour laws are amazingly unconcerned about an employer's intentions, or even other goodies that the employee got for her work. If your employee is non-exempt and worked overtime that you didn't pay, you are pretty much liable for it, and that is that.

In this case, Ms. Gaga may have indirectly conceded that the personal assistant position did not require the exercise of independent judgment and discretion, which means that that the position probably was non-exempt. It also did not appear that there was much dispute that Ms. O'Neill was required to be on call 24 hours a day, 7 days a week.

So, as far as the facts of the case are concerned, it seems that the real fight will be over the nature of the on-call time: was that time essentially Ms. O'Neill's "own," or was it not? If the time was Ms. O'Neill's to use as she pleased (with periodic interruptions), then Ms. Gaga may not have to pay for it unless Ms. O'Neill was actually working. On the other hand, if Ms. O'Neill's "on-call" time required her to stay tethered to Ms. Gaga with no ability to do her own thing (which is what Ms. O'Neill claims), then Ms. Gaga may owe her for the time. Twenty-four hours a day, seven days a week, for about 15 months (minus 40 hours a week already paid). Ugh.

Note to legal nerds: There are other legal arguments that Ms. Gaga's attorneys have made that could dramatically reduce the amounts of any overtime found to be owed. If you're interested, you can read about those defenses in the pleadings I've linked below. (Now back to the fun.)

And, oh, that deposition!

According to the New York Post, Ms. Gaga made liberal (profligate?) use of the "F-word," said, "This whole case is bullsh*t, and you know it," called Ms. O'Neill "a disgusting human being" who was "majorly unqualified" for the job anyway. All on the record, of course. But the part that really would have made me cringe if I'd been her attorney in an overtime case were these gems:

"This job is a 9-to-5 job that is spaced out throughout the day."

"You don't get a schedule that is like you can punch in and play fu**ing Tetris at your desk for four hours and then you punch out at the end of the day." 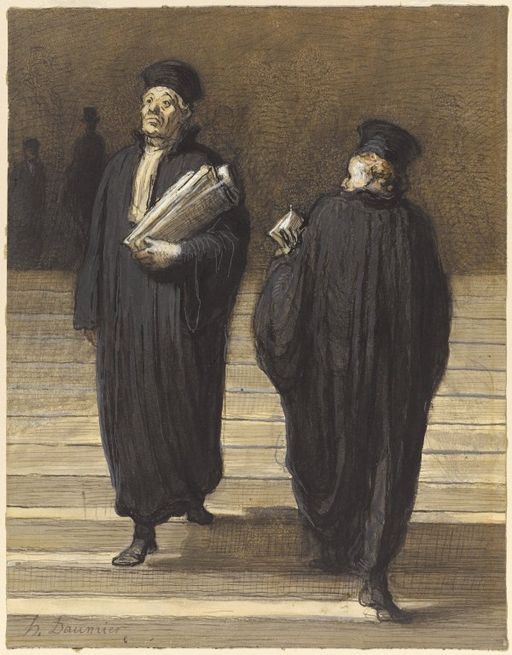 "I can't believe she said that," the stunned attorney kept repeating to himself as he left the deposition.

Ms. Gaga concluded that she would rather pay her current assistants the money that Ms. O'Neill was demanding: "I'm not going to give it to her so she can go to Intermix and buy herself a new tube top." Too funny!

In other news, Oprah Winfrey's network is being sued for pregnancy discrimination. More on that as it develops.

Here are the links to some select court documents in the Lady Gaga case, which is pending in the U.S. District Court for the Southern District of New York. Ms. Gaga is being sued under her real name, Stefani Germanotta: