NOTE TO READERS (7/18/15): Due to a technical issue with the comments, replies that I tried to make to a number of commenters did not "post." I apologize. I think we have everything fixed now, and I've gone back in this morning and replied to just about everybody unless the comment did not seek a response or I couldn't understand the comment. My responses are under the name "InsiderBlog" or "Robin Shea." Thanks very much for your patience, and please keep the comments coming!

DISCLAIMER: I am a defense lawyer. That means that, in any kind of workplace legal dispute, I am on the employer's side, not the employee's side. Always. Even though many of my best friends are employees and plaintiffs' lawyers. The following is not legal advice.

So, you don't have to believe what I'm about to say. But I make this post in good faith, based on my experience and observations in many years of employment litigation.

Are you still here? Cool! Here we go.

1. Even if you got the shaft at work, it is unlikely that you were treated illegally. The law does not require employers to treat their employees like "family," or to be nice, or even to be particularly fair. In fact, employers can usually be downright jerks as long as they are equally jerky to everybody. They can be arbitrary and play favorites as long as they're not making distinctions based on "protected" categories, like race or sex. 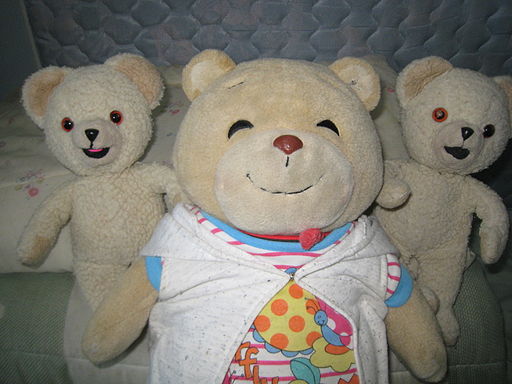 There is no legal right to a warm and fuzzy workplace.

If you read this blog very often, you know that I am a strong advocate of treating employees respectfully, fairly, and with dignity. So is everybody in Human Resources who's worth a darn. But we feel that way because it's the right thing to do, not because it's the law.

The American legal system would collapse in a heap if people could sue every time their feelings were hurt. Our system is designed to prevent only the worst kinds of behavior -- you know, like murder, armed robbery, and driving 70 in a 55. It's supposed to keep us from being at each others' throats. That's it. Anything more is left to our respective senses of common decency. (Scary, I know!)

2. Litigation is long, drawn-out, stressful, and painful. The only people who really enjoy litigation are lawyers. No one else could possibly be that sick. And, here's a secret: not even lawyers are that crazy about litigation. Judges (who are usually lawyers) are always after the parties to try to settle, which would end the case before the judge has to hear it. Lawyers are usually the same way -- they are rarely averse to settlement, although they'll fight to the death if that's what the client wants. Why do you think most courts nowadays have mandatory mediation? If even lawyers don't necessarily like litigation, just think about how much you will hate it. 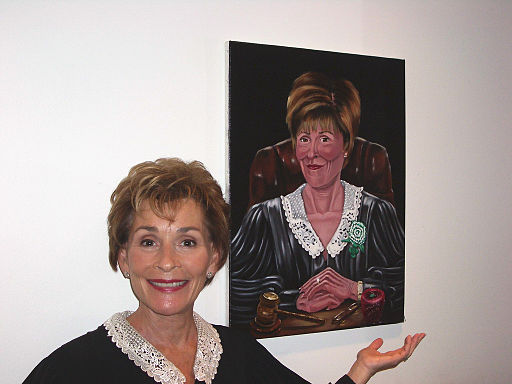 "Well," you retort, "if lawsuits are that bad, then my employer will pay any amount to get rid of it, right? So it's still worth it to sue."

Well, no. Or, at least, not necessarily. You see, your employer gets sued a lot. This is what they call a "cost of doing business" in the United States. It is true that your lawsuit will be stressful and disruptive for your company. But it will be a lot more stressful and disruptive for you, who are not used to the court system or dealing with lawyers, and you don't even know whether it's a trap when the employer's lawyer says hello to you and offers to shake hands.

The distraction and stress of a lawsuit may also make it more difficult for you to do well in your new job. And having to continually dwell on an unpleasant experience (as you'll have to do while your lawsuit lasts) is difficult and stressful.

3. You may find out that your co-workers are not on your side. You feel very strongly that your employer did you wrong. You find a lawyer willing to take your case. You sue, and start taking depositions of all of your co-workers, who were your BFFs when you worked there. Well. It turns out that your BFFs weren't such BFFs after all. They say, "I liked Maudie, but I felt that she was out of line, and in my opinion she was treated fairly." And then you have the co-worker who saw you when you were not at your best, and she testifies about all the things you said to her in confidence when you were having a rotten day. Which are embarrassing. And which do not help your case. On the record. In a verbatim transcript, for cryin' out loud.

What happened to these people?

Most plaintiffs' lawyers will tell you that the co-workers are afraid of retaliation by the company if they don't side with the company and diss you. I am sure that happens sometimes, but I don't think it explains the majority of these situations. What I see most of the time are two phenomena:

*Most people consider a lawsuit an "act of war." They probably were on your side when you all worked together and went out for mai tais and kvetched about what was going on at the office. But that was just gossip, harmless venting. Nobody thought you were really going to sue! And now, thanks to you, they're being dragged in front of lawyers and court reporters and judges and juries, and they're ticked off. And maybe what they said to you in confidence about the boss is coming out -- while the boss is sitting across the table with a stern-looking lawyer in a pinstripe suit. AWKWARD! No wonder they've turned on you. 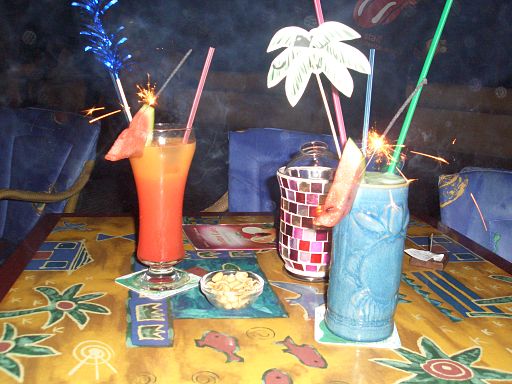 Just because they said it over these . . . 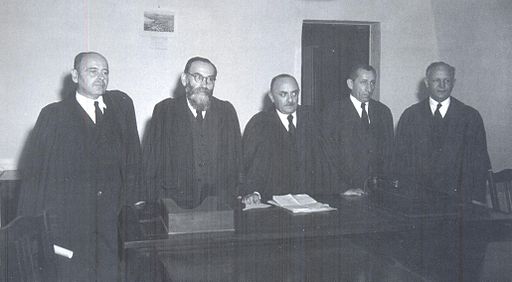 *Some employees really, sincerely do believe the company was in the right. Is the boss perfect? Of course not. But he's an overall decent guy who tries to be fair and treat employees right. And maybe you shouldn't have been so stubborn/absent from work/insubordinate/lazy yourself.

Recall No. 2, above. Finding out that your co-workers don't support you is one of the "painful" parts.

4. You may be opening up your own life to scrutiny. This is another "painful" part. In order to get more money, and because you really were very upset when you were fired, your lawyer includes a claim for emotional distress in your lawsuit. Next thing you know, the company has asked for your medical and psychiatric records dating back 10 years. And maybe you saw a shrink a few times and have been diagnosed as bipolar. Along with a few physical conditions that are not appropriate to mention in a family blog. Surely you don't have to share that information with the company's lawyers! Do you?

YOU ALMOST CERTAINLY DO. If you claim emotional distress (you don't have to, but you may not get as much money if you don't), most courts say you have put your own emotional condition at issue and the employer is entitled to find out how much of your (just as an example) bipolar disorder was caused by your termination and how much you had all along (in which case the company isn't responsible for it). 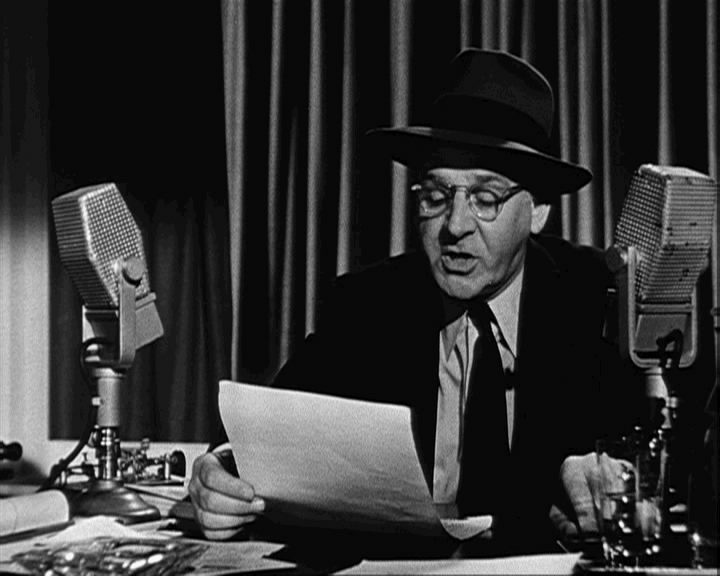 "Good evening, Mr. and Mrs. America and all the ships at sea -- Norman has seen a psychiatrist three times and says his wife doesn't understand him!"

Your employer may also be able to dig into your past employment record, including that time you got fired from a previous job after you tested positive for angel dust, your criminal background, your five previous marriages, and your history of filing lawsuits. Perhaps you have nothing to hide. But a lot of people (most?) have a few skeletons that they'd just as soon not have the rest of the world know about.

What you probably don't have to worry about

Now, note what I have not mentioned: (1) That your employer will fire you for filing the lawsuit (assuming you did it while still employed); or (2) that your employer will blacklist you, and you'll never work again if you sue. The reason that I did not mention these is that they very rarely happen. Retaliation -- either during employment or afterward -- for filing a lawsuit in good faith against an employer is usually illegal, and almost all employers know that. If it happens and you can prove it, you might have a pretty good case. But don't bet on being able to do that.

Of course, I'm not saying you should never file a lawsuit against an employer, but it should almost always be a last resort. It's better to try resolving your dispute through the company's grievance procedure or open-door policy, or by going to Human Resources. If you're terminated, you may be better off negotiating a nice separation package and shaking the dust from your feet. If all of those fail, and if you've taken a good, critical look at your own performance and behavior, and still feel strongly that you were mistreated, then by all means consult with a lawyer who represents employees in workplace disputes. But keep in mind these hidden costs of litigation that you'll face, no matter how strong your case may be.