Did you libel your employee in a panic and then find out you were wrong? Never be afraid to say you're sorry.

By Robin Shea on 6.15.12
Posted in Defamation, Social media

"Love means having to say you're sorry." Wait a minute. Is that a typo?

No. Erich Segal, I beg to differ. As anyone who has a life knows, love means having to say you're sorry a lot. And that goes for employers, too. The company apology is a fine thing, as long as it is sincere, not a "non-apology apology," and accompanied by what they call a "firm purpose of amendment."

If you don't apologize when you should, then you won't have an incriminating statement that can be used 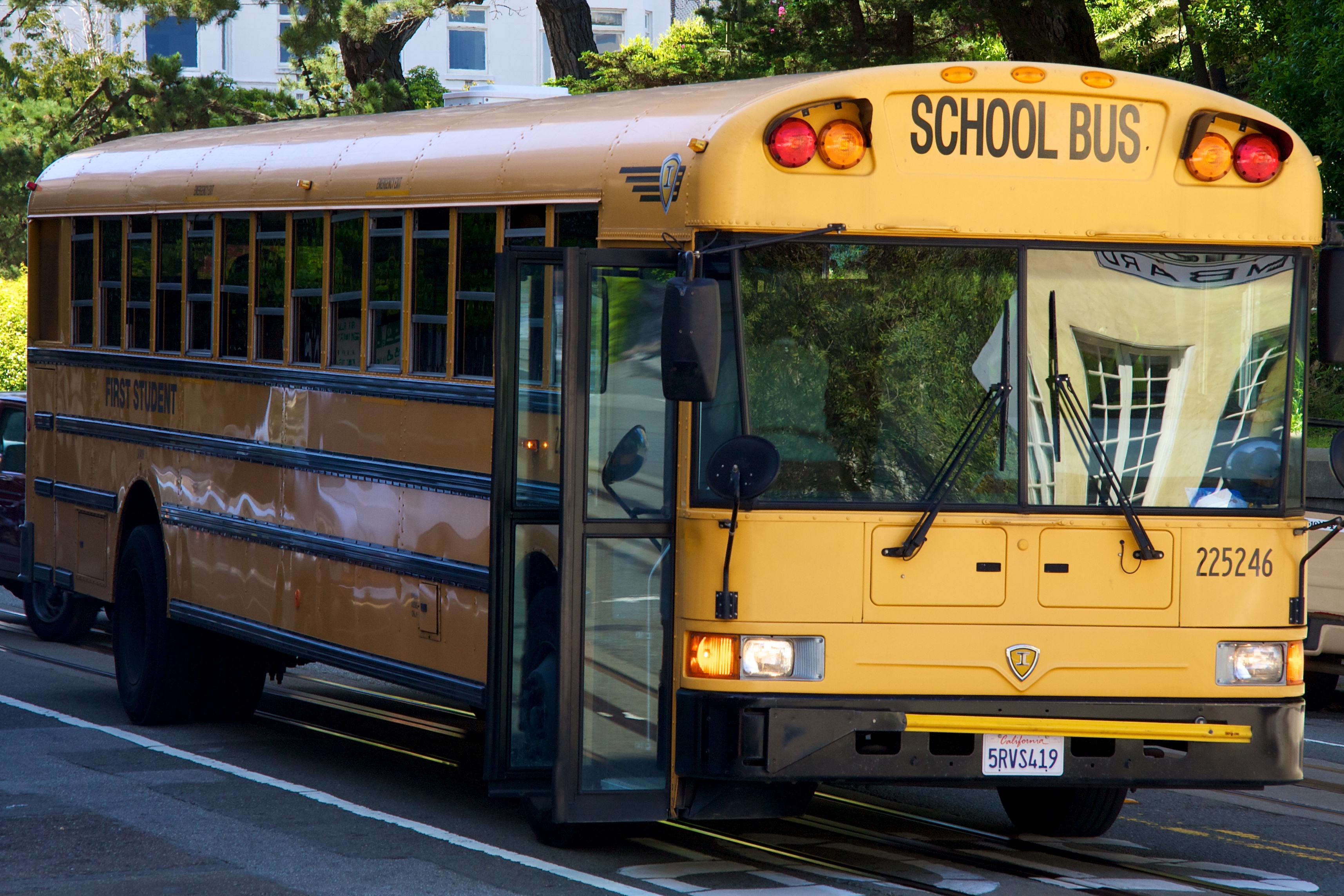 against you in a lawsuit.

But if you do apologize when you should, you may never get that lawsuit at all.

Don't take my word for this. A recent decision by the U.S. Court of Appeals for the Eighth Circuit* will be far more persuasive than I could ever be.

A retail chain expected its sales clerks to input customers' telephone numbers when processing refunds. Human nature being what it is, the clerks quickly learned that it was a lot easier to simply enter "555-5555" instead of the individuals' actual phone numbers, and so that's what they did.

A sales clerk who obviously had way too much time on his hands (we'll call him D. Duke) entered a racist epithet in the system that was one of the names associated with the default phone number. Mr. Duke, being a bad egg, was subsequently fired for other reasons, but his "calling card" lived on, undiscovered, in the bowels of the system.

One fine day our plaintiff (we'll call her Wealthie, because she's probably gonna be very soon) was waiting on an African-American customer who was making a return. Wealthie decided that the default number would be the quickest way to get the gentleman his refund promptly, so she entered "555-5555" in the register, selected the racist name without looking at it, printed out and signed the receipt without reading it, handed it to the gentleman, and no doubt smiled and wished him a nice rest of the day.

The gentleman read his receipt. BAM! Thinking that Wealthie was the perpetrator, he and his family raised Cain with the store. BAM! BAM! Poor Wealthie had no idea how that bad word got onto the gentleman's receipt, but since she was the clerk who waited on him, she was blamed and promptly dismissed from employment. BAM!BAM!BAM!BAM!BAM!

Q. Thus far, has the employer done anything illegal?

The story of the racist receipt went, if you'll pardon the cliché, viral on Facebook and everywhere else. The employer, faced with some major public relations problems, decided to issue a press release. The press release apologized profusely (good), said that the company was "sickened and saddened" about the incident (good), and said that the employee responsible was fired. Wealthie was not identified by name.

Well, I tell you what - those folks on Facebook are good for a lot more than taking courageous stands in favor of the painfully obvious, Yelping the patty melt they ate for lunch, and Bejeweled Blitzing. They actually figured out that Wealthie was the clerk who had waited on the gentleman, and then began posting on Facebook and all over the internet the name of the "racist." Wealthie became so afraid for her safety that she left her child to live with her dad and went into hiding.

Meanwhile, within two days of Wealthie's termination, the company's IT folks

figured out that the racist code had been put into the system by D. Duke and that poor Wealthie had been a mere victim of circumstance. At worst, she was guilty of having used the "lazy" default phone number instead of her customer's actual number. And maybe she should have been paying more attention to what she was doing, but who'd a thunk???

Now that the company knows the truth, guess the outcome!

After realizing that Wealthie was innocent, the company

a. Promptly issued another press release saying that the clerk who had waited on the gentleman turned out to be completely innocent and was not responsible for the epithet on the receipt, and that the real perpetrator had been fired long before but had apparently left this in the system as a "parting gift"; and personally apologized to Wealthie and offered to bring her back to work with back pay and no break in seniority; or

b. Issued a vague, wishy-washy follow-up press release that did not perzackly correct the record or clear Wealthie's name.

The correct answer, of course, is "b." So Wealthie sued the company for defamation. Although she lost at the lower court, the Eighth Circuit reversed, meaning that she will get a jury trial on that claim. And because her story is so awful, she is going to be a very sympathetic plaintiff.

Now, the company does have some defenses and will have the chance to prove them at trial. First, the original press release did not identify Wealthie by name. But the Eighth Circuit said it arguably did enough to identify her because everyone on the internet figured out who she was, and in pretty short order. Second, the original press release did not technically say that Wealthie was the perpetrator, or even a racist. But the Eighth Circuit said that both were arguably implicit in the press release, which was good enough to create a jury issue. The company also noted that truth is a defense to a defamation claim, and that everything in the press release was truthful. But the court said that IF Wealthie was easily identifiable and IF she was impliedly accused of being responsible for the racist receipt, then the press release was not "truthful." Since Wealthie was not, in fact, guilty.

Well, ok, the company said, but we issued that correction after we realized that she didn't do it. That doesn't necessarily help, the Court said, because the second release did not clearly indicate that the guilty employee was not Wealthie. In fact, the second release could be read as saying that Wealthie, rather than Mr. Duke, was the one who had made the entry in the system.

(The company raised some other defenses, which you can read about in the court's decision.)

Yuck. Understanding that the employer was flipping out over a public relations disaster and had to act promptly and decisively to avoid alienating most of its customers, what should it have done differently?

*The employer should not have rushed to judgment. Bad as this was, the employer should not have fired Wealthie right off the bat. Presumably, Wealthie insisted from the beginning that she had not been responsible for the epithet on the receipt. With Wealthie maintaining her innocence, the employer should have suspended her while it investigated how this all happened. Meanwhile, the employer could have immediately issued a press release apologizing profusely, saying it was "sickened and saddened," and assuring the public that it was conducting a thorough investigation of the incident. Within two days it would have known that she hadn't done it and could have issued a second press release telling the real story without impliedly libelling Wealthie.

*Even if the employer did rush to judgment in the beginning, it should have made amends with Wealthie once it knew it was wrong. Here's where my "Love means having to say you're sorry" comes in. OK, let's say the employer was freaking out and acted precipitously. Once it had all the facts, it should have done whatever it could to make Wealthie "whole." This means issuing a press release that explains that Wealthie was cleared in the investigation. It also means offering her job to her, and with back pay. And without asking for a release in exchange. (Remember -- there were only two days between Wealthie's termination and the company's discovery that Mr. Duke had done it, so we wouldn't be talking about a lot of money.) Even if the company did not apologize to Wealthie in the press release, someone from the company should have made a personal apology to her. Then, if they needed to crack down on employees' entering "555-5555" instead of customers' actual phone numbers and being more attentive to their duties, they could have dealt with that separately since other employees were doing it as well.

Of course, I'm just a blogger and not a real reporter, but maybe that second press release could've gone something like this:

. . . Upon further investigation, we determined that a different employee, who was terminated long ago, had rigged our system so that the epithet automatically printed out on receipts when a certain "default" phone number was entered. We were able to identify this former employee based on his unique password and the date and time that the entry was made.

The clerk who had waited on the customer day before yesterday was NOT this employee. She is NOT the employee who entered the epithet in the system, and she did NOT know that the system was rigged to generate the epithet. While processing this customer's return, she had merely entered the "default" phone number and unknowingly generated a receipt with the offensive epithet. She did not realize that the epithet was on the receipt when she gave the receipt to the customer.

We have reprogrammed the system so that the epithet is purged, and we are taking other corrective actions to ensure that this type of incident will not happen again. We sincerely apologize to our customers and the public and very much appreciate your continued business.

(To all the dads out there, I wish you a happy Father's Day!)