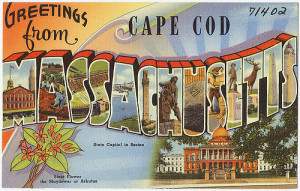 Some opponents of the House and Senate bills expressed concern that individuals would access segregated facilities for improper purposes. The law requires that the Attorney General’s office issue regulations or guidance regarding consequences for individuals who do so.  The Massachusetts Commission Against Discrimination is also required to issue rules and regulations, or other guidance.

In 2011, gender identity was added as a protected category to the Massachusetts anti-discrimination statute, which applies to employers with six or more employees, and the MCAD has taken the position that failing to permit an employee to use a restroom consistent with his or her gender identity could constitute unlawful discrimination. The MCAD Fact Sheet discussing gender identity is available here.

The EEOC has also published a Fact Sheet entitled "Bathroom Access Rights for Transgender Employees Under Title VII of the Civil Rights Act of 1964," explaining that Agency's position that employers covered by Title VII are required to permit transgender employees to use restroom facilities consistent with their gender identity. For an analysis of whether the EEOC’s guidance is persuasive enough to survive court scrutiny, see Jill Stricklin's recent article.*

We'll bring you updates regarding the new Massachusetts law affecting employers who are a “place of public accommodation” as they become available.