Medical marijuana and the workplace -- another lawsuit filed
11.13.14
Posted in Drug Testing

The state chapter of the American Civil Liberties Union filed suit alleging that Darlington Fabrics Corporation discriminated against a candidate for a paid intern position because the candidate, Christine Callaghan, disclosed that she used medical marijuana for her migraine headaches. 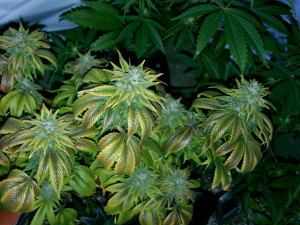 The suit alleges that Ms. Callaghan had all but a formal offer when she disclosed her marijuana use, and that she promised not to use marijuana at work and not to come to work under the influence. She contends that, after consulting with legal counsel, Darlington told her that she would not get the position because of her current use of marijuana.

Ms. Callaghan is not alleging violation of the Americans with Disabilities Act but the Rhode Island Hawkins and Slater Medical Marijuana Act, which prohibits employment discrimination based on the individual’s status as holder of a medical marijuana card. States with similar protections include Arizona, Connecticut, Delaware, Illinois, Maine, Minnesota, Nevada, and New York.

We will keep you informed as the issue of legal marijuana – both medical and recreational – continues to develop.