By Robin Shea on 2.24.15
Posted in Family and Medical Leave Act, Same-sex marriage

The U.S. Department of Labor announced today its Final Rule changing the definition of "spouse" in the Family and Medical Leave Act to include most same-sex married couples. I blogged about the proposed rule in June, and the Final Rule is the same for the most part.

The changes reflect (and expand upon) last year's Supreme Court decision in United States v. Windsor. That decision overruled Section 3 of the Defense of Marriage Act, which defined "marriage" for purposes of federal law as being 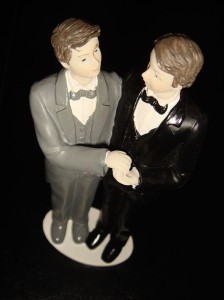 between one man and one woman.

Consistent with Section 3 of the DOMA, the DOL has traditionally defined "marriage" for FMLA purposes in this same way (that is, as male-female). With respect to opposite-sex spouses, the DOL determined whether a couple was validly married based on their state of residence rather than "place of celebration" (where the marriage was entered).

CHANGES IN THE NEW RULE

The changes to the FMLA regulations, which will take effect March 27, will essentially provide for uniform treatment of same-sex spouses by looking at the place of celebration instead of state of residence. In other words, if a same-sex couple was validly married, then they are "spouses" for FMLA purposes regardless of where they may live in the future.

("Place of celebration" will apply to opposite-sex spouses, too, but that change won't make a difference because other states have always recognized opposite-sex marriages that were validly entered in other states.)

The DOL argues that its changes will provide for more consistency, which will make things easier for same-sex couples and for employers who have multi-state operations. The DOL also noted that the U.S. Department of Defense  already follows a "place of celebration" rule for military spouses.

Same-sex couples who were married outside the United States will be considered "spouses" as long as the marriage (a) was valid where entered, and (b) would be considered valid in at least one U.S. state.

"Spousal" status under the FMLA means that an employee may take leave for the same-sex spouse's serious health condition, for spousal military "qualifying exigency" leave, or for spousal military caregiver leave. It also means that the employee can take leave for the serious health condition of the child of the same-sex spouse, even if the employee is not acting in loco parentis with respect to the child.

Of course, if the Supreme Court rules this term that a valid same-sex marriage must be recognized by the other states, then the changes to the FMLA rule will probably have been unnecessary.

RESOURCES ON THE NEW FMLA RULE