Twitter = How to get fired in 140 characters or less

By Robin Shea on 2.1.14
Posted in Defamation, Social media

As our firm's Marketing Department likes to say, "Think before you tweet." A staffer at MSNBC was fired yesterday because of a tweet that started a political firestorm. 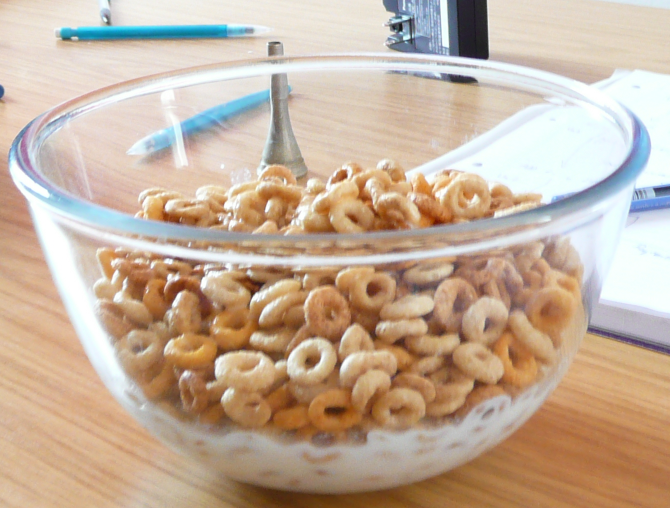 The story involves Cheerios, biracial families, the Republican National Committee and MSNBC. (Sounds like the start of a joke . . .)

Last May, there was a really cute Cheerios commercial involving a biracial family.

(I don't think I would have noticed the "biracial" part at all except for the fact that a lot of people made a big deal about it. Including, apparently, a lot of racists. YouTube had to shut down the comments section a day after the video was posted.)

Now, General Mills has created a "sequel" that will air during the Super Bowl. It features the same TV family and is really cute, too. Maybe even cuter than the original commercial.

Which was really cute.

Well, MSNBC is, as you know, a politically "blue" network, and some of its people seem to have difficulty with the idea that a conservative could approve of, much less be a member of, a multiracial family. 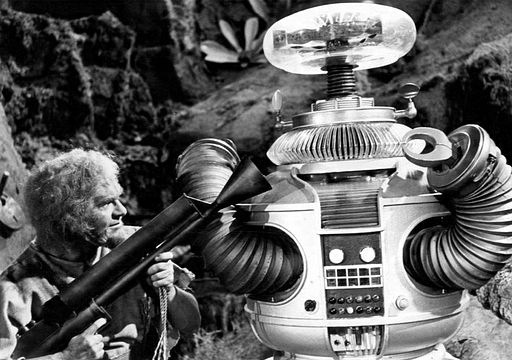 "That does not compute!"

Just a few weeks ago, Melissa Harris-Perry, a commentator on MSNBC who is herself from a multi-racial family, made fun of a really cute photo of Mitt Romney's extended family, which included about 1,000 adorable white people and one adorable African-American baby, Mitt's adopted grandson. The MSNBC segment was tacky and inappropriate, and Ms. Harris-Perry apologized on Twitter and then on TV. Here's the Romney family picture:

From our family to yours: Merry Christmas. cc: @AnnDRomney pic.twitter.com/DqbB6La6E1

Awww. Now back to the Cheerios commercial. Day before yesterday, someone at MSNBC tweeted the following:

Maybe the rightwing will hate it, but everyone else will go awww: the adorable new #Cheerios ad w/ biracial family.

Many conservatives and Republicans who had multiracial families, led by pundit Michelle Malkin, took to Twitter (using the hashtag #myrightwingbiracialfamily). Here's an example:

#MyRightWingBiRacialFamily brought to you by @MSNBC! A hashtag I can jump in with my gorgeous wife! @michellemalkin pic.twitter.com/MwYBeiUuy4

Like the one above, the #rightwingbiracial tweeters were overall pretty positive, and seemed to be more interested in celebrating their multiracial families than in busting on MSNBC (although there was certainly some of that, too). But conservative bloggers and columnists and the RNC got involved, creating a frenzy of righteous indignation that, frankly, struck me as less than genuine. MSNBC pretty quickly realized that it screwed up, and the network tweeted several sincere-sounding apologies and said "that's not who we are." In response, they got the Twitter equivalent of derisive hoots of laughter. Apology not accepted! RNC Chairman Reince Priebus called for a boycott of the network unless the President made a "personal" apology. When some noted that no Republican watches MSNBC anyway so why should MSNBC care about a Republican boycott?, it was clarified that Priebus said no RNC officials would agree to be interviewed on MSNBC. Oh, okay, then.

By yesterday afternoon, MSNBC cried uncle, with the President of the network making a public apology and announcing that the original tweeter had been "dismissed."

Should the tweeter have been fired?

As someone said last night,

Twitter = How get fired in 140 characters or less. #MSNBCCereals

I would have apologized, but I would not have fired the tweeter. Here's why.

First, in context, the tweet wasn't that bad -- after all, there had been so many racist comments in response to the May 2013 version of the Cheerios commercial that YouTube had been forced to shut the comments down. So the tweeter's qualifier wasn't coming completely from left field, if you'll pardon the expression.

Second, I suspect the tweeter really meant "racist" when he/she said "rightwing." Poor choice of words, and they don't necessarily mean the same thing, and maybe somebody working for a national TV network ought not to have made that mistake. But it hardly strikes me as a termination offense. At least he/she did not use "Republican" or "conservative" as a proxy for "racist."

Third, it appears to me that the tweeter's main objective was to praise the Cheerios commercial, not to bash conservatives (although he/she did a little of that, too).

Fourth, if this tweet was so bad, then why wasn't Ms. Harris-Perry fired for her segment on Mitt Romney's family? (NOTE - I wouldn't have fired Ms. Harris-Perry OR the anonymous tweeter. Apologies and maybe counseling or discipline were sufficient.)

In case you missed it, be sure to read my post from earlier this week on the Americans with Disabilities Act Amendments Act and temporary impairments. It's a big deal.

What I would have done

All right, Robin -- since you're so smart, what would you have done?

First, MSNBC may have done this, but I would provide supervision and a lot of guidance to the persons who were creating my company's social media "presence." I would not delegate social media to the lowest flunky in the newsroom just because he/she is young and maybe more adept with the mechanics of social media than the older folks. Judgment is important too, and one tends to acquire that with age and experience. I would recognize that, even with safeguards in place, it is impossible to supervise every social media contact and that, occasionally, a comment will be made (or tweeted) that is offensive to someone. Maybe even defamatory. That is part of being in "media." 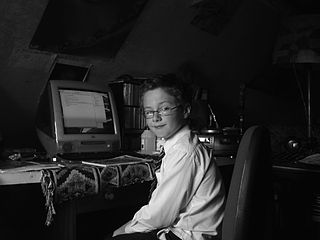 "Meet our director of Public Relations. He has an iPhone! With apps!"

Second, I would recognize that it is possible that a comment or tweet will be seized upon and claimed to be offensive when it really is not. This is especially true with a network that wears its political heart on its sleeve, like an MSNBC or a Fox News -- they have plenty of adversaries who are always looking for a fight. If the comment is objectively offensive, then I would take the action that is appropriate under the circumstances. But if the comment is not objectively offensive and the controversy appears to have been exaggerated or manufactured by adversaries, then I would stand by the communicator and wait for the controversy to blow over.

Third, in determining whether to take action against an inexperienced intern or low-level employee, I would consider the following, in addition to whether the comment was objectively offensive:

1) Was he/she acting under the instruction of someone else?

2) If not, did he/she submit the proposed tweet or comment for approval before it was posted? In which case, a more senior person had approved it in advance?

3) If not, was there anything in our organization's environment or "values" that might have given the tweeter the idea that this was appropriate?

4) Are we as tough on our seven-figure "talent" when they mess up as I want to be on this flunky J-school intern who has pimples and is a dime a dozen* but is still a human being who deserves to be treated fairly?

*My unfounded speculation about the person who was fired. Probably not accurate.

Robin, this is the big leagues. If you can't take it, go back to that copy desk in Dayton, Ohio.

What do you think? Would you have fired the tweeter in this case? I'd love to hear your thoughts in the comments.