I won't make this too painful - after all, it's Friday, and on top of that, the Final Rule on white-collar overtime exemptions under the Fair Labor Standards Act is due imminently. That will be painful enough. 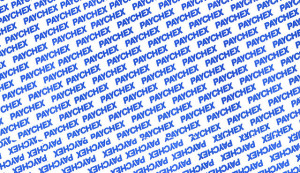 This quiz concerns wage payment, which is normally governed by state law, not the FLSA. Wage payment laws generally require that employees receive "all wages when due," and the laws vary from state to state. If you don't pay an employee properly under the FLSA, the employee may have claims against you for violation of the FLSA plus violation of your applicable wage payment law. It's also possible to violate a state wage payment law even when you have fully complied with the FLSA.

A. The amount that an hourly-paid employee gets per hour.

C. It depends on which state you are in, but B is more correct than A.

D. None of the above.

ANSWER: B is good, but the best answer is C. Wage payment laws vary, so be sure to check the laws that apply to you. But, yes, most wage payment laws define "wages" very broadly.

QUESTION 2: Most state wage payment laws require that the employer get what before making any deductions from an employee's wages?

A. A signed contract with the employee.

B. A court order.

C. Specific authorization from the state Department of Labor.

D. A written authorization from the employee to make deductions from wages.

ANSWER: D. Under most state laws, an employer can't make deductions from wages unless the employee gives permission in writing. (Other restrictions may apply, too.) The courts and the Department of Labor will be very annoyed if you ask them for permission every time you're about to make a deduction from an employee's wages. 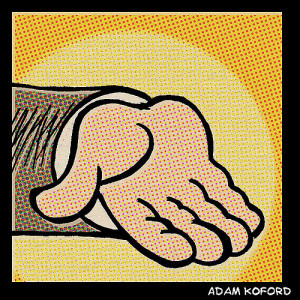 QUESTION 3: Your payday is every other Friday. On Wednesday, a week and a half before the next payday, you fire Chauncey. When should Chauncey receive his final paycheck?

A. Wednesday, the day of termination.

B. The next regular payday after termination, in this case Friday a week and a half afterward.

C. Never. Chauncey was a terrible employee and doesn't deserve to get paid.

D. When you have time to get around to it.

ANSWER: The correct answer is A if you're in California, but B in many other states. In many states, a terminated employee has to be paid all wages due on the next regular payday after the termination.

QUESTION 4: Your company policy says that employees earn, or accrue, two weeks (10 work days) of paid vacation a year, at the rate of 1.2 days a month. That's all the policy says. Doreen has been working for you for 10 years, and she is a workaholic and has never taken any vacation. At the end of May in Year 11, you fire her for working too hard and making everybody else look bad. In most states, what would be your vacation pay obligation to Doreen?

C. Oh. My. Gosh. Our policy doesn't have a forfeiture provision, and doesn't have a limit on carryover? Then we owe Doreen 20 weeks of vacation, plus the 6 days for her last partial year with us. And we have to pay it upon termination if we're in California, or on her next regular payday in many other states. Shoot me now.

ANSWER: The correct answer, I'm sorry to say, is C. Be sure that your vacation policy has a specific limit on carryover from year to year of unused vacation time (some employers limit the carryover to two extra weeks, and some employers allow no carryover at all). If you really can't stand to pay vacation to a terminated employee, then make sure your policy clearly says that unused vacation will be forfeited if the employment ends for any reason. (Again, check your applicable state law to make sure that forfeitures are allowed.)

And even if you amend your policy to say all that, you may not be able to apply your new policy retroactively. In other words, if employees have already accrued their vacation time under your old policy, you may have to let them keep it, although you can apply the new policy to vacation time that they accrue in the future. 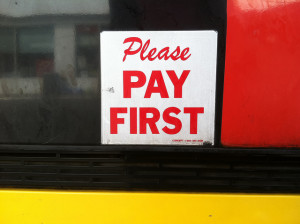 QUESTION 5: You and Sven, age 41, have decided to part company. Sven is paid on the 15th of each month, and his last day of work will be May 27. He has 4 weeks of accrued, unused vacation. You offer Sven a separation agreement and agree to three months of severance pay if Sven signs the agreement. Sven signs. Assuming you are not in California, how do you handle his pay?

A. I don't have enough information to be able to answer this question. Of course, Sven gets his pay for time worked and his vacation on June 15, if not earlier. But for the severance, did the agreement have an age waiver? If so, when did Sven sign, and when does Sven's seven-day revocation period expire? Will it expire before or after the next payday on June 15? Will the severance be paid in a lump sum, or on Sven's regular paydays?

B. Let's see . . . Sven's next payday would be June 15. So, assuming Sven signed swiftly, Sven's seven-day revocation period would end before then, so if he didn't revoke, I'd just pay him his first month of severance, plus his pay for time worked and his four weeks of accrued vacation, on that next regular payday of June 15.

C. Let's see . . . Sven may take his full 21 days to consider the agreement, which would get him past the next regular payday on June 15, and then we have to let him have 7 days to revoke . . . so I would pay his 10 days' pay for time worked and his accrued vacation on June 15. Then, assuming all went well with the agreement, I'd start the severance on July 15 or (if lump sum) pay it all on July 15.

D. If Sven hasn't accepted or affirmatively rejected the agreement by June 15, I'd just wait until July 15, by which time we'll know for sure what he plans to do. Then I'll pay his 10 days' pay, his accrued vacation, and his first month of severance, all on July 15. If Sven doesn't sign, Sven doesn't get paid. Period.

ANSWER: Actually, A, B, or C could be correct. Answer D is the only one that is clearly wrong because Sven wouldn't be getting his "wages" (his pay for time worked and his accrued unused vacation) until the second regular payday after the termination date -- if ever. You can't hold an employee's true "wages" hostage while waiting to see whether he signs a separation agreement. By law, he is entitled to that money on time, no matter what. (But you can and should hold the severance pay until you know for sure that you have a deal.)

5 correct: "Far exceeds expectations." You are a wage payment guru!

2 correct: You have "development opportunities," but nothing that a day-long class at your employers' association can't fix.

0-1 correct: Wage payment PIP. You may be good at earning wages, but you'd better let someone else pay them.