One of EEOC's first transgender lawsuits has settled

Last September, I posted that the EEOC had filed its first two lawsuits against private employers alleging discrimination based on gender identity.

The EEOC announced this week that one of the lawsuits -- against Lakeland Eye Clinic of Florida -- has settled. The Clinic has agreed to make two payments of $75,000 to Brandi Branson, who had been the Clinic's Director of Hearing 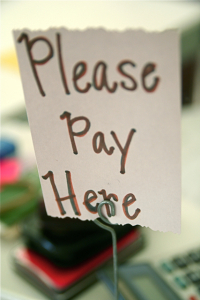 Services. According to the lawsuit, Ms. Branson was hired as a male and began transitioning to female after about six months on the job. The lawsuit claimed that doctors all but stopped referring patients to her and that her position was eventually eliminated in a bogus "RIF." (A replacement was reportedly hired into the "eliminated" position only two months later.)

The EEOC alleged that the Clinic violated Title VII by discriminating against Ms. Branson because of her sex (failure to conform to gender stereotypes).

In addition to the payments, the Clinic has agreed to adopt a policy against discrimination because of gender identity or gender stereotyping, and to conduct training for management and employees on the subject.

The other EEOC lawsuit, against a funeral home operation in the Detroit area, is still pending.

In case you had not noticed, the federal government is serious about LGBT issues. In addition to these two EEOC lawsuits, the Office of Federal Contract Compliance Programs now requires federal contractors to include sexual orientation and gender identity as protected classes in EO statements, purchase orders, and other required documentation, and to provide training. And EEOC Commissioner Chai Feldblum reported last October that charges alleging LGBT discrimination are on the increase.