“Overqualified,” or just too old?

(Not an actual letter from Mr. Kleber.

Last week, I received a scathing comment from Dale Kleber, a Chicago-area lawyer and a plaintiff in an age discrimination lawsuit. Mr. Kleber did not like my gut reaction to his lawsuit, which was based on an article that I’d read in The Washington Post. It appeared to me that Mr. Kleber — then a 58-year-old lawyer with roughly 30 years of experience, including experience as a CEO of a dairy industry trade group, Chief Legal Counsel, and General Counsel — was rejected for a low-level in-house staff attorney position because he was overqualified for the position, not because he was 58 years old.

Prompted by Mr. Kleber’s comment, I have now read the court papers (well, a lot of them, anyway).*

*Mr. Kleber’s case is currently on appeal to the U.S. Court of Appeals for the Seventh Circuit, but it is still in the very early stages. For you procedural nerds, I’ve included a summary at the end of this post. Non-nerds can skip it.

Now that I know more about Mr. Kleber’s lawsuit, I haven’t changed my mind. In other words, I still think he was rejected for being overqualified.

Can’t “overqualified” be a code word for “too old”? Yes, but not necessarily. Read on!

Among the jobs he applied for was a staff attorney position for CareFusion Corporation. The advertisement sought someone with 3-7 years of legal experience. Mr. Kleber, along with 108 other people, submitted an application, which was received, but he was not invited for an interview. CareFusion allegedly hired a 29-year-old instead. Presumably, the 29-year-old had a law degree and maybe 3-4 years of legal experience. (I’m guessing at the experience, but law graduates are about 25 years old if they go straight from high school to college to law school.)

Is “overqualified” a proxy for “old”?

For the sake of our discussion, I will assume that “overqualified” people also tend to be “older” people. Generally speaking, older people have more years in the workforce, and they also have had the chance to progress in their work from “baby” levels to ever-increasing levels of responsibility and sophistication. Let’s use Mr. Kleber’s LinkedIn page as an example. He graduated from Vanderbilt School of Law in 1983. His first job out of law school was as an associate in a big law firm. From there, he became an in-house attorney. His next job was Vice President, Secretary and General Counsel for a large corporation, where he reported directly to the CEO. A couple of positions later, he became CEO of the dairy association. As of today, Mr. Kleber has been a legal professional for roughly 34 years.

Apart from age, why wouldn’t an employer want an “overqualified” employee?

HR readers can correct me if I’m wrong, but my best guess is that an HR information system at CareFusion looked at the 108 applications that came in and immediately culled out those that did not meet the requirements specified in the ad (including Mr. Kleber’s resume) without further ado. Then the humans in HR reviewed the applications of the people who met the minimum qualification requirements, decided whom to interview, and assisted with the selection of the 29-year-old.

But is that a good way to hire? Shouldn’t CareFusion be thanking its lucky stars that a guy like Mr. Kleber needs work and is willing to take this huge “demotion”? 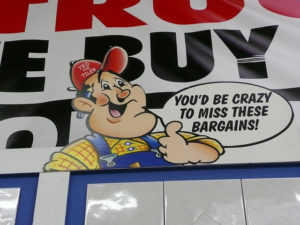 Not necessarily. Here are three reasons why an employer might not think “overqualified” employees are such a bargain:

Reason No. 1: Money. Right now, Mr. Kleber wants a job, and he says he doesn’t care about getting his previous level of compensation. If he’s been unemployed or underemployed for a few years, then I can easily believe that. But as his prospective employer, I’d be worried about that huge cut in pay. Will Mr. Kleber take the job because he’s desperate, and then immediately resume his job search? Maybe not, but as the employer I’d be worried about “maybe so.” And even if he doesn’t look elsewhere, will he be bitter and miserable? Will he be constantly complaining about his relatively low pay? Again, maybe not, but as an employer, I might not want to take that chance.

Reason No. 2: Responsibility. For almost three years, Mr. Kleber ran a freaking trade association.And now he’ll be drafting contracts, reviewing documents, and performing other relatively routine, low-level work that he probably hasn’t done since he left his first legal job in 1986. Will he even rememberhow to do that stuff? Maybe so. Maybe it will be like riding a bicycle. And maybe this simpler work will be Zen to him, after all he’s been doing in the past few years. But maybe not. Maybe he’ll start trying to find ways to do work that he finds more challenging and interesting. Instead of, you know, the work that the company actually hired him to do. The other thing that can happen with bored employees is that they begin to neglect even their simple assignments — because they just can’t be bothered. But even though contracts and documents is not the most exciting legal work in the world, it’s important, and the consequences of sloppy work can be serious and expensive. Maybe none of this would be an issue. But maybe it would. 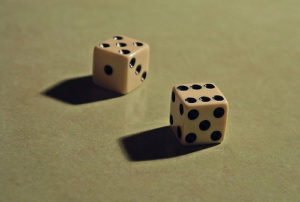 “Ehhhh — too much of a crapshoot.”

Reason No. 3: Interpersonal relationships. If you’re paid way less than you think you’re worth and also bored to death, will that will start to show in the way you interact with co-workers and with your chain of command? Let’s take co-workers first. Will Mr. Kleber be inclined to instruct (in a haughty tone) his peers about how to do their jobs, since he has so much more experience than they do? Will he be inclined to tell his peers that he knows better than their supervisors and that they should take his advice rather than follow the direction they have been given? Maybe not, but maybe so. Maybe without even meaning to come across that way. How about his relationship with the 10-year attorney who has been assigned to supervise him? Will he be able to accept direction from this relative greenhorn? Will he be inclined to tell the 10-year attorney how to do her job? Will he try to undermine her in other ways, even with her own bosses? Will he be resentful that she is his boss and that he — a former CEO, Chief Legal Officer, and General Counsel — is the underling? Maybe not. But maybe so. 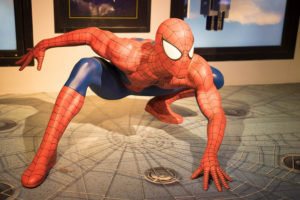 Bonus reason: “Spider sense.” Mr. Kleber’s lawsuit alleges that he “involuntarily resigned” from the dairy association. According to trade publications (see here, and here on page 9), in 2011 he was saying only that he had “resigned,” citing “philosophical differences.” (The 2016 Washington Post article I read also said that he had resigned, implying that it was voluntary.) If I were his prospective employer, I’d worry about his judgment if he quit voluntarily without having another job. On the other hand, if he was asked to resign, I’d worry about why. There may be good explanations for all of it, but it’s a bit of a red flag.

An HR professional isn’t clairvoyant, but his or her job is to try to make good hiring decisions that won’t blow up in everyone’s faces. Mr. Kleber’s search for a lower-level job might have been more successful if he had applied for jobs where he knew someone, or knew someone who knew someone, who could vouch for his sincere willingness to diligently perform a low-level job with gratitude and without resentment. (He have tried this – I don’t know.) 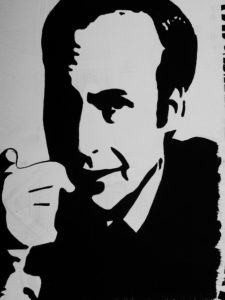 In short, my prediction at this very early stage is that a court will ultimately find that CareFusion did nothing unlawful in rejecting Mr. Kleber for employment. Although being “overqualified” is frequently correlated with age, there are plenty of non-age-based reasons for an employer to steer clear of an overqualified applicant.

*Law nerds, here is the deal with the lawsuit. Mr. Kleber sued for “disparate treatment” age discrimination (he claims that CareFusion intentionally discriminated against him because of his age), and for “disparate impact” age discrimination (he claims that CareFusion’s requirement of no more than 7 years’ legal experience had the effect of screening out older applicants, who would be more likely than younger applicants to have more than seven years’ experience).

A federal judge in Chicago dismissed the disparate impact claim based on Seventh Circuit precedent saying that job applicants cannot assert claims for disparate impact under the Age Discrimination in Employment Act. The judge did allow the disparate treatment claim to go forward, but Mr. Kleber asked the court to dismiss that claim, too, so that he could immediately appeal the dismissal of the disparate impact claim. The AARP and another public interest group have filed briefs on his behalf. The U.S. Chamber of Commerce has filed a brief on behalf of CareFusion.

If Mr. Kleber wins at this preliminary stage at the Seventh Circuit, that would mean only that he will be able to assert a claim for disparate impact based on his status as a job applicant. It doesn’t mean he will win his case. He will still have to prove that the seven-year maximum really did have a disparate impact on older applicants. Meanwhile, CareFirst can prove that its seven-year maximum was based on a “reasonable factor other than age,” which would be a defense to both age claims. The parties would have to engage in discovery (evidence might include the company’s reasons for the seven-year cap, the other individuals who applied for the job — including whether there were any older applicants with 3-7 years of experience and, if so, what happened to them — and the relative qualifications of the successful 29-year-old). Presumably at some point CareFusion, Mr. Kleber, or both would file a motion for summary judgment based on the evidence.