By Robin Shea on 10.24.13
Posted in Discrimination, Harassment, Wage-Hour

(Please note: This week's "Friday" post is up a day early because our platform is getting a system upgrade beginning tomorrow and through the weekend. The blog will be available for viewing, but we will not be able to post anything new until Monday. So if you submit a comment after today and don't see it right away, please don't worry - we will have it up the first of next week. Thank you for your patience!)

In honor of Halloween, here are some employment law 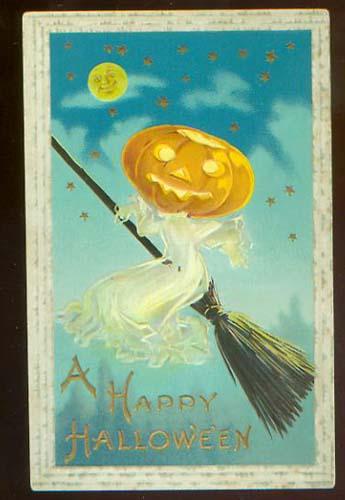 developments in the news, and my take on whether they are "tricks" or "treats." Please share your own views in the comments.

Lady Gaga settles overtime lawsuit. Lady Gaga's former personal assistant, Jennifer O'Neill, sued Lady Gaga for unpaid overtime, and in September a federal judge in New York City refused to throw out the lawsuit. The case was scheduled to go to trial November 4, but now it is settled for an undisclosed amount.

Both. It's a treat for Lady Gaga because she did not perform well in her deposition and might have been just as bad in a jury trial. But it's a trick for the rest of us, who would have had so much fun watching.

Live, from New York! After an unpaid intern was found unable to sue for sexual harassment under the New York Human Rights Law because she was not an "employee," the state legislature is now considering a bill that would provide civil rights protections to unpaid interns. In somewhat-related news, Gov. Andrew Cuomo has signed a state law providing workplace protections to child models, who have historically been treated as independent contractors.

Overall, a treat. The intern could have sued for a lot of things besides "sexual harassment" based on the alleged groping of her boss, as I pointed out two weeks ago. The judge, in dismissing her case, fairly applied the law as it currently exists, but that doesn't mean that the legislature can't decide to change the law. As for legal protection for child models? What on earth took them so long? (The new child modeling law applies to models under the age of 18.) 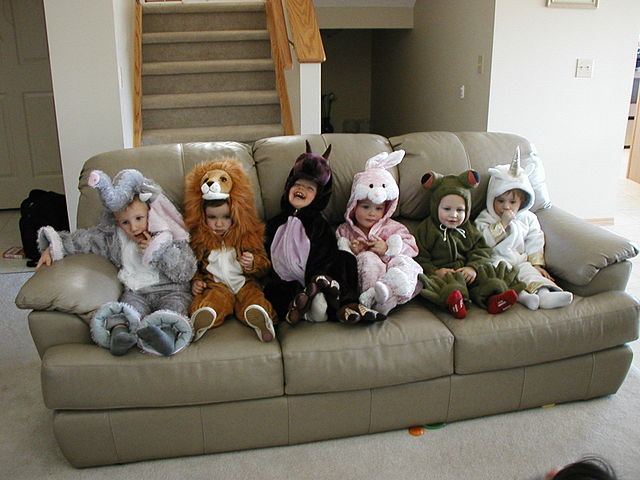 We demand our wages in candy corn and Skittles!

Highlighting while black? Farryn Johnson, an African-American waitress at a Hooters in Baltimore, has sued the chain for race discrimination, saying that she was fired because she highlighted her hair and, according to management, "Black women don't have blonde in their hair." According to Ms. Johnson, her managers allowed Asians to dye their hair red and Caucasians with black hair to have blonde highlights, which is all Ms. Johnson wanted to do.

I suspect a trick. Hooters probably has a right to insist that its "girls" bleach or dye their hair in colors that occur in nature, and that would of course vary depending on race and ethnicity. I'm not sure that's discriminatory. But if Ms. Johnson is correct, and if they allowed Asian and white, but not African-American, "girls" to color their hair in non-natural ways, then the chain could have a problem. Hooters has refused to comment on the lawsuit, and Ms. Johnson looks respectable in her photo in the linked article. All that having been said, I have a feeling there is more to this story -- maybe a much more outrageous coloring job at the time of termination? (Ms. Johnson was terminated in August, so she's had plenty of time to tone down her hair for the news photos.)

Shutdown, and health care error 404. Of course, the feds are now back at work, and Congress authorized them to receive full back pay for the period of the government shutdown. But according to this article, in Oregon the furloughed workers will also get to keep their unemployment benefits because of a state law "loophole" that is currently under review. Meanwhile Secretary of Health and Human Services Kathleen Sebelius says that President Obama was not informed about the severe technical problems with the healthcare.gov website until approximately two days after the launch.

Both. I hate to see anybody out of work, so back pay for the federal workers is a treat, in my opinion. But I do hope that Oregon will close the loophole that allows "double-dipping," or if not, that the furloughed workers will do the right thing and voluntarily pay back the unemployment once they receive their back pay. Keeping it would not send a good message to the regular folks who get laid off by private employers with no reinstatement and no back pay.

Regarding when the President knew the ACA website was a bust, I suspect a trick. I don't find Secretary Sebelius's story very credible. If it's true, should she be running HHS? 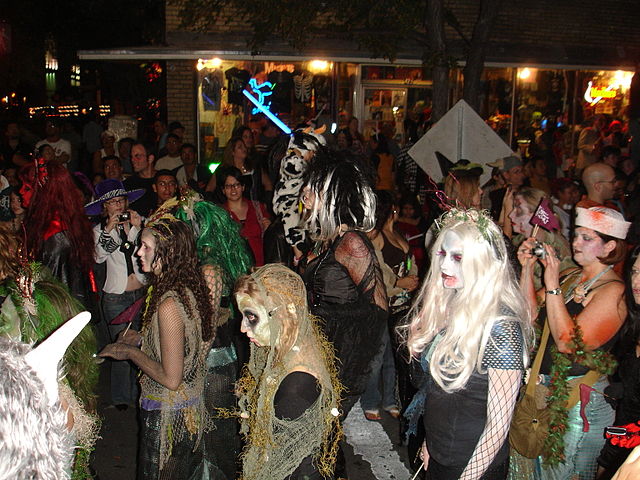 Waiting to sign up for health care. It's taken a loooooong time.

Pharmacist files ADA class action against Walmart over refusal to hire pharmacists who've been subject to professional discipline. The following is all based on the plaintiff's lawsuit, so it may or may not be true: In 2011, Walmart put in place a nationwide policy banning pharmacists who had been disciplined by the applicable state pharmacy board. A pharmacist in Washington state, whose license was suspended for five years because of addiction to prescription drugs, has filed a putative class action alleging that Walmart's policy violates the Americans with Disabilities Act. According to the plaintiff, Walmart's policy has a disparate impact on recovering drug addicts. (The plaintiff's license was restored years ago, and he successfully completed rehabilitation.)

Trick, as in "ridiculous lawsuit" (but unfortunately true). According to this guy's own lawsuit, his pharmacy license was suspended for abuse of prescription drugs. And he was a pharmacist. He alleges that he worked for Walmart's pharmacy for four years after having fully disclosed his suspension and the reasons for it, but then Walmart changed its policy and terminated his employment. That is a bummer, I agree. But even though a past addiction renders a person "disabled" within the meaning of the ADA, the "disability" does not shield the individual from the consequences of misconduct, even if the misconduct was in the fairly distant past. And I feel sure that Walmart terminated him based on his licensing issue, not his addiction. 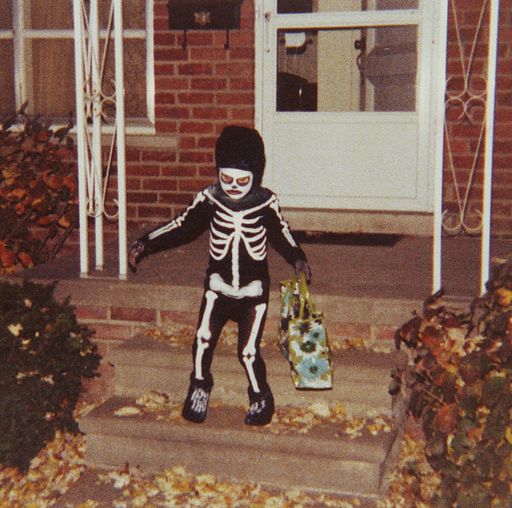 Keep reading . . . this last one will scare you employers to death!

EEOC sends mass email through employer's system. Employer sues. EEOC moves to dismiss lawsuit. Case New Holland, a Wisconsin company, was being investigated by the EEOC for alleged age discrimination. While the investigation was taking place, and before any determination had been made, and without notifying the company, an EEOC investigator sent a mass email using the company system to about 1,000 employees, saying that the company was under investigation and soliciting information about discrimination. Many of the recipients of the mail bomb (OK, it wasn't really a "mail bomb," but still --!!) were in management, which means that anything they say could legally bind the company.

Case New Holland got mad and sued the EEOC and the individual investigator, Chetan Patel of Baltimore, who reports to the Philadelphia office. Now the EEOC has filed a motion to dismiss the lawsuit, claiming that the court has no jurisdiction and that Case New Holland has failed to state claims for which relief can be granted.

One or the other, depending on how it turns out. What the EEOC is doing is a trick (they should be grovelling on the ground and begging for mercy for what they did, IMHO), but if Case New Holland wins, it will be a treat. This was an outrageous tactic, and not at all typical of the EEOC investigators I've dealt with, thank Heavens. If the EEOC gets a dismissal on the basis of standing or ripeness, or some other ground that isn't based on the merits of the case, then I hope the court will at least give them a strong verbal slapdown while finding in their favor. If the EEOC wins on the merits, then employers will need to think hard about how to protect themselves and their email systems from such intrusive governmental -- intrusions. (Channeling Ron Swanson!)

And one final "treat" -- at least for me. On Tuesday next week (October 29), this blog will celebrate its third anniversary. Thank you all for your readership, your insightful comments, and your support. I hope that we have many more years together!