Smile when you say that!

By Robin Shea on 4.24.20
Posted in Labor Relations, Social media

Online snark can be an unfair labor practice.

If you're going to joke on Twitter about what you'll do to employees if they unionize, be sure to add something -- anything -- that makes it clear you were joking.

Kenneth W. Chu, an Administrative Law Judge of the National Labor Relations Board, found this week that FDRLST Media, of which webzine The Federalist is a division, committed an unfair labor practice when Executive Officer Ben Domenech (husband of Meghan McCain) emitted this tweet after writers at another media organization organized: 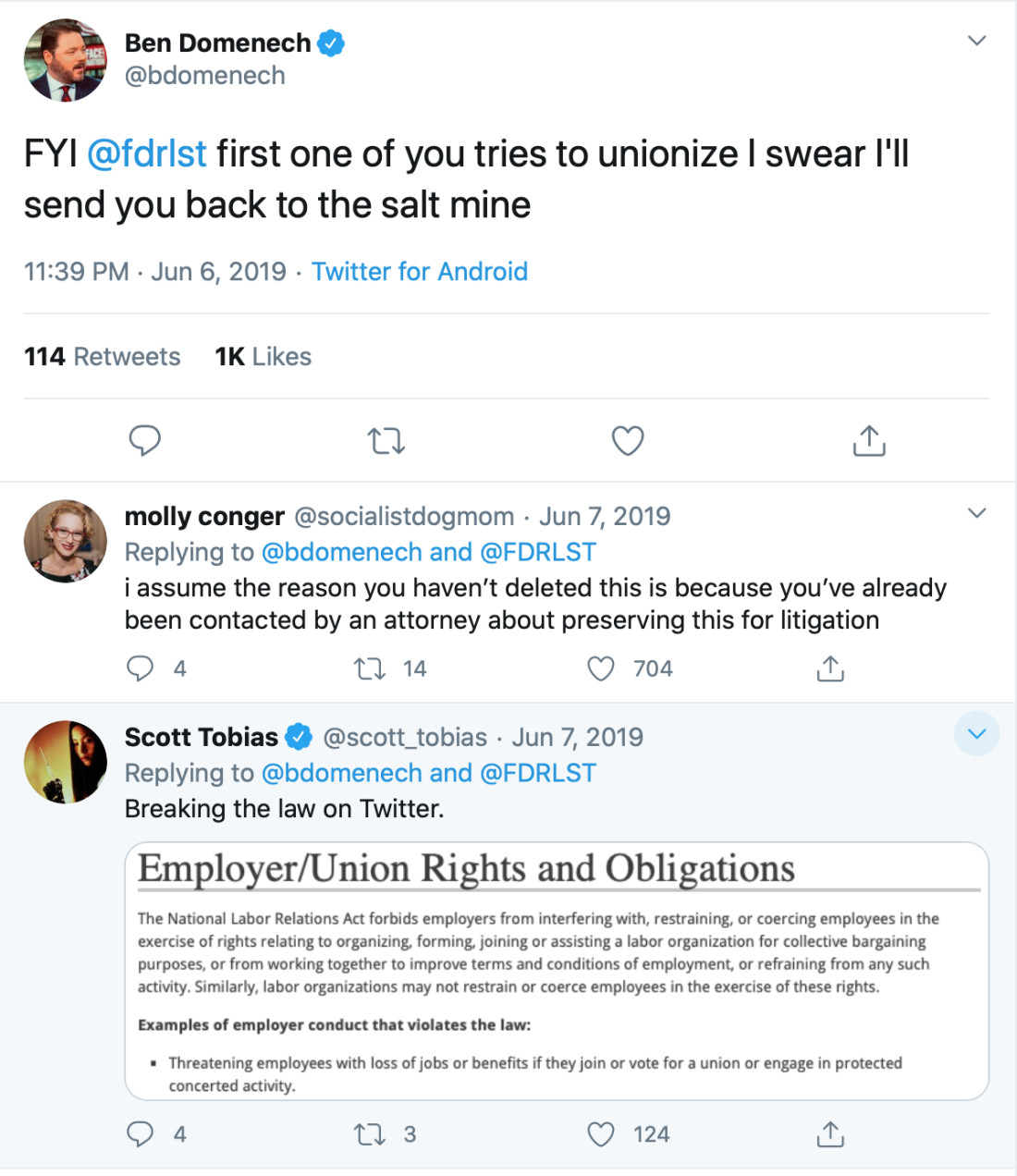 A lawyer who had no affiliation with Mr. Domenech, FDRLST, or The Federalist, filed an unfair labor practice charge based on the tweet. Yeah, apparently that can be done.

The moral of the story: Watch what you tweet. Assuming this really was just a joke, here are some things Mr. Domenech could have added to his tweet to make that more clear:

But Mr. Domenech didn't, so ALJ Chu found that his tweet could have had a chilling effect on the exercise of FDRLST workers' Section 7 rights under the National Labor Relations Act.

At least, all FDRLST has to do is post a notice promising that it will comply with the law in the future. The ALJ didn't even order Mr. Domenech to remove his tweet. (Which is how I managed to get a screen shot of it yesterday, tehe.)